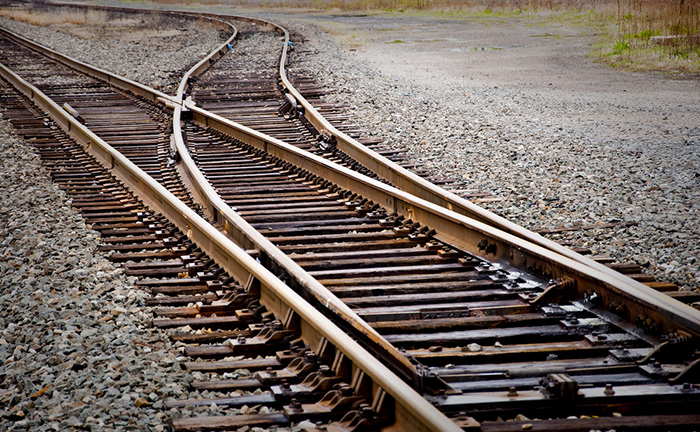 The National Industrial Transportation League's reciprocal switching proposal was first made in 2011 and, while the rail and intermodal shipping industries have changed since then, railroad opposition to the matter has remained as strong as ever.

WASHINGTON — U.S. federal rail regulators have proposed a new rule that would allow shippers without access to other transportation modes to request their freight be moved to a competing rail line. It’s a controversial proposition, one that shippers say will save millions and help them navigate the nation’s intermodal network, but railroads argue it will cost billions and slow the nation’s supply chain.

The U.S. Surface Transportation Board’s proposal to permit so-called “reciprocal” or “competitive” switching met a warm welcome from shippers who have complained for years that the standards today have allowed freight rail rates to soar while service deteriorates.

According to the National Industrial Transportation League, which represents roughly 700 individual companies, shippers with access to only one line, who refer to themselves as “captive shippers,” could save approximately $900 million annually under the proposed rule. The proposal would also help make the railroads more competitive, said the group, which first petitioned the STB for the change back in July 2011

Not so, has been the response from the U.S. rail industry, which had some icy remarks for the STB in the wake of Wednesday’s announcement. According to freight rail groups, reciprocal switching forces the railroad industry and users of the rail network to assume enormous risk and take on extreme costs.

The STB proposal could actually cost U.S. railroads nearly $8 billion in revenue, according to the Association of American Railroads, the largest U.S. rail lobby, which cited STB figures from 2010. That money that could go toward infrastructure improvements for the nation’s 140,000 miles of railroad, the group said, but would be lost under the new proposal.

STB officials in an official statement thanked the 700 members of the league for bringing the petition forward but reminded industry players the proposal must still face a period of additional public comment before it can enter the rulebooks.

Under the proposed rule, a shipper seeking reciprocal switching must show that the arrangement is “practicable and in the public interest” or “necessary to provide competitive rail service.” The STB would then make its findings based on evidence presented by the shipper and the railroad.

It differs from the standard existing today. While reciprocal switching was envisioned by the Staggers Rail Act signed into law back in 1980, it has never been allowed at the STB.

“Our member companies across a host of industries need this type of competitive, market-based rail transportation alternative,” Jennifer Hedrick, executive director of NITL, said in a statement. “NITL is grateful that the board is providing a forum for stakeholder comment, and we look forward to responding on behalf of our members following further review and analysis of the STB’s decision.”

The freight rail industry’s position has remained unchanged since the rule was discussed during the legislating of the Staggers Act more than 35 years ago. According to the rail industry, reciprocal switching constitutes “forced access” and is an ill-conceived approach that compromises the efficiency of the entire network by gumming up rail networks through added interchange movements and increased operational complexity.

The AAR said Wednesday that while it acknowledged the complexities the STB had to take into consideration before arriving at its proposal, the group maintains the board should have dismissed the petition.

“Imposing new regulations like this are a step backward from the deregulatory path that has allowed railroads to make the capacity investments required to meet customer demand and further modernize a nationwide rail network that benefits shippers and consumers,” Edward R. Hamberger, AAR president and CEO, said in a statement.

Hamberger noted existing STB regulations already protect rail shippers as railroads voluntarily switch traffic under the current system, and by law, if freight must rely on two railroads to get from its origin to final destination, railroads must cooperate to move the shipments.

In an op-ed piece for the Wall Street Journal, Hamberger wrote that some shippers “want to force railroads to open up their tracks and facilities to other railroad competitors in order to obtain lower shipping costs.”

Allowing NITL’s petition to become policy, Hamberger argued in his op-ed, would “upend the logistical efficiencies that today benefit all customers using the U.S. rail system.”

The AAR’s response has made it clear the freight rail industry is not done fighting yet.

Public comments on the STB proposal are due by Sept. 26 and replies are due no later than Oct. 25.

“I encourage all stakeholders to participate in the notice and comment process and I look forward to meeting with them to hear their views directly,” STB Chairman Daniel R. Elliott III said in a statement.