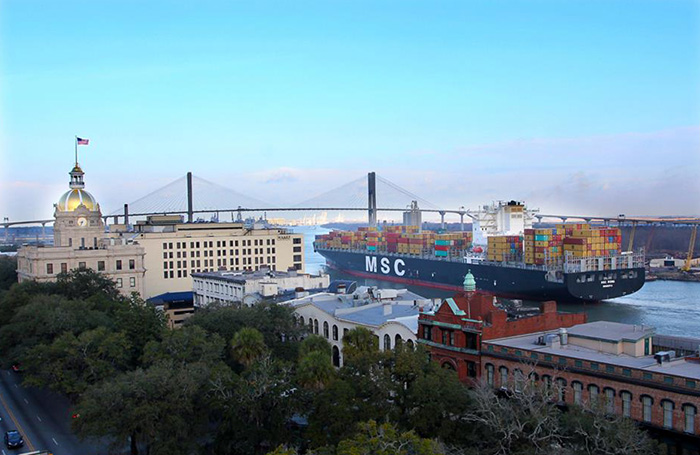 The ports of Savannah and Charleston together accounted for nearly 25 percent of the traffic moving through the East Coast in 2016.

WASHINGTON — US maritime regulators on Friday cleared the way for an alliance between the Georgia and Virginia port authorities, a partnership aimed at giving the ports an edge attracting new ocean services and finessing best practices.

The Federal Maritime Commission’s (FMC's) unanimous decision not to block the East Coast Gateway Port Terminal Agreement, the first of its kind in the United States, sets a precedent for port partnerships of this kind. Port alliances were discussed at the American Association of Port Authorities Spring Conference in Washington this week, where attendees told JOC.com, many more port authorities and terminal operators floated the prospects of similar agreements in closed sessions.

Under the terms of the Georgia-Virginia agreement, the ports of Virginia and Savannah will be able to jointly acquire operating systems and equipment; meet to share information on cargo handling, gate operations, turn times, staffing, and infrastructure; jointly draft agreements with carriers, shippers, and other terminal operators; and sync marketing materials to attract joint services, alliances, and carrier network agreements.

The FMC made clear on Friday, however, that “this agreement does not permit the two port authorities to jointly negotiate, set, and approve terminal rates or charges.”

Ports up and down the East Coast are preparing now for the mega-ships deployed by the new ocean carrier alliances that launched April 1. Vessel-sharing agreements among carriers and the larger vessels themselves are expected to significantly limit the number of port calls carriers make, which means fewer ports could see larger discharges of cargo. Georgia and Virginia’s port directors have told JOC.com, their thought is Savannah and Virginia could fare better competing as a team against other US ports competing individually for major carrier services.

Georgia and Virginia are the busiest operating ports on the US East Coast, according to data from PIERS, a sister product of JOC.com. But individually, the ports handled just 13 percent and 11.6 percent of the coast’s total throughput in 2016: Savannah handling 1.5 million TEUs, Virginia handling 1.3 million TEUs. Together, though, the two ports handled almost 25 percent of the East Coast’s total traffic.

“There’s a lot of dialogue that goes into that planning process. If you could have two of the three major US ports on the East Coast to go into that conversation and talk, not about pricing, but operations, there’s a lot there,” Griff Lynch, executive director of the Georgia Ports Authority, told JOC.com in February.

That’s a different tone than the one set by previous terminal operator alliances in Hong Kong and Miami, among other locales, which are geared more toward widening profit margins for terminal operators.

The East Coast Gateway Port Terminal Agreement will go into effect Monday. The FMC said it will be up to the individual parties when and how they want to begin operations under the new agreement.