Rail reform bill on track to clear Congress this week

Rail reform bill on track to clear Congress this week 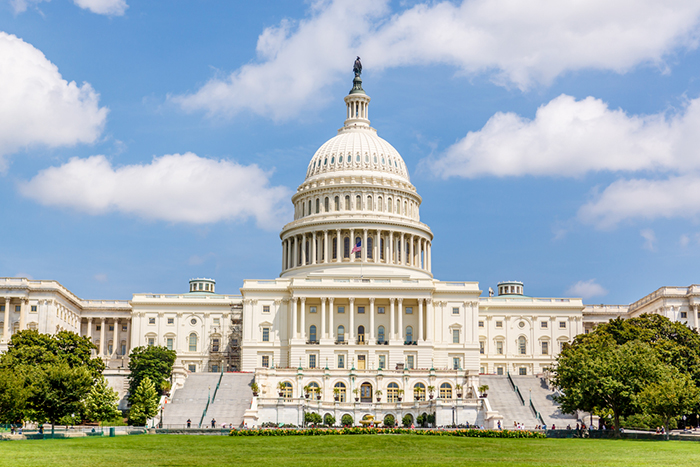 WASHINGTON — U.S. lawmakers are expected to pass an overhaul of the Surface Transportation Board, giving the nation’s main freight rail regulator more teeth to crackdown on service issues and boost competition in the industry.

The bill’s sponsors say they are confident the legislation will arrive on President Obama’s desk before the new year.

Under Thune and Nelson’s plan, the STB would gain expanded investigative powers, additional funding and two more chairs, bringing the total membership from three to five.

The additional two members will allow the board to discuss matters outside of public hearings, which was impossible under under current administrative rules that require open hearings if a majority of the regulatory body meets.

Additionally, the bill allocates $176 million over the next five years, up from the $31.4 million the STB got in the fiscal year that ended Oct. 1 and a more far-reaching allocation than the single-year extensions the STB has received since its authorization expired in 1998.

Thune and Nelson’s bill also eliminates holdover limitation and allows for limited board meetings without initial public meeting notice, but with later public disclosure. The bill also allows the board to initiate some investigations, not just respond to complaints, and would require the STB to establish a database of complaints and prepare quarterly reports on them.

Thune and Nelson’s bill would change the case review process, too, requiring the board to establish timelines for stand-alone rate cases and a report on rate case methodology. The bill would also codify an arbitration process for certain rate disputes and carrier complaints.

Since 1996 and the dissolution of the Interstate Commerce Commission, the STB has had economic regulatory oversight over U.S. freight railroads. Run by a three-member, bipartisan board, the agency has jurisdiction over railroad rate reasonableness, mergers, line acquisitions, new rail-line construction and line abandonment.

Since 1996, however, the STB has never been reauthorized or “substantively reformed,” according to Thune and Nelson.

Considered one of the most ambitious directives on rail oversight in the past two decades, the bill has been met with high praise from the likes of the American Chemistry Council, Consumers United for Rail Equity and others rail shipper groups, representing soybean farmers to scrap recyclers. Even the rail industry, which originally opposed a similar reauthorization bill that failed to pass Congress last year, has lent its support to the latest legislation.

Shipping delays beset U.S. railroads in 2014, as record grain harvests and oil production strained the nation’s rail network. Farmers complained that oil shipments from the Bakken shale formation received special treatment over crops. Rail officials said aging tracks and a shortage of train cars, locomotives and crews were behind the delays. All agreed that a recovering U.S. economy was putting more business on the rails overall.

The Association of American Railroads, the main U.S. rail lobby group, initially expressed strong reservations over Thune and Rockefeller’s pitch for STB reauthorization in 2014. AAR President and CEO Edward R. Hamberger said railroads had several serious concerns with the Thune-Rockefeller bill, first among them legislation that would give the STB the authority to cap rates and require railroads to turn over traffic to competitors.

AAR warned Congress in September 2014 that if the Thune-Rockefeller legislation proceeded without alteration it "would harm the nation's railroads' ability to move what the economy demands and deliver the service shippers expect. The railroad industry would not be able to continue to reinvest record amounts of private capital into the freight rail system if the STB Reauthorization Bill passes in its current form."

A year later, AAR has changed its tune.

“The freight rail industry thanks the Senate Commerce Committee for its leadership and the attention spent working to address the concerns important to the railroads,” the group said in a statement. “The bill, as introduced, should not be opposed.”

Thune and Nelson’s bill passed a Senate vote in June under unanimous consent, meaning there was no formal recorded vote. House leadership scheduled the bill on the calendar for a possible vote on Tuesday, but no vote occurred. The bill, however, is still expected to pass without objection sometime this week.