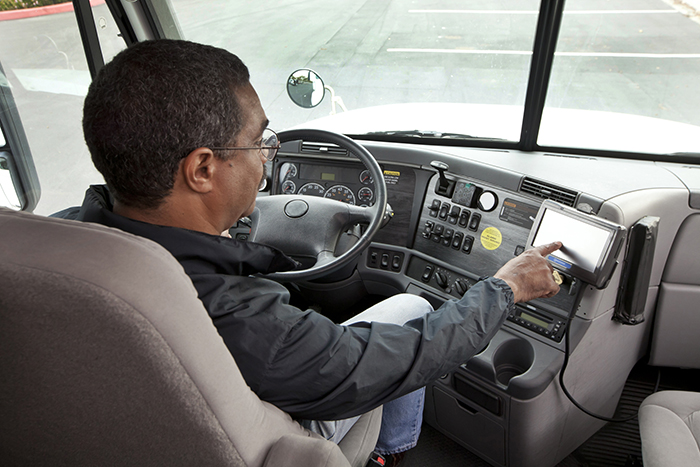 A U.S. federal mandate requiring truck drivers to use electronic logging devices by the end of next year won’t necessarily be the harbinger of a long-anticipated “capacity crunch” on the road for longer hauls or the boon to business on the rails that some have predicted.

The final rule issued December 10 will require approximately 3 million truckers to switch from paper logs to electronic logs and install some type of electronic device by December 2017. Even before the final rule was issued back in 2015, transportation analysts were predicting that the rule would force truckload drivers and carriers who have been conducting business in violation of hours-of-service requirements out of the market, tightening capacity.

It won’t just be impacting those truck drivers in the TL sector, but also the drivers on those shorter first- and last-mile legs of the intermodal supply chain, according to intermodal industry leaders.

“I sort of feel like it’s going to affect the truckers and the intermodal segments fairly equivalently,” Adriene Bailey, vice chairwoman of the Intermodal Association of North America, said during a recent roundtable discussion with JOC.com.

According to Bailey, who is also chief strategy officer at third-party logistics provider Yusen Logistics’ Americas division, there are at least three popular assumptions in the industry that should be put to rest before December 2017.

“Certainly our industry is going to see an impact,” Ken Kellaway, co-founder, president and CEO of national drayage operator RoadOne Intermodalogistics, told JOC.com. “It’s going to put pressure on all areas of the industry I think, truckload and the final-mile space.”

Kellaway estimates the ELD mandate will have a roughly 15-plus percentage point impact on drayage capacity in the market. “And that’s probably fairly conservative.”

It’s a large number, but the second assumption Bailey highlighted is the notion that the mandate will have an immediate and sudden impact on capacity, the “crunch” of the so-called “capacity crunch.”

“If I’m a smart trucker, I already have that ELD capability and I’ve already earned efficiency in my operation through automation and optimization,” Bailey said. “If I’m the trucker, I’d be jumping on that bandwagon already.”

Players in the drayage field such as Kellaway and David W. Manning, president of Nashville-based motor carrier TCW, who joined Bailey on the roundtable, are already implementing ELDs in their fleets. Staging implementation over the next year and a half will dull any capacity crunch in both the TL and drayage sectors.

There are exceptions to the ELD mandate and carriers whose drivers move freight fewer than 100 air miles are not required to implement the new devices in their cabs, but Kellaway said that with some drivers going over and some under, it made more sense to shoot for full compliance than take a risk.

“We’ve decided to go into full compliance,” said Kellaway. “We just feel it’s going to be in our best interest long term to make sure we’re doing things properly.”

And there are cost benefits to to be realized with the ELD mandate, and one that is already materializing.

According to Manning, drivers using the soon-to-be-legacy manual logging procedures lose about two-and-a-half hours per week of productivity.

“So, they gain two-and-a-half hours a week just putting all the rounding,” Manning said.

And, as Kellaway pointed out, “For every 20 minutes of lost productivity, there is about a 5 percent reduction in capacity in the market.”

There are also technical innovations that ELDs can offer in the cab itself.

“There’s a tremendous cascade of value that comes with sort of digitizing your cab like that, that goes above and beyond the issue of hours of service recording,” Bailey said.

Those benefits and cost savings could help mitigate the cost to carriers, and shippers, of any capacity tightening the industry sees.

“I think that once people migrate onto the ELDs, they’re going to find out that there’s all sorts of opportunities to create value there they didn’t have before, and it’s going to be a painful conversion process,” Bailey said.