FMC steps up fight against US port congestion

FMC steps up fight against US port congestion 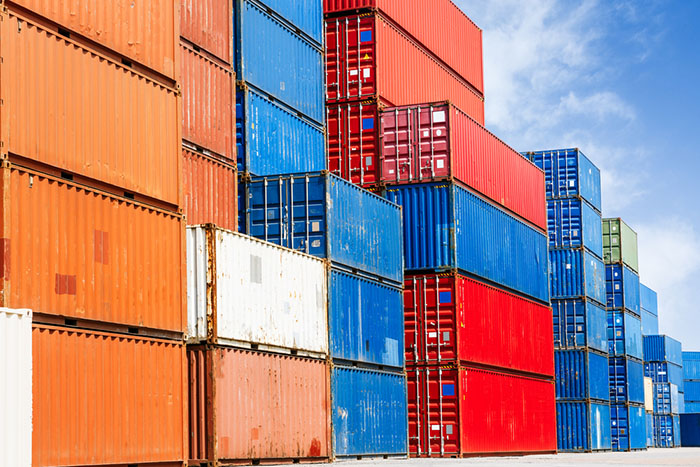 WASHINGTON — The U.S. Federal Maritime Commission is leveraging the collective experience of the private sector to fight congestion at U.S ports.

An FMC-led forum, perhaps the first of its kind according to Commissioner Rebecca F. Dye, should be able to accomplish more than an advisory council or roundtable. The participants, commercial businesses, have something actually at stake after all: money.

“The government has never done this before. We are being entrepreneurial,” Dye, who launched the Supply Chain Innovation Team Initiative Tuesday, told JOC.com.

Dye is at the helm of the initiative that, over of the course of its two-day inaugural event this week in Washington, D.C., will host industry leaders from 34 companies working in three teams to develop process innovations that will improve the reliability, resilience and competitiveness of America’s global supply chain.

The names of the individual participants and their team discussions are being kept confidential.

“Why is it confidential?” Dye said. “It’s not because they’re a secret. It’s because teams need confidence and respect among themselves to be cohesive. They need to know they can speak freely.”

Dye said the goal is for each team to produce “one actionable piece of process change” for the FMC to consider in its long-running efforts to curtail U.S port congestion.

The commissioner said Tuesday that the teams had already told her they were prepared to provide more than that. “One of our groups has said, 'We can’t do just one.'”

The idea of an FMC-led initiative for the private sector was first floated after the commission’s series of 2014 regional hearings on port congestion, which the commission had labeled as “a serious challenge to America’s continuing economic growth and competitive position.”

But the recent initiative's roots date back even further than that.

Before Dye was named to the FMC under the George Bush administration in 2002, she was a key player in the Maritime Transportation Security Act of 2002.

“That was the last bill that I handled before I left Capitol Hill,” Dye, who previously served as counsel to the Transportation and Infrastructure Committee of the U.S. House of Representatives, recounted.

Under the legislation, the Secretary of Transportation was required to establish maritime safety and security teams to protect vessels, harbors, ports, facilities and cargo in U.S. waters.

Dye said that when she came aboard the FMC she remembers asking: “Don't you think we need something like that for the commercial supply chain, where people just have a place to continually discuss these issues, commercial issues, not security?”

The answer was a resounding “yes,” Dye said. The private sector community was ready to get down to brass tacks.

“People have told us they want a chance to roll up their sleeves and have a dialogue across the table. To us, that meant teams: people who could actively engage, work together, get to know each other a little bit and develop commercial solutions,” she said.

“One of the reasons I wanted to do this,” Dye said, “when you get knowledgeable, experienced, successful people together and provide them with the opportunity and a little bit of structure and some support, they produce remarkable deliverables.”