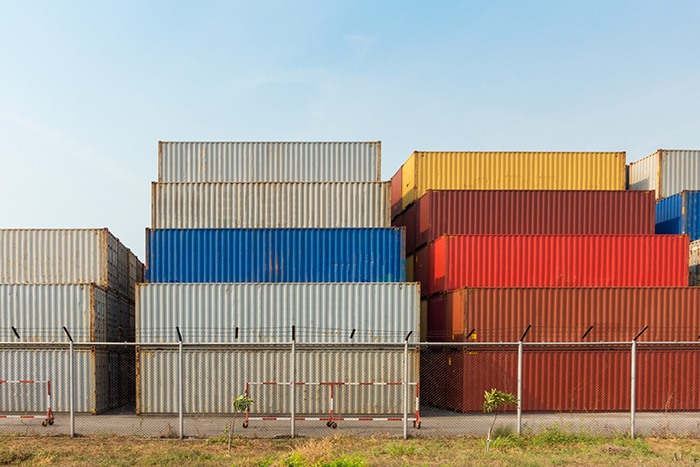 The costs of containers stranded in yards can mount quickly and unexpectedly. Photo credit: Shutterstock

WASHINGTON — US federal maritime regulators are asking the maritime industry to testify in mid-January on whether demurrage and detention fees — totaling millions of dollars annually — can be considered unreasonable and therefore void.

The US Federal Maritime Commission on Thursday said it will hold a public hearing Jan. 16 and 17 at its main hearing room in Washington D.C. The commission decided in September to hold a hearing on a shipper coalition petition seeking guidance on whether they should be on the hook for detention and demurrage fees when labor disruptions, weather, and other factors out of their control prevent the timely pickup and return of containers.

“One question is whether the commission can craft a general rule of universal nationwide applicability on detention, demurrage, and per diem provisions given the wide variety of commercial terms and conditions that are incorporated into (vessel-operating common carrier) service contracts and in (marine terminal operator) tariffs nationwide to address various events and circumstances,” acting FMC Chairman Michael Khouri said in a statement.

He added the commision will also have to consider the different operating protocols used by the more than 250 marine terminals operators that are registered with the agency.

Ocean carriers and terminal operators have argued the FMC should remain out of the matter. They say that switching the financial burden to their shoulders is not a viable commercial solution and would make them de facto insurers. Shippers, led by the National Retail Federation, argue that while there are merits to carriers’ and terminal operators’ arguments for a more commercial solution, those solutions in practice have not been manageable or fair.

Frequent port disruptions during the last several years have intensified shipper anger over detention and demurrage fees for late pickup or return of containers and chassis, respectively. Some shippers have accused terminals and carriers of using the fees as a profit center instead of merely to keep equipment flowing smoothly. Terminals and carriers counter that port delays have multiple causes, and container lines and terminals shouldn’t be required to assume all of the risks.

The FMC said those interested in providing testimony must notify the agency no later than Dec. 8. Both hearings will begin at 10 a.m. at the main hearing room, located at 800 North Capitol Street, NW, Washington, D.C.

If the carrier or a container

Permalink Submitted by marc1943@gate.net on Nov 17, 2017 9:25AM EST
If the carrier or a container owning shipper places their containers in a container depot for whatever time, they owe the depot operator a fee. Depot operators are not a part of any rate or service negotiation or service operation of a water carrier. They are just a depot offering parking space for containers as well as repair and maintenance.

A couple of issue at work

Permalink Submitted by ferrullig@minds... on Nov 17, 2017 11:13AM EST
A couple of issue at work here but let's focus on one that, to me, controls a great deal of cargo. Service Contracts are not in the purview of the FMC so anything in a Service Contract goes to court if there are disputes. So you have removed a significant portion of ocean freight moves from this issue. Tariff moves, OK, something to consider and included in that consideration is the bill of lading and its provisions. Looks like a great help to attorney's for retirement packages.
Regulation & Policy›Transportation Regulations›US Transportation Regulations
International Logistics
International Logistics›Logistics Providers
Port News›Terminal Operators
Port News›US Ports