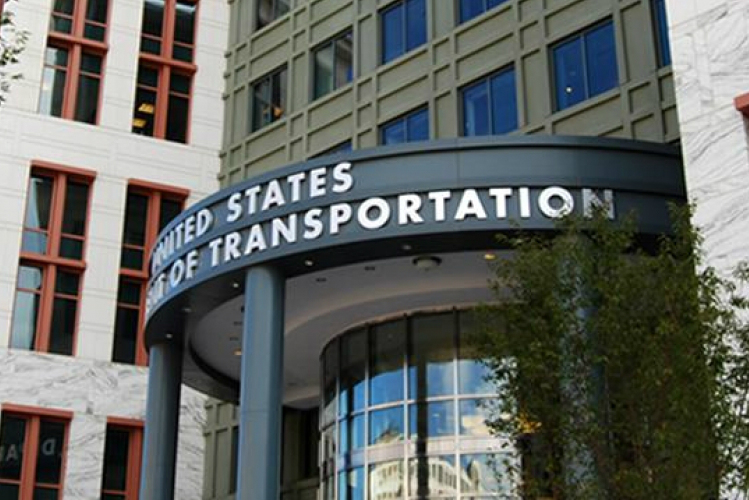 Labor and industry, typically at loggerheads on many issues, are continuing to present a unified front against government efforts to compile national port productivity data.

WASHINGTON — A group tasked with helping the U.S. Department of Transportation develop industry-wide metrics to gauge port productivity sputtered to a start at its first meeting Friday.

Representatives of the railroad industry and labor unions — many of whom actively opposed the group’s formation in the first place, but nevertheless landed seats at the table — took little time before questioning and criticizing the very existence of the new Port Performance Freight Statistics Working Group. That’s a setback to the shippers who were behind the push to get the Obama administration to create the metrics they say are desperately needed to encourage efficiencies in a major node of their containerized supply chains.

It wasn’t 15 minutes into the discussion at Friday’s meeting before John Gray, senior vice president of policy and economics at the American Association of Railroads, asked why the group had even assembled.

“Someone said they understood the mission of this group. I have to tell you, I don’t,” said Gray, who represents the largest U.S. rail lobby.

Many of those present Friday joined Gray, expressing strong reservations about the DOT collecting data and using standardized metrics to track port productivity.

That is, however, exactly what Congress has tasked DOT to do.

Under the Fixing America’s Surface Transportation, or FAST, Act passed last year, Congress required DOT’s Bureau of Transportation Statistics to produce an annual assessment of U.S. port productivity. A number of factors played a role in the legislation’s genesis: mega-ships, shipping alliances, chassis dislocation and a lack of necessary port infrastructure investment — all of which have created bottlenecks at ports, raising costs for exporters and importers, and reducing U.S. competitiveness. But the legislation was also spurred, in no small part, by the protracted labor dispute between the International Longshore and Warehouse Union and waterfront employers, which produced historic congestion and helped shave off 0.2 percent of GDP in the first quarter of 2015.

Tracking port productivity, however, requires the department first draft standardized metrics to do so. The working group that assembled for the first time Friday — which includes members from the Federal Maritime Commission, Army Corps of Engineers, Customs and Border Protection, the Coast Guard and labor unions, among others — is meant to help guide DOT in that effort.

But it became clear very early in Friday’s conversation that many of those in attendance weren’t keen on being there in the first place.

AAR’s Gray argued that, despite guidance from Congress, DOT and BTS, the group had no clear audience nor mission.

“Collecting data because Congress told you to collect data is not a good reason to collect data. If you don’t have data that is specific to the decision-making, it’s not very useful,” said Gray.

He was joined in his sharp criticism by labor union and port authority leaders.

Labor groups at the meeting argued a federal data collection program would weaken their strength in contract negotiations.

“From our end, we see it as an intrusion on the collective bargaining process,” said Jeffrey Pavlak, legislative representative for the AFL-CIO’s Transportation Trades Department.

Pavlak reminded the group numerous times that an earlier draft of the FAST Act would have tracked port productivity before, during and after port labor negotiations, helping Congress get a handle on how slowdowns and other labor tactics hurt productivity. Pressure from organized labor groups led to the provision being stripped out of the legislation’s final draft.

“Congress ripped those provisions out of the FAST Act, quite deliberately,” said Pavlak. “The Bureau of Transportation Statistics is not in the business of measuring labor productivity.”

Not only did Pavlak and other labor representatives echo Gray’s concern that the group had no real focus or mission, but they were also quick to identify some key metrics that were simply “off the table” — namely, anything related to crane moves per hour.

Several port authorities also expressed concerns that not only would standardizing variable port metrics prove impossible, but collecting data via those metrics could reveal proprietary information and hurt business.

“I think it’s a little naive to believe that won’t happen,” said Gray. “99.9 percent of the public really don’t (care) about what conventions are used.”

The American Association of Port Authorities, the top U.S. port lobby, has argued that port authorities often use different measures and methods of calculation. Any attempt at comparing those measures and methods is not likely to meet the FAST Act’s intended goal of evaluating port performance, according to the AAPA.

“We, just like every terminal operator in this country, we all have this data,” said Roger Guenther, executive director at the Port of Houston Authority. “Is it important to anyone else?”

Meanwhile, shippers, who were the ones to push for more federal oversight on port productivity in the first place, made up a relatively small bloc at Friday’s meeting.

A coalition of more than 100 shippers, led by the National Retail Federation, has already recommended some key metrics for DOT to track. That group has argued that DOT, at the very least, track the monthly average lifts per hour by vessel size and berth size, and the monthly average vessel turn time by vessel and berth size. To monitor operations within terminal yards, the group has asked DOT to collect metrics on average monthly container dwell time for imports and exports, and average monthly port capacity.

DOT and BTS officials at Friday’s meeting said many, if not all, of those metrics were so-called “common accessible data” that could be compiled into the annual report to Congress. But the decision to include that data would have to be made by the working group itself — a group that seemed more inclined Friday to debate its own existence than the merits of various metrics.

One port authority representative Friday was not entirely pleased to see that.

“This legislation was called for by numerous cargo owners because of perceived and real lack of transparency,” said Gene Seroka, executive director at the Port of Los Angeles. “We in the industry put ourselves in this position.”

“We’re not naive. Gene, you can promise us the world and I believe you,” responded Michael Podue, who serves on the elected board of the ILWU. “But, this information could be used to hurt each and every one of us.”

Wow, the ILWU saying that the

Permalink Submitted by ferrullig@minds... on Jul 16, 2016 11:06AM EDT
Wow, the ILWU saying that the data would hurt them - I wonder why? The highest paid log shore people on earth with one of the worst productivity records on earth at about 28 moves and hour per crane and the patented "wework5 hours and get paid for 8" - or more. That certainly is not the only real issue involved, infrastructure built for the early 2000's is high on the list, the extended time frames to transition from carrier provided chassis to shipper provided (carriers still giving away 30 days of free chassis to some service contract signatories). And the good point made in this - once the data is collected, then what? Who has the authority to even begin to address the issues - which by the way will get more complex as the Alliance make ups change in a year with terminal assignments changing. Who can create the solutions and make them stick? Not this committee, not the FMC, - DOT, maybe but with needed legislation and a clear mandate and direction from Congress, That should be simple! I guess you have to start somewhere, and "I'm from the government and I am here to help you" has a familiar ring.

Hapag-Lloyd hit with $882,220 US civil penalty over detention charges

FMC urged to align per diem policy with IANA rules

Canada Trade and Shipping Outlook
TPM22: What We Learned — Container Shipping in the Crosshairs
Managing E-Commerce From Order to Delivery and Beyond
END_OF_DOCUMENT_TOKEN_TO_BE_REPLACED