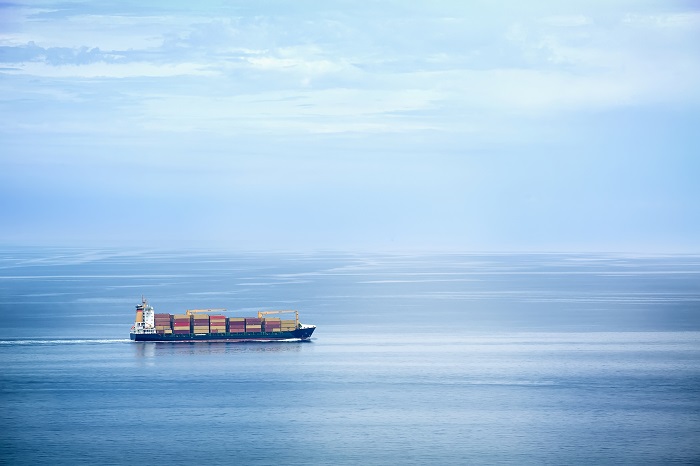 Nik Delmeire, secretary general of the European Shippers Council (ESC), said container lines announced almost simultaneously that they would be applying a surcharge, which the ESC viewed as “tantamount to price signaling, and therefore, in contradiction with the spirit of the GRI commitment that liners agreed upon with the European Commission two years ago.” Photo credit: Shutterstock.com.

The European Shippers’ Council (ESC) has called the emergency bunker fuel surcharges being levied by several major ocean carriers as price signaling and has urged the European Commission to investigate whether any principles of fair competition are being broken.

In a strongly worded letter, Nik Delmeire, secretary general of the ESC, said container lines announced almost simultaneously that they would be applying a surcharge, which the ESC viewed as “tantamount to price signaling, and therefore, in contradiction with the spirit of the GRI [general rate increase] commitment that liners agreed upon with the European Commission two years ago.”

In mid-2016, carriers agreed to end the practice of publishing and communicating GRI announcements to improve price transparency, and the commitment was given legal force by a European Commission decision on July 7, 2016. Price increases by carriers on the Asia-Europe trade are now announced as freight all kinds, or FAK, rates that are not restricted to a particular commodity.

In the ESC’s letter to the European Commission, Delmeire wrote that the surcharge was unjustified and while oil prices had risen during the last month, the latest price rise did not amount to an emergency.

“Oil price fluctuations, up or down, had been frequently happening in the past years and no negative surcharge was applied when the barrel of oil went down to $40 some time ago,” he said, adding that the application of an emergency surcharge should be reserved for unforeseen events, such as a crisis influencing the availability of oil.

“In those situations, it would be unreasonable to have the carrier bear alone the impact on the price of bunker fuel. Under the present circumstances, the carrier can use a specific clause which exists in many contracts, except for all-in rates type of contracts or spot contracts, to revise the freight rates accordingly. Including such a clause in the contract is part of the negotiating process between the parties. If such a clause is not provided for in the contract in force, the price should remain the same until the contract is completed.”

However, Lars Jensen, CEO of SeaIntel Consulting, said while the EBS was illogical, he did not believe it could be construed as price signaling by the carriers. He said the reality was that carriers were currently under severe financial pressure and had to increase their prices. Once one carrier did so — either by raising rates or via an EBS, in this case — the other carriers could either raise their own rates or decide not to and instead try to capture market share.

“If we are to take the complaint from the ESC seriously, then there is only one logical conclusion we are taken to — that it should not be allowed for carriers to be open and transparent about their pricing and pricing changes. In that case they cannot be accused of signalling,” Jensen said.

“But is that really what the shippers want? A market where we eliminate all notions of pricing transparency? And even if they wanted to, is that anywhere near realistic in a world with a mushrooming amount of constantly updated freight rate indices? Additionally, it would require the outlawing of any service showing real online freight rates. I ask again, is that really what the shippers want?”

Jensen said a more productive approach would be to take a look at the way contracting works in many of the markets, where variable surcharges in combination with lack of enforceability on many contracts was a poor cocktail and the root of the problem.

Container lines face challenges in recouping emergency bunker and PSSs because contractual agreements limit shippers’ exposure, and competition among carriers gives shippers leverage in rejecting any “emergency” fees. Alternatively, shippers can threaten to take their cargo to another carrier and take action if they don’t get their way.

Contract clauses forbidding GRIs, PSSs, and other ancillary charges shield shippers from the new fees sought by carriers, but it’s unclear whether the “emergency” element of the newest wave of surcharges will puncture this contract armor. NVOCC contracts where forwarders don’t detail named accounts are subject to such fees, a move some see as an effort by carriers to essentially use NVOCCs as their sales team.

For carriers that deal primarily with beneficial cargo owners directly, and NVOCCs with named accounts, only 30 percent of the customers pay the surcharges, container line executives told JOC.com. For some carriers, it could be 40 percent. However, for shipping lines that rely mostly on NVOCCs for their cargo base, as many as 60 percent of the contracts can be open to surcharges.

The average cost of IFO 380 bunker fuel per metric ton across the ports of Shanghai, Rotterdam, and New York-New Jersey is up 67.2 percent from the January 2016 low of $146, and has risen 19.4 percent to $445 per ton from the the start of April to June 8, according to IHS Markit data.

That spike still pales in comparison with the one in 2008, when the price of crude oil reached $140 a barrel and bunker fuel reached $667 per metric ton ($735 per ton). Crude oil per barrel has traded in a $65 to $75 range since the start of the year, and IHS Markit forecasts prices will rise 18.4 percent from April’s average price of $71.80 per barrel to a peak of $85 in July and August before falling to $81 by October. West Texas Intermediate Crude Wednesday traded down 35 cents to $66.01 a barrel. Fuel costs account for about 15 percent of carriers’ operating costs, according to Alphaliner.

as a BCO there is strong

Permalink Submitted by TAVANZATO on Jun 13, 2018 12:15PM EDT
as a BCO there is strong value in knowing what your rates will be and also having a rate that is not too hight that it "kills the deal". same token too we are operating in a time of non compensatory rate levels in every head haul lane. if we want to have steamship lines to provide reliable service and stable rates, then we all need to work together to come up with a system where everybody is profitable. i am no fan of the ridiculous amounts charged for per diem and the turning of documentation into a profit center, but any bco that doesn't want to contribute to an obvious escalation of fuel costs is the biggest part of this problem.

Comments below are common

Permalink Submitted by ferrullig@minds... on Jun 16, 2018 11:04AM EDT
Comments below are common sense and shared by less than 25% of the BCO population. Alphaliner tells us that adjusted for inflation ocean freight rates have fallen 50% in past 20 years while the highest vessel operating cost, fuel, has risen over 500%. The carriers lost money 6 consecutive years between 2011 and 2016, apparently lost "only 1 Billion" in 2017 and lost $1.3 Billion in the first quarter of this year. Fuel prices increased 40% in 2017 - and no fuel surcharge. They jumped another 30% this year and when carrier try to implement a surcharge, the shipper associations scream that they are being gouged. All the while, 50% of their moving freight is exempt from any surcharges by way of service contract exclusions. Having said that, vast majority of the problem is self inflicted wounds by carrier management - ignoring the fuel issue a year ago and now blaming the rise in fuel costs for the bad first quarter. They have conditioned the shippers to lower and lower rates mediocre to poor services, thus the hue and cry for something kike a fuel surcharge. The looming massive increase in fuel in 2020 due to the requirements of lowering sulfur content is said to be a, industry killer by one prominent carrier CEO. Look in the mirror, you are the problem, not the new regulation.
Regulation & Policy›Transportation Regulations
Maritime News›Container Lines
Maritime News›Container Lines›CMA CGM
Maritime News›Container Lines›Hyundai Merchant Marine
Maritime News›Container Lines›Maersk Line
Maritime News›Container Lines›Mediterranean Shipping Co.
Maritime News›Container Lines›Zim Integrated Shipping Services
Europe