US exporters, container lines in high-stakes game of SOLAS chicken

US exporters, container lines in high-stakes game of SOLAS chicken 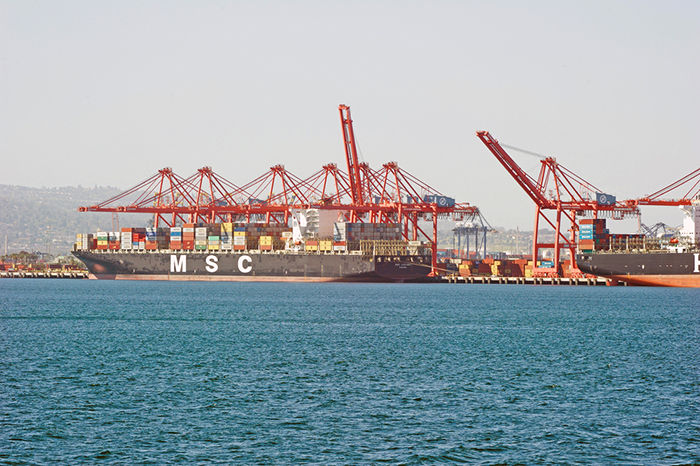 The U.S. Coast Guard’s announcement last week that it wouldn't object to two alternative methods of verifying container weights set in motion a high-stakes game of chicken between carriers and exporters. It is also fueling a fight among ports seeking to present themselves as the most user-friendly to shippers struggling to comply with the new rule.

Now that the Coast Guard has indicated that container lines can add together a container’s contents and tare weight to calculate the verified gross mass required to meet new the new weight rules, some shippers are demanding that their carriers take this approach.

Meanwhile, the South Carolina Ports Authority has thrown down the gauntlet to other ports in the Southeast, and perhaps even nationally, by offering to weigh containers and generate VGM documentation for export loads. Use of this Coast Guard-sanctioned alternative has spurred other ports to rethink their own responses to the July 1 implementation of the VGM rule under the International Maritime Organization’s SOLAS convention.

U.S. exporters’ demand that carriers allow them to calculate VGM by adding cargo and tare weights, a method first proposed by the Agriculture Transportation Coalition, is testing carriers’ solidarity — not exactly their strong suit given their chronic inability to hold the line on rates.

The Ocean Carrier Equipment Management Association has said its 18 carrier members won't add the tare weight of containers to the weight of goods in order to gain the needed VGM because the IMO rule doesn't allow it. There are several ways to submit a VGM to meet the regulations, Jeff Lawrence, the Washington-based executive director of OCEMA, told JOC.com

“The latest Coast Guard issuance reiterated its view on this point, but importantly the Coast Guard again said this is a business process and, unlike other national authorities, they will not prescribe the manner of submission,” Lawrence said. “OCEMA is continuing to very actively review all options and suggestions to better enable shippers, terminals and carriers to transmit and receive accurate and timely VGM information.”

Lawrence said OCEMA welcomed input on its best practices, which he described as a “living document” to be amended as needed. He added that the industry needs to create a common framework for sending and receiving VGMs so there won’t be supply chain disruption or unnecessary costs.

AgTC has argued that exporters shouldn’t be held liable for the weight of a container that they neither own, lease nor operate. In praising the Coast Guard’s announcement, the group noted that the agency’s statement didn’t require carriers to use AgTC’s chosen method, but encouraged them to do so.

Carriers in the U.S. are on edge as to the possibility that certain of their peers will break ranks. One carrier said that exporters have told them of certain carriers breaking ranks but as of Friday there had been no confirmation. One scenario that would essentially represent that would be carriers acting as so-called "agents" for exporters in generating their VGMs, by combining the shippers' weights with the container tare weight which the carriers already know. That would neuter the rule because it would avoid the exporter creating the VGM as specified in the SOLAS amendment

U.S. Federal Maritime Commissioner William Doyle urged carriers to create legal documentation that would reflect their promise not to hold shippers liable for the tare weight of the container.

Separately, the SCPA’s move to offer container weighing services and Baltimore’s plan to do the same on a contingency basis has other ports reconsidering their original plan to keep out of the weighing process.

Following the Coast Guard announcement and shipper feedback, the Georgia Ports Authority said Thursday it will weigh shippers’ containers at no cost in order to help exporters. The Port of Savannah will continue to weigh trucks carrying containers into the port at its truck gates as it has done for years, but it now will offer to share those documented weights with shippers, carriers and stevedores.

With under 60 days before the SOLAS rule takes effect, the pressure on shippers, carriers, marine terminals and ports is all but guaranteed to intensify.

Navigating the Winding Roads This Peak Season & Beyond
END_OF_DOCUMENT_TOKEN_TO_BE_REPLACED