Some, but not all, Canadian container terminals detail SOLAS policies

Some, but not all, Canadian container terminals detail SOLAS policies 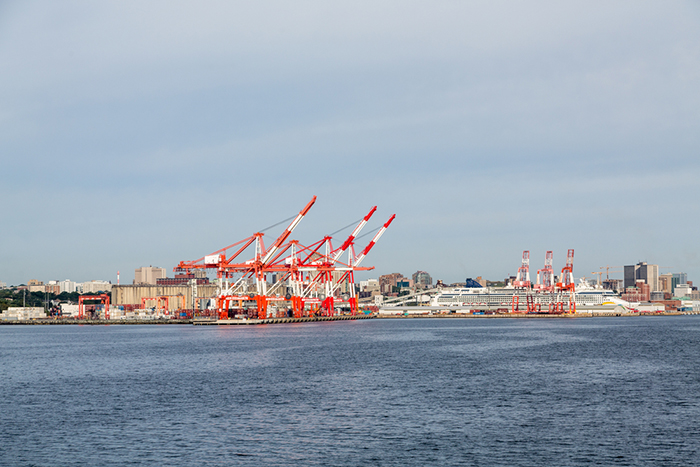 This story has been updated as of June 9 to reflect the additional guidance provided by terminal operators Halterm and GCT.

Like their U.S. counterparts, Canadian exporters know some, but not all of the details when it comes to how individual marine terminals will cope with the new international container weight rule that goes into effect in just a matter of weeks.

“I don’t have anything giving a complete picture,” Bob Ballantyne, president of the Freight Management Association of Canada, told JOC.com this week. “I think it’s been highly variable.”

The lack of clarity on how terminals at Canadian ports will respond to the International Maritime Organization’s rule is another example of the uncertainty facing shippers ahead of implementation July 1. Under the IMO’s Safety of Life at Sea, or SOLAS, convention, container lines will be obligated not to load any container unless it has a declaration of the box’s verified gross mass, or VGM.

And while some Canadian terminal operators say they are willing to accept containers without VGM declarations and even offer weighing services to shippers, others will not and still others have declined to provide details on their guidance. By and large, Canadian shippers themselves are ready, Ballantyne told JOC.com.

“The impression I get is that shippers have been taking this seriously for about a year now and have been trying to get their processes in place. That seems to be coming along reasonably well,” said Ballantyne, who heads a group representing 100 Canadian shippers.

It’s the terminals whose guidance and policies that are still uncertain in many cases, he said.

DP World announced in April that it was installing new scales ahead of the rule’s rollout at its British Columbia terminals at Port Metro Vancouver and the Port of Prince Rupert. The terminal operator said it plans to offer a weighing service to shippers, but it also plans to charge a $245 fee per container.

Ballantyne said he welcomed the DP World approach and had hoped to see it replicated at other terminals.

“I’m hoping they’ll put out something more along the lines of what we’ve seen from DP World,” he said.

However, that hasn’t been the case at those Canadian terminals that have announced SOLAS guidance.

Terminals at the Port of Halifax this week said they will accept containers that don’t have verified gross mass declarations when the SOLAS rule takes effect next month, but it’s not clear if they will offer container weighing services to exporters.

Terminal operators Ceres and Halterm — which operate Halifax’s Fairview Cove and South End container terminals, respectively — will continue to accept export containers that arrive at their gates after July 1. The Port of Halifax said this week that the terminal operators will accept containers on terminal by truck, rail or short-sea domestic service with or without VGM certification.

“However, these packed containers will not be loaded by the ocean carrier until proper VGM certification is obtained,” according to the Halifax Port Authority.

What happens to containers at Halifax after a liner refuses to load them is less clear, as Halifax’s terminal operators have responded with varying degrees of detail.

Ceres officials told JOC.com that their Fairview Cove facility will not offer a weighing service to shippers.

A source at Ceres in Halifax told JOC.com Monday that in the “exceptional” case that a container arrives at the terminal sans VGM documentaiton, the terminal operator will stack the container on site and contact the shipper.

Officials with Halterm have said the South End terminal will offering a weighing service to shippers, but through containers lines, and at a cost.

“Halterm Container Terminal will offer a scaling service through its shipping line customers,” the terminal operator told JOC.com. “Containers arriving through the gate without verification of the gross mass will be decked in the container yard in line with current export vessel yard arrangements. They will not be segregated.”

Halterm said the service would come at a cost, but the price will be variable.

“Halterm Container Terminal will raise charges in respect of scaling services requested by a customer,” the company said.

Meanwhile, the Canadian arm of GCT Global Container Terminals, which like DP World operates a terminal at Port Metro Vancouver, has released a statement similar to the Halifax Port Authority’s. Like Ceres, GCT Canada has said it will neither load containers without VGM documentation on vessels come July 1, nor offer a container weighing service to the owners of the cargo in those boxes.

“The ocean carrier will advise of any containers for which VGMs have not been received, and those containers will not be loaded,” Eric Waltz, president of GCT Canada, said in a statement. “Containers will be available for customers to remove, weigh and then return back to the terminal.”

Nearly 3,000 miles east at the Port of Montreal, the port’s two terminal operators are still hashing out how they’ll respond to the new container weight rule.

“The terminals in Montreal, I think they’re still wrestling with that,” Ballantyne said. “They haven’t given any real details yet.”