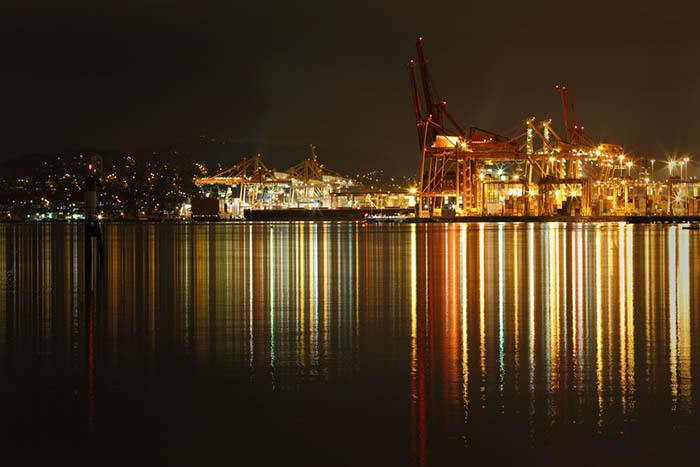 The Port of Vancouver is leading an effort in opposition to government plans to privatize Canada's ports.

A coalition of Canadian shippers and the head of Canada’s largest port are pushing back against an attempt to privatize the country’s 18 port authorities, a move opponents say would limit public oversight and threaten investment in much-needed infrastructure.

Port of Vancouver president and CEO Robin Silvester has called the government-led push “a threat,” according to local media reports. And the Freight Management Association of Canada has said privatized port authorities would not only lack the incentive for transparency that public entities share, but also the incentive to invest in infrastructure when the goal is profit and not the public interest. Silvester wasn’t available for comment.

On Nov. 14, the Trudeau administration announced it had hired Morgan Stanley Canada to “provide financial advice to the government related to the recommendations (contained in the Canada Transportation Act Review) concerning ports, including receiving proposals from institutional investors or private equity investors.” A decision is expected to be made this year.

Since the introduction of the 1998 Canada Marine Act, the country’s 18 port authorities been have run as “non-share capital corporations,” with board appointments finalized by the federal transport minister.

Although there have been criticisms of the public port authority structure — largely related to mixed mandates as authorities serve as promoters and regulators of trade — shippers told JOC.com privately that the government’s push for privatization is more about politics and purse strings than port productivity.

Ottawa has said privatizing the country’s port authorities and the consequent influx of cash could help stem the ballooning Canadian deficit and ring in a new era of private investments to close an infrastructure gap that some peg at roughly $120 billion.

Trudeau has said investors are eager to park money in Canada, which is now "looking very attractive" amid growing anti-globalization sentiments around the world.

Canada needs that cash. A report published on the Canadian Finance Department’s website two days before Christmas, forecast, barring any policy changes, the federal government could be on track to run annual shortfalls until at least 2050 to 2051 and the federal debt could climb past $1.55 trillion by that same year — more than double its current level.

But the move to privatize is not only without precedent, it is without mandate, the opposition has said.

Although Ottawa has said privatization could bankroll infrastructure investment, Vancouver’s Silvester and others have argued the move could have the exact opposite effect. Privatization, they say, could see Canadian ports sold to consortiums from Abu Dhabi to China less focused on investment in infrastructure and productivity and more interested in paying off the debt they incurred from their original purchase.

“If the problem they are looking to solve is simply how do they find some money, the problem my organization could end up being faced with is suddenly an amount of money we’ve been using to increase capacity in the gateway is now going toward servicing debt for a lot of money some entity has paid the government to take over the port,” Silvester told the Greater Vancouver Board of Trade on Dec. 8.

Silvester is, to date, the only port official who has vocally opposed the privatization push. The Association of Canadian Port Authorities, which represents all 18 of the country’s port authorities, told JOC.com it has not yet produced a formal response on the matter and was still fielding input and information from the government and its members. A Port of Halifax spokesman emphasized the push was a “government of Canada undertaking” and referred to the website of the Canadian transportation ministry.

Canadian shippers have been less reserved. Members of the Freight Management Association of Canada have argued privatization would more than likely mean a billion-dollar booster shot to the Canadian treasury, but it would come at the expense of Canadian trade: blocking public oversight of port performance and productivity and relegating shippers’ concerns in favor of shareholders’ interests.

“When one has to put the return on investment equation in front of every major decision, this relegates the national interest to second place,” McKenna said. “Putting [port authorities] into numerous commercial interest's hands while maybe providing significant short-term financial benefits, has serious long-term ramifications.”

Happy New Year, I am curious