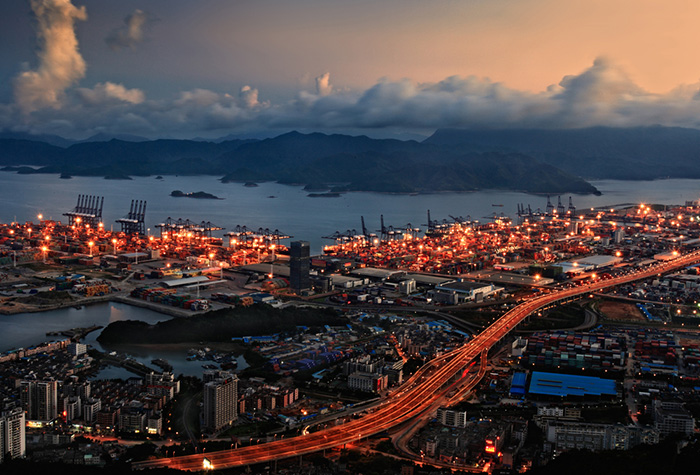 The port of Shenzhen, pictured, is joining Yangtze River Delta ports as the first regions of China to institute emissions control areas.

Ships berthed at the port of Shenzhen are now required to burn low sulfur fuel after local authorities decided to implement the requirements of a national directive that established emission control areas at China’s main commercial shipping centers ahead of schedule.

Local authorities issued a directive requiring ships berthing at Shenzhen, including terminals at Yantian, Shekou, Mawan, and DaChan Bay, to burn fuel with a sulfur content not exceeding 0.5 percent from Oct. 1, two months ahead of the original implementation date of Jan. 1, 2017. Ports within China's three ECAs — the Yangtze and Pearl River Deltas and the northeastern Bohai Rim — are permitted to decide themselves if they want to require ships to burn cleaner fuels during 2016.

Under the order, ships berthing at ports in Shenzhen are required to use low sulfur fuel from one hour after the first cable is fastened until one hour before all cables are untied for departure.

The requirement is not expected to be implemented at other Pearl River Delta, or PRD, ports until Jan. 1, sources said.

The main ports of the Yangtze River Delta, or YRD, introduced compulsory emissions reduction requirements from April 1. Since then ships at berth in the ports of Shanghai, Ningbo-Zhoushan, Suzhou, and Nantong are required to burn fuel with a sulfur content of no more than 0.5 percent.

The Shenzhen order requires vessels to keep relevant documents related to fuel usage and make them available for inspection by authorities when requested to do so.

Ships can apply for immunity and exemption from the regulation in certain cases, including supply of sufficient proof that they made every effort but did not succeed in obtaining low sulfur fuel; and if engineering adjustments to the vessel are needed to enable the use of the low sulfur fuel.

In the case of the latter, they are required to ensure that any necessary adjustments are completed by Jan. 1.

Ships in breach of the order are liable for fines of between $1,500 and $15,000 under the Law of Prevention of Air Pollution of the People’s Republic of China. Fines up to $1,500 can be imposed on owners that fail to meet the requirement to keep fuel records.

China’s Ministry of Transport is investigating the widespread use of shore power to help address pollution levels in port cities. Shore power projects were launched at five major ports across the country together with two ship-shore power conversion projects involving container ships of Cosco and bulk vessels operated by Shandong Shipping.

The shore power trials are being run at container terminals in Lianyungang, Guangzhou, Shenzhen Yantian, Shanghai and Ningbo-Zhoushan. The seven container ships involved in the ship-shore power conversion projects have capacities of 10,000 twenty-foot-equivalent units while the four bulk carriers have deadweight tonnage of 250,000.

The original directive to establish the ECAs issued by the transport ministry  last year requires a progressive reduction in the sulfur content of fuel used by ships in the control areas of the YRD, PRD, and northeastern Bohai Rim.

From January 2017, ships at berth at the ports of the three ECAs are required to burn fuel with a sulfur content of no more than 0.5 percent, excluding the first and last hour of the berthing period.