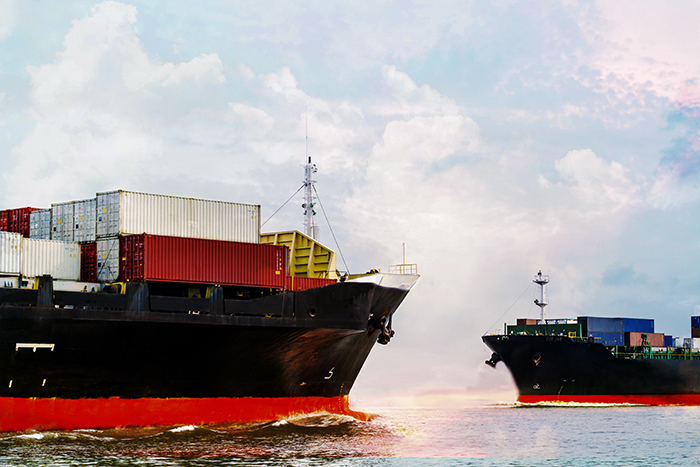 The paper argues that regulatory decisions made decades ago have led to the shipping industry's current challanges.

A new paper says beneficial cargo owners' (BCOs) efforts to abolish the carrier conference system that had defined the industry for decades are in large part to blame for the poor service levels of today’s liner shipping industry.

The paper, Globalization, Public Sector Reform and the Role of Ports in Supply Chains, blames the weakening and banning of liner conferences for the low freight rates and service unreliability that characterize the industry today. Industry trends such as the deployment of mega-ships in pursuit of economies of scale to withstand rock-bottom rates can be traced to this source.

“You have a ghastly mess, brought about by the shippers themselves in their obsession to do away with the liner conference system,” paper author Hercules Haralambides writes. The conference system allowed container lines to discuss freight rates and other fees such as bunker and currency surcharges as well as publishing common tariffs.

As the conferences weakened and larger ships became critical to profitability, Haralambides says demands on port capacity increased greatly without “paying commensurately for this demand,” and this has a ripple effect on the flow of value and costs in supply chains.

“The average container, arriving on a larger ship, takes more time to handle and store. In other words, port time per TEU is an increasing function of ship size. The supply chain’s diseconomies of scale of larger ships, including their impact on shippers’ inventory costs, start from the port.”

“Consignees are desperately looking for someone to talk to on the phone. In complex ports like Los Angeles, the terminal of arrival is often unknown until the last minute. At the other end, in Asia, to be filled, a mega-ship would call at far more ports than what its size would warrant; something creating a stowage nightmare at the receiving ports.”

As a result of these changes, regional container port overcapacity is a necessary evil to cope with the potential for congestion in international supply chains, according to the paper from the Econometric Institute at Rotterdam’s Erasmus University.

However, overcapacity needs to be viewed as a necessary and unavoidable cost and not as an identifier of inefficiency, according to the author of the paper, Haralambides says.

“Through simple queuing theory, it can be easily shown that, once port utilization reaches 70 percent, congestion starts to set in and this is not acceptable among competing ports, where ships must be turned around as quickly as possible and within a certain time-window.”

The paper says the development of adequate port infrastructure depends on the striking of the right balance between private investors and governments, whose interests are rarely completely aligned.

Despite the financial resources of global terminal operators such as PSA International, Hutchison Port Holdings, and DP World, private actors may be reluctant to invest in ports without favorable institutional and regulatory frameworks, says Haralambides, or when proposed agreements don’t guarantee adequate financial returns because government objectives normally extend beyond financial profitability.

“The success of any public–private partnership is in being able to strike the right balance between the two … affording the private sector an acceptable return on investment, on an opportunity cost basis … while keeping the bulk of the generated economic rent in the hands of the public sector.”

How to Improve OTIF: 15 Tips for On Time and In Full Delivery
END_OF_DOCUMENT_TOKEN_TO_BE_REPLACED