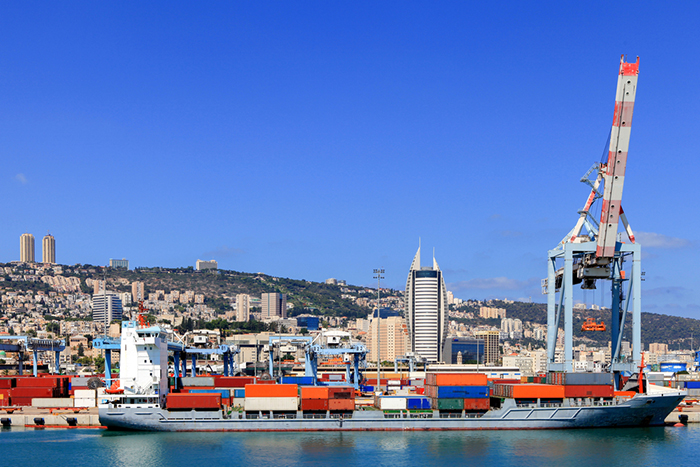 In issuing its guidance on how exporters need to meet the SOLAS container weight rule, Israeli stakeholders have said they will double-check the verified gross mass declarations of containers moving to ports via rail or road.

Shippers will be charged a yet-to-be disclosed tariff for the checking of container VGMs moved by truck. They can also use that figure as their declaration to container lines if they have yet given one.

If there is a difference between a shipper-supplied VGM and that attained at a port or railyard, shippers may choose which weight to use as their VGM so long as the variation is within plus or minus 5 percent or 750 kilograms (1,653 pounds) of the container’s overall weight. Israel in its guidance made a distinction between this discrepancy, which is allowed, and a variation between the final VGM provided to container lines and terminals. A variation from the finalized VGM and the actual weight is not permitted.

Israel’s position is unique because its guidance includes railroads and said they may generate VGMs for a shipper if the shipper should request it. Mentions of rail systems are largely absent from other international guidelines. U.S. railroads have said they will load containers with or without a VGM.

Under the International Maritime Organization’s SOLAS amendment, container lines are obliged to reject any boxes without a VGM declaration starting July 1. Shippers can obtain a VGM in one of two ways, according to the IMO, either by weighing the container and its contents as one unit or by weighing every item and its packaging in the container and adding that figure to the tare, or empty weight, of the box.

Israeli ports will weigh every container entering their gates on trucks via the first method. Because the container will be on a truck, the weight of the truck, chassis, and fuel must be subtracted from the total weight of these items and the container to generate a VGM or double-check the declaration given by the shipper.

Containers loaded via intermodal rail for transportation to ports will also be weighed before their loading onto a train.

The VGM attained at ports and intermodal facilities will be sent to customs brokers and ship agents so they can amend their documentation as needed, according to the guidance.

A SOLAS pilot program will begin on May 22 to locate and resolve any lingering issues as enforcement goes from theory to practice.