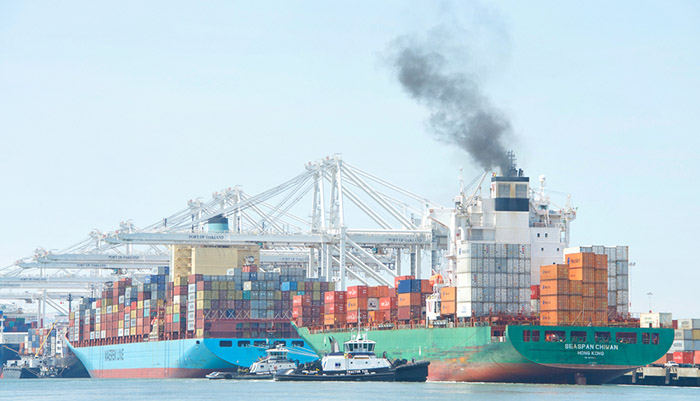 The International Maritime Organization ruling avoids the creation of a patchwork of different national rules for sulfur in vessel fuel.

Shippers may end up paying higher rates via fuel surcharges depending on how well the oil industry can meet demand for low sulfur fuel after the International Maritime Organization announced that it had agreed on a deal to limit sulfur in bunker fuel to 0.5 percent by 2020.

Even if there is an adequate supply, which is not guaranteed, the cost of low-sulfur fuel can be around 50 percent more expensive than typical bunker fuel. The price of bunker fuel dropped to its lowest level since 2005 in August of 2015 and has since rebounded, although it has fluctuated since that time. The price of IFO 380 has risen steadily since August and now sits at just shy of $300 per metric ton, according to Bunkerworld, which tracks bunker fuel prices around the world.

The decision to go to low sulfur was agreed upon at the IMO’s Marine Environment Protection Committee and will make life easier for container lines by ensuring there is a uniform standard for sulfur content rather than a patchwork of national rules. For example, China and the United States, the world’s two largest economies, currently have different requirements for the amount of sulfur in bunker fuel allowed in their emissions control areas.

“Given the tremendous additional cost that this measure will add to supply chains, we look forward to working with the IMO to ensure that the low-sulfur fuel requirement is implemented in a consistent way worldwide so that we maintain a level commercial playing field," said John Butler, president and CEO, World Shipping Council, which represents about 90 percent of global container capacity.

The shipowners association Bimco, which had urged the IMO to delay the rule, echoed this sentiment in a tweet that said, “Bimco respects MEPC decision on 2020 global sulphur cap. Focus now must be how to alleviate unprecedented disruptive change in fuel supply.”

Bunker fuel is said to make up about 40 percent of container lines’ overall operating costs and Bimco had questioned whether the world’s oil refineries will be able to produce enough fuel to enable vessel operators to comply with a 2020 low-sulfur requirement.

A study Bimco and others funded claimed oil refineries could not provide an adequate supply of low-sulfur marine fuel supply by 2020 without disrupting other sectors of the world economy.

Bimco's objections to the 2020 implementation date came a week after one of the biggest ports in the world’s primary source of seaborne trade, China, pushed ahead with its own low-sulfur regulations.

Shipowners and container lines will have more than one way to ensure compliance with the new cap, and the most promising is the use of scrubbers that are outfitted onto ship exhausts to cleanse emissions of sulfur. Manufacturers of such systems, like Yara Marine Technologies, celebrated the IMO ruling.