FMC urged to decide if major SOLAS breakthrough gets a shot

FMC urged to decide if major SOLAS breakthrough gets a shot 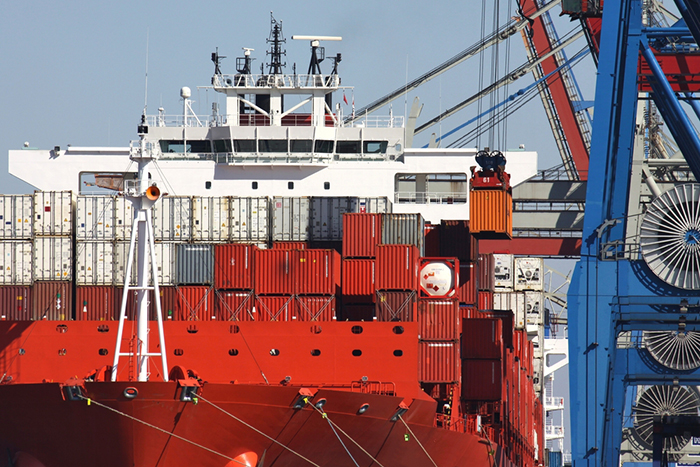 WASHINGTON — Pressure is building on U.S. maritime regulators to quickly decide whether ports and container lines can hash out details on a strategy that could dramatically simplify meeting the SOLAS container weight rule for exporters.

Six East and Gulf Coast operating ports and 19 container lines want to discuss how container weights collected at marine terminals to meet existing regulations could be used to satisfy the International Maritime Organization rule taking effect July 1. If they are successful, private terminals at landlord ports on all coasts could then adopt a similar plan, providing a last-minute path to avoid containerized supply chain disruptions and lessen exporters’ cost burden, sources close to the matter told JOC.com.

The new rule — aimed at curbing container weight misdeclarations that have contributed to maritime accidents — requires container lines to receive a verified gross mass declaration from the shipper before they can load a container on a ship. Shipper pushback, particularly from agriculture exporters, on how container lines are allowing the VGM to be calculated underscores broader global concern that the rule will delay shipments.

The Safety of Life at Sea convention amendment takes effect before the FMC’s standard 45-day review of the discussion agreement, spurring backers to ask for an expedited timetable. If FMC commissioners approve the expedited review, they will determine whether to allow ports and carriers to work together or seek a federal injunction against the discussion agreement. The carriers would participate in the discussion group as independent entities as well as through the Ocean Carrier Equipment Management Association, which is a member of the group.

Using container weight processes to meet existing Occupational Safety and Health Administration regulations to create the needed VGM was first publicly proposed by the South Carolina Ports Authority and then sanctified by the U.S. Coast Guard in their declaration of equivalency. Under the declaration made April 29, the VGM can be determined via "any equipment currently being used to comply with Federal or State Law, including the Intermodal Safe Container Transport Act, and the container requirement" set by OSHA, according to the Coast Guard.

“U.S. exporters would welcome the acceptance of the terminal weighing option by ocean carriers, if done in a manner that eliminates the costs and disruption of the other methods,” said Peter Friedmann, executive director of the Agricultural Transportation Coalition.

The port authorities of Georgia, Houston, Massachusetts, North Carolina, South Carolina and Virginia have asked to be involved with the discussion agreement and are best positioned to use the OSHA processes since they control their own terminal operations. The port authorities of Georgia, Virginia, North Carolina and South Carolina have all said they will offer free container weighing services. Houston port officials have said their terminals will turn away trucks that arrive at the terminals without VGM documentation in order to prevent them from being clogged with trucks delivering export containers that can’t be loaded on ships.

Although only ports on the East Coast have offered to provide container weighing services, including a Baltimore and New Jersey terminal, West Coast terminals appear to be considering a similar strategy. Facilities in Los Angeles-Long Beach and Oakland said Thursday they will continue to weigh all truck/export container units as they do now to comply with federal safety requirements, and they will provide this information to shipping lines.

It’s up to the container lines if they will accept the weights used to meet existing OSHA rules as an official VGM declaration, the West Coast Marine Terminal Operators Association and Oakland Marine Terminal Operators Association said. It’s up to each terminal if they want to provide that weight information to the carrier and change their existing “no weight, no gate” policies.

Can the FMC change a law

Permalink Submitted by ferrullig@minds... on Jun 5, 2016 5:11PM EDT
Can the FMC change a law created by an authority well outside of US jurisdiction and ratified by over 100 countries including the US?. There are many solutions being offered in the marketplace and the Coast Guard says it is a commercial matter, so how does that translate to the FMC being involved at all?

How to Improve OTIF: 15 Tips for On Time and In Full Delivery
END_OF_DOCUMENT_TOKEN_TO_BE_REPLACED