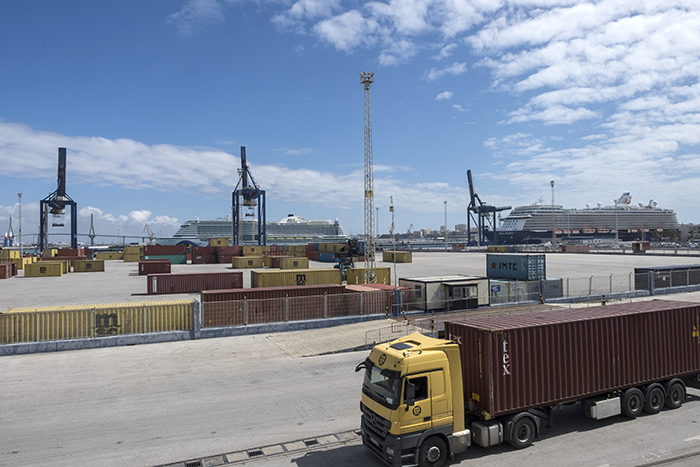 Spanish ports had to cope with countless closures as dock workers opposed an EU ruling on labor pools.

The European Court of Justice has fined Spain a modest 3 million euros ($3.4 million) for failing to meet a deadline to liberalize its dock labor system.

The EU court was expected to impose a penalty of around 24 million euros, based on daily fines it had ordered Madrid to pay for failing to comply with its ruling in December 2014 that the union-dominated system breached the EU’s freedom of establishment.

The European Commission, the EU’s executive agency, lodged a second complaint against Spain last year after it failed to meet a September 2015 deadline to de-monopolize the hiring of waterfront employees.

The minority center-right Popular Party government won parliamentary support to reform the system, at the second attempt, in mid-May, triggering a fresh round of strikes by the country’s 6,150 registered dockers.

The reforms will free ports, terminal operators, and stevedores to employ non-union labor and remove the obligation to join — and partially finance — local dock pools that have a monopoly over hiring.

The dockers’ unions called off their strike campaign at the end of June after striking a deal with employers over job security under a reformed system.

The employers’ association ANESCO has guaranteed the jobs of Spain’s registered dockers and unchanged working conditions during a three-year transition to the new system, and the unions have accepted a 10 percent wage cut and early retirement for its older members.

Spanish dockers have an average pre-tax income 70,000 euros a year, according to PriceWaterhouseCooper, a professional services company, and some earn up to 100,000 euros.

Canada Trade and Shipping Outlook
TPM22: What We Learned — Container Shipping in the Crosshairs
Managing E-Commerce From Order to Delivery and Beyond
END_OF_DOCUMENT_TOKEN_TO_BE_REPLACED