With a surface transport law, US to address projects, freight strategy

With a surface transport law, US to address projects, freight strategy 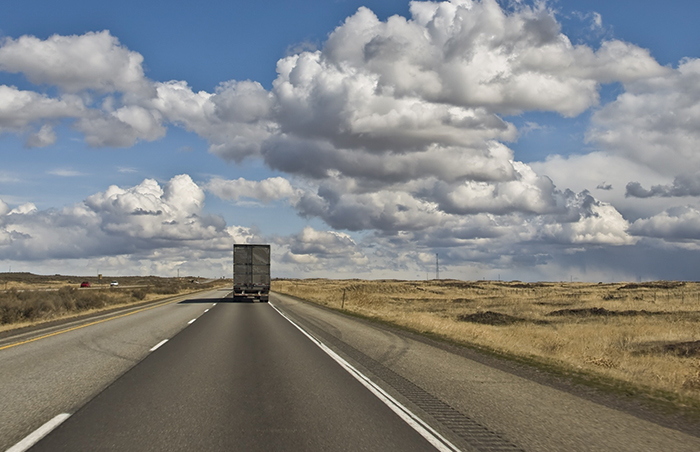 After moving in fits and starts all year, the U.S. Congress in the last weeks of 2015 accomplished something it hadn’t managed in nearly a decade: the passage of a long-term, multibillion-dollar highway bill.

In the first half of the year, the government also will update a freight strategy and network to go beyond the nation’s highways and look at rail and port connections and iron out the details of how the U.S. will begin to better track productivity metrics at the nation’s top ports.

FAST — the Fixing America’s Surface Transportation Act — builds on the groundwork for a national freight strategy created through the last highway bill by expanding the national freight network from 27,000 miles to 41,000 miles. Those 14,000 additional miles will better connect major highways and roadways with intermodal rail terminals and ports.

“Under MAP-21, there was a very highway-centric freight policy,” said Elaine Nessle, executive director at the Coalition for America’s Gateways and Trade Corridors, a Washington-based group representing freight interests. “For the first time, Congress is asking the (Department of Transportation) to take into consideration all those other modes.”

Under the new law, the secretary of transportation will be required to develop a National Multimodal Freight Policy to help identify funding targets that reduce bottlenecks and increase productivity in domestic industries. The DOT also will create a National Freight Strategic Plan to assess the condition of the multimodal freight network, identifying trade gateways and bottlenecks that can be improved, and a National Multimodal Freight Network that includes port facilities, freight rail lines and waterways.

For the first time, Congress also has made funds available through the Highway Trust Fund to support multimodal freight projects, such as on-dock rail at ports and highway-rail grade separations.

Under the bill’s $4.5 billion freight and highway grant program, the legislation offers funding for things that improve connectivity among modes and reduce congestion as well as highway freight projects such as at-grade crossings and grade separations. The bill also includes $500 million for intermodal and freight rail projects, Nessle said, so long as those projects improve the movement of freight on the nation’s highways.

A $6.3 billion highway freight grant program will distribute funding to each state based on a specific formula on the proportion of the number of miles freight travels within that state, which is similar to programs already in place nationwide.

For years, lawmakers have been looking for new and lasting means to support the cash-strapped HTF. Congress hasn’t passed a highway bill that covers more than two years since 2005. Instead, funding has been allocated in small bursts in a series of stopgap measures.

The taxes on gasoline and diesel continue to be the primary contributors to the fund. Fuel taxes, however, haven’t increased since 1993, and Americans’ recent proclivity for driving fewer miles and operating more fuel-efficient cars has only contributed to a crippling shortfall. Today, the federal government typically spends about $50 billion a year on transportation projects, while the gas tax annually nets only $34 billion to cover those costs.

FAST, however, wouldn’t only provide long-term funding, but also actual funding mechanisms. Negotiators said they were compelled to include some tactics that were less than desirable, including one plan to pull approximately $1 billion from the Federal Reserve, another to use revenue from a U.S. Customs and Border Protection fee levied on airline and cruise passengers and another to sell oil from the nation’s emergency stockpile.

The legislation also includes provisions to help Congress keep better track of port congestion. How closely they track it, particularly in relation to unionized port negotiations, depends in large part on details to be ironed out early this year.

The push for port performance metrics came after a showdown between U.S. West Coast employers and unionized port labor exacerbated congestion and nearly crippled coastal container handling. The port performance metric language was widely seen as having the best potential of becoming law among a number of other bills that sought to avoid a repeat of the crisis.

“Before, Congress always relied on anecdotal information regarding port congestion. Now, with this report, we will have an actual database,” Jon Gold, vice president of supply chain and customs policy at the National Retail Federation, told JOC.com.

Although the highway bill includes a port performance provision with specific benchmarks and timelines, it’s ambiguous about how the data-collecting initiative will be carried out and what will be measured. What the provision doesn’t identify is how frequently the data will be collected before each annual report or what metrics and standards should be used in that process.

The overall highway bill was the product of approximately 15 years of kick-the-can legislation and steadfast lobbying by transportation interests in Washington. And, despite some omissions, some ambiguities and room for debate, the general response to the bill’s passage was positive. “It’s a really great start,” Nessle said.

Transforming Transportation and Logistics Through the Lens of the Pandemic
Jun 23, 2020 2:00PM EDT
Register Now »