Stakeholders split on whether bill would lead to safer US truckers

Stakeholders split on whether bill would lead to safer US truckers 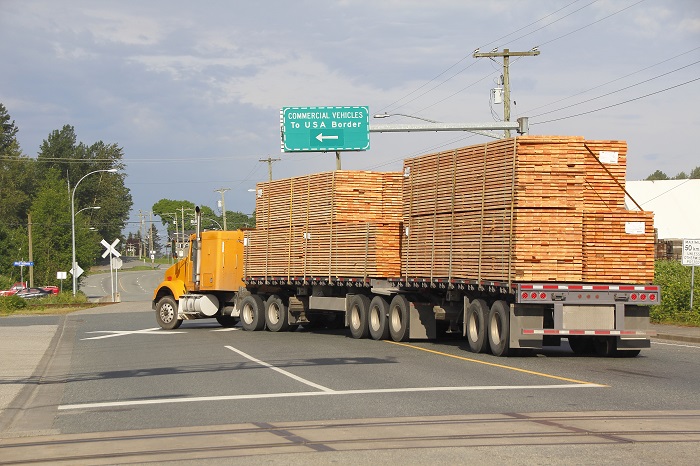 Brokers and shippers would have the first official checklist to follow when hiring truckers if an amendment to the Federal Aviation Administration Act reauthorization passes this year. Photo credit: Shutterstock.com.

This article has been updated to include additional comments from TIA President Robert Voltmann.

Shippers want to use safe and reliable trucking companies to move their freight for a reasonable rate, but there can be a black hole in the US spot market about the quality of the person behind the wheel. An effort is under way to establish standards on freight brokers hiring a carrier on behalf of a shipper, but some safety groups argue that the proposal doesn't go far enough.

The debate is over an amendment for the reauthorization of the Federal Aviation Administration Act of 1994 advocated by the Transportation Intermediaries Association (TIA). US Rep. John Duncan, R-Tenn. introduced an amendment to set a uniform standard for shippers and brokers when hiring truckers, following a similar effort that failed in 2015.

The provision was included in the legislation passed by the US House of Representatives, but there hasn't been movement in nearly two months since being sent to the US Senate. The TIA expects the Senate to take action on the reauthorization next month.

There is increasing pressure on brokers, working on behalf of shippers, to hire safe drivers as the electronic logging device (ELD) mandate highlights the issue. The device has lowered the daily productivity of drivers, particularly for small carriers that were the last to install ELDs. Freight brokers often hire truckers in this category to work for shippers at a lower rate than large carriers.

The Duncan amendment requires brokers and shippers to hire a motor carrier in a "reasonable and prudent manner" using three criteria. One, the carrier is authorized by the Federal Motor Carrier Safety Administration (FMCSA). Two, the carrier maintains the minimum insurance coverage under the law: $750,000. Three, the carrier does not have an unsatisfactory safety score.

"There's nothing in law that says you have really have to do anything. Right now the [FMCSA] hasn't really told us who is fit and unfit to operate, so it's a guessing game for everyone in this business," said Nancy O'Liddy, TIA's chief of staff.

"Unsatisfactory numbers are low because they're continually being put out of business," Tucker said. "Being not rated is not a bad thing. In fact, it means that the carrier does not have violations sufficiently bad for the FMCSA to come in and downgrade, or even upgrade it through a compliance review."

A large percentage of field is unrated

No one has suggested that brokers or shippers should be forbidden to hire unrated carriers because that would eliminate so much available capacity that freight movement would cease altogether and ruin the economy. In fact, there is much about the transportation process that a broker cannot control. Until there is a widely accepted safety scoring system, brokers and shippers are hiring carriers on limited data. There is also little the broker or shipper can do to guarantee the driver has an ELD since they cannot check inside every cab or monitor every hours-of-service clock.

John Lannen, executive director of the Truck Safety Coalition, believes that the Duncan amendment will allow brokers to hide behind the limited amount of information to hire the cheapest possible driver that meets the minimum statutory requirements. He suggests there would be a "race to the bottom" that would absolve brokers and shippers of legal liability in all but the most extreme cases.

"This amendment establishes a weak checklist and if you follow it, then you're not accountable for your decisions. Brokers and shippers should do more than the bare minimum established in the checklist," Lannen said. "They should be looking at out-of-service rates for trucks, crash rates for the last two years, what types of violations have you had for the last two years. I cannot believe you would want to blindly hire a driver without looking at these measures."

He said that without stricter standards requiring the review of recent violations or crashes, the Duncan amendment would endanger other people on the highways rather than increase safety.

"This language does not reduce liability or limit any individual’s right to bring a lawsuit against an entity hiring a motor carrier. Furthermore, it does not set a standard on gross negligence, and if anything, it would increase liability exposure for those companies who do not follow the standard," he said.

The TIA also said that subsets of data individually and collectively cannot be a precursor of a future crash.

"No algorithm combining [compliance, safety, accountability] scores has been presented to the public that has any ability to effectively predict a carrier has a future crash. We’re eitght years into this, and FMCSA still can’t figure this out," Tucker said. "It is ludicrous for the public [shippers, brokers, forwarders, etc.] to parse out little bits of data from a subset of larger data, that, after eight years, still can’t determine if a carrier is safe or not."

Voltmann also believes this is the first step to improve the overall review process.

"The language ensures that when the [FMCSA] completes the updated [safety and fitness determination] it is incorporated into this standard, basically sunsetting the current process. Secondly, it promulgates to the Federal Motor Carrier Safety Administration that it must publish guidance to the public which outlines all the different ways a motor carrier can be placed out-of-service," he said.

Ultimately, brokers and shippers might get more guidance from the Duncan amendment, but until the government establishes a scoring system that can predict the likeliness of a trucker to safely deliver freight, there will always be some uncertainty about whether a delivery will be completed as scheduled.