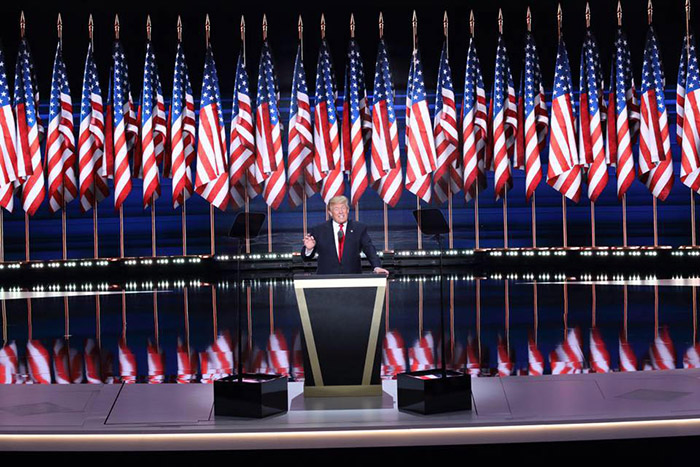 MEMPHIS, Tennessee — Democrats and Republicans alike are encouraged that a Trump Administration could inject freight infrastructure with a much-needed funding boost, allowing shippers to avoid disruptions and save on transport costs.

Those attending the 2016 JOC Inland Distribution Conference in Memphis this week lauded the Trump team’s promise to introduce legislation within his first 100 days in office that would “spur $1 trillion in infrastructure investment” over the course of a decade. The Republican president-elect has also promised the bill will be “revenue neutral,” leveraging “public-private partnerships, and private investments through tax incentives.”

What may seem ironic to many onlookers after this election cycle, the bill could find plenty of support from Democratic leadership. The proposal is actually at odds with the fiscal restraint espoused by Hill Republicans but in line with the remarks made by incoming Senate Democratic leader Chuck Schumer of New York.

“One of the few issues that provided common ground was the need for investments in America’s transportation network and infrastructure,” Shuster said in a statement Thursday. “With the results of Tuesday’s historic election now coming into focus, we have a unique opportunity.”

After all, the Trump plan is not that dissimilar from the work programs initiated under the Democratic Roosevelt Administration during the Great Depression, said Mike Regan, chief of relationship development at TranzAct Technologies. And perhaps that’s just what this country needs, he said.

When it comes to infrastructure, "we're living on a gift from the Eisenhower administration," said Regan. The Trump infrastructure investment plan could manage to both modernize American transportation networks, as well as reintroducing a number of blue-collar jobs back into the workforce that have been lost since an Eisenhower was in office.

"One of the top priorities for the next administration has to be the improvement of the infrastructure," said FedEx Freight president and CEO Michael L. Ducker. Ducker lamented that some of the historic trade deals — including the Trans-Pacific Partnership now under consideration and the Transatlantic Trade and Investment Partnership being drafted — may now be dead, but Trump may still breathe new life into the infrastructure that supports US trade.

The country’s roads and bridges are crumbling and, for years now, lawmakers have been looking for new and lasting means to support the cash-strapped Highway Trust Fund that’s meant to support them. Legislators last year managed to pass a fully funded five-year plan for surface transportation reauthorization with $10.8 billion in grants for freight projects. But, until last year, Congress hadn’t passed a highway bill that covers more than two years since 2005. Instead, funding had been allocated in small bursts in a series of stopgap measures.

The taxes on gasoline and diesel continues to be the primary contributor to the fund. Federal fuel taxes, however, haven’t been raised since 1993 and Americans’ recent proclivity for driving fewer miles and operating more fuel-efficient cars has only contributed to a crippling shortfall. Today, the federal government typically spends about $50 billion each year on transportation projects, while the gas tax annually nets only $34 billion to cover those costs.

With the highway bill already signed and not set to expire until 2021 and the recent waterway infrastructure bill good for another two years, it is unlikely the gas tax or typical funding bills will be on the table when a President Trump moves into the White House in January. But there will still be a desperate need for infrastructure investment. A $1 trillion investment plan may be the ticket, said transportation industry executives.

There are still some doubts. It took 10 years to pass a long-term, funded highway bill. The incoming Trump administration has promised to introduce — and pass — its infrastructure investment legislation in just 100 days.

Wary of the federal government’s reluctance to increase infrastructure-supporting fuel taxes, many states have already taken it into their own hands. New Jersey was the only state to enact legislation to increase state fuel taxes in 2016, but that followed a much more active 2015 in which eight states — Georgia, Idaho, Iowa, Michigan, Nebraska, South Dakota, Utah, and Washington — passed legislation to increase fuel taxes. In that year, two more states — Kentucky and North Carolina — altered the structure of their taxes in order to limit decreasing revenues.

And the year before that lawmakers in New Hampshire and Rhode Island enacted fuel tax legislation. While in 2013, six states — Maryland, Massachusetts, Pennsylvania, Vermont, Virginia, and Wyoming — and the District of Columbia did the same.