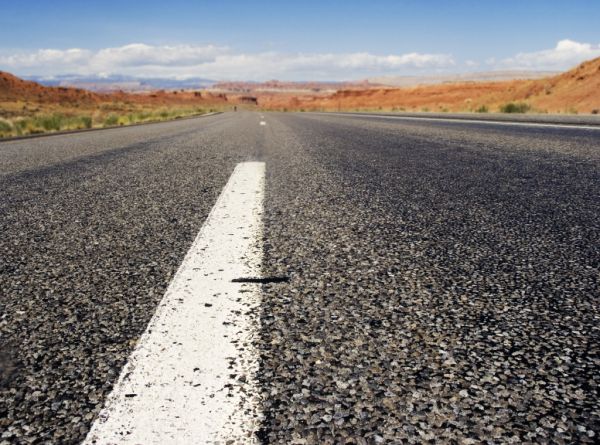 Shippers need to pay as much attention to supply chain safety as supply chain efficiency, or be prepared for greater government involvement in how they run their businesses and manage supply chains. In particular, greater efficiency can’t come at the expense of the truck driver and highway safety, Federal Motor Carrier Safety Administrator Anne S. Ferro said March 17 at the 40th annual Transportation and Logistics Council conference in Nashville, Tenn.

“When you, as drivers of the economy, squeeze every last penny you can out of the transportation services contract, you’re doing what you need to do for your company’s shareholders, your company’s owners and for your company’s profitability,” Ferro told shippers in the T&LC audience. “But keep in mind, safety is not an ancillary or accessory penny. When you have a contract with a company that has safety as part of its bottom line, that’s not an element to squeeze out of the contract.”

Shippers may argue that how a carrier allocates its resources is that carrier’s responsibility, but Ferro spoke out against excessive detention of truck drivers at shipper or consignee docks – something shippers could be held responsible for by regulators at some future date.

“There is very little in the detention time dynamic that recognizes the constraints the driver works under,” she said. “I would submit that’s probably because the driver is not compensated for that time. It’s free time for the detaining party and it’s very expensive for those detained.”

The T&LC group – about 300 shippers, brokers and logistics companies, trucking firms and transportation attorneys – was the latest audience to hear the FMCSA chief speak on the issue of not just motor carrier safety, but supply chain safety, as her agency increasingly takes a broader view of its regulatory responsibilities.

“Safety has got to be part of the supply chain, part of logistics planning, just as sustainability and efficiency are,” Ferro said. “I’m setting the framework so you know where I’m coming from.”

Ferro’s framework is the product of a driver-centric approach to motor carrier safety that has evolved during her tenure as FMCSA administrator. Since 2009, the agency has reworked driver hours of service rules, struggled with an electronic logging device mandate released last week and, most importantly, developed its Compliance, Safety, Accountability or CSA initiative, a carrier program rooted in data on driver behavior.

“For all of us, whether you’re driving your own car, operating heavy equipment or driving a large truck, it’s all about the driver,” Ferro told the T&LC. In the vast majority of highway accidents of all types, “it comes down to something the driver did or failed to do,” she said.

Most of the major FMCSA rulemakings since 2009 dealt with how drivers do their jobs, or driver qualifications or motor carrier policies and practices pertaining to drivers. Now the agency is looking beyond trucking’s walls to determine how action or inaction by shippers and other supporting supply chain partners, such as freight brokers, can affect the driver’s health, well-being and safety. The agency has been studying how detention affects driver safety, pay and compliance with hours of service rules since 2012. At a recent Transportation Research Board meeting, Ferro called detention, “not just inefficiency in the supply chain, but inefficiency that is placed on the back of truckers and for which they are not compensated.”

The first part of that study, completed by the Virginia Technical Transportation Institute, is complete, Ferro said, and is currently being “scrubbed” in an internal review.

“We’ll be releasing the results fairly soon,” she said. The second phase will start shortly.

In addition, the agency is completing a study on the effect different driver compensation models have on truck driver safety. That could lead to a contentious debate over whether long-haul truck drivers should be paid for their labor by the hour, or some other measure, rather than in cents per mile.

Both FMCSA studies take aim at how a driver’s ability to earn what Ferro called “a decent living” impacts that driver’s safety behind the wheel. For now, detention and compensation are matters for debate, not rulemaking, Ferro said. However, she argues the FMCSA has the authority to step across supply chain lines when it comes to protecting drivers and safety, thanks to Congress.

Congress said to the FMCSA, in MAP-21 – the two-year highway spending legislation, Moving Ahead for Progress in the 21st Century, that became law in 2012 – that it needs to prohibit or penalize entities that coerce drivers to break the safety rules, Ferro said.

“This, by the way, extends the agency’s authority to penalize into the shipping world,” she noted. The FMCSA did not seek that broader supply chain role, she continued, “but it is not surprising when it comes to ensuring a holistic approach to safety for that last mile.”

That MAP-21 provision led to a proposed rule prohibiting coercion of truck drivers now under review by the White House Office of Management and Budget.

“It’s the first time we’ve had a provision like this, and it will certainly have to precede or be a condition of any rule we do going forward,” Ferro said. “It will be a proposed rule on the street, I expect, in the next few months.”

That’s a proposal that shippers, third-party logistics providers and trucking firms will await anxiously. The rulemaking likely will define not only what would instance coercion, but what “entities” could be penalized.

The FMCSA’s new proposed mandate for electronic logging devices may provide an example. Under the proposal, carriers that use ELDs or information from ELDs to harass truck drivers – pinging them during their sleep cycles, perhaps, or urging them to drive beyond legal limits, Ferro said – could be hit with civil penalties of up to $11,000 per violation.

Ferro expressed hope that shippers, third-party intermediaries and carriers could work on problems such as detention time – which she said costs the trucking industry as much as $4 billion a year – without federal intervention.

“Certainly if there are inefficiencies within that [detention] time window, why not work together to tighten them?” she asked. Especially when inaction could mean broken links and higher costs across supply chains.

How to Improve OTIF: 15 Tips for On Time and In Full Delivery
END_OF_DOCUMENT_TOKEN_TO_BE_REPLACED