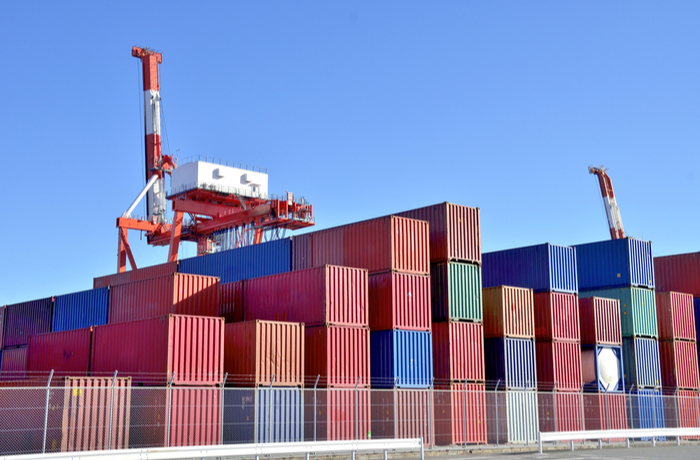 The finalized rule comes as the threat of detention and demurrage rises due to reduced gate hours at US ports as marine terminals adjust operating hours to match declines in demand caused by the coronavirus disease 2019 (COVID-19). Photo credit: Shutterstock.com.

US maritime regulators on Tuesday said they would formalize interpretive rulemaking aimed at helping it gauge whether levied demurrage and detention fees truly incentivize the retrieval of cargo and return of containers.

Under the final rule taking effect once it is published in the federal register, the US Federal Maritime Commission (FMC) signals to the industry that the fairness of detention and demurrage fees should be viewed through a lens of whether they encourage the pickup of import containers and return of empties. The rule is expected to be published in the register within two weeks.

"This guidance for industry stakeholders will hopefully result in revised and reformed business practice that, in turn, will lead to improved freight fluidity," FMC Chairman Michael Khouri said in a statement on Wednesday.

The finalized rule comes as the threat of detention and demurrage rises due to reduced gate hours at US ports as marine terminals adjust operating hours to match declines in demand caused by the coronavirus disease 2019 (COVID-19). US port directors and forwarders told JOC.com last week that the coming plunge in import volumes will be even deeper than they feared.

Given that violating the rule does not carry a civil penalty and cargo owners have been reluctant to bring detention and demurrage complaints, ultimately the interpretive rulemaking gives the industry a guide to work out disputes between truckers and cargo owners, and marine terminals and container lines. Although they complain of being unfairly penalized hundreds of thousands of dollars in penalties annually, cargo owners have held off on filing formal complaints for a variety of reasons.

Some smaller shippers are unable to afford legal fees while others prefer to work out differences commercially and are reluctant to bring in an intermediary and jeopardize a long-term relationship. And while cargo owners may shy from filing formal complaints with the FMC, they do want the agency to set up clearer ground rules on not being penalized when factors outside their control, from severe weather to congestion, prevent them from picking up their cargo and returning equipment.

The final rulemaking — of which earlier drafts have been criticized by container lines — comes after a coalition of more than 65 groups representing shippers, transportation intermediaries, and trucking interests in mid-March urged the agency to adopt the rulemaking. Less than two weeks later, a group of agricultural and food shippers asked the Trump administration to work with the FMC to address detention and demurrage penalties linked to disruptions caused by the COVID-19 pandemic that they deem unfair.

Under the finalized rule, the FMC will consider the reasonableness of detention and demurrage based on how carriers and marine terminal operators communicate their penalties to cargo owners and truckers, and the clarity of their terminology for defining each. FMC commissioner Rebecca Dye has focused her two-year investigation into unreasonable detention and demurrage in developing uniform definitions and identifying the responsibilities of ocean carriers and marine terminal operators to make boxes accessible during free time.

The finalized rule expands on the proposed rule introduced in September 2019 in that the agency will consider the holding up of cargo by Customs and Border Protection and the 47 other federal agencies able to do similarly when reviewing complaints. Language in the finalized rule also opens the door for the FMC to consider other factors, arguments, and evidence than what is listed.

“The FMC’s guidance on detention and demurrage is over 90 pages long, and we are still in the process of reviewing it,” John Bulter, president and CEO of the World Shipping Council, which represents major global carriers, said in a statement. “Because the purpose of the commission’s interpretive rule is to provide guidance to an administrative law judge in future complaint cases at the FMC, it will take some time to determine the effect of the guidance, especially since the commission has properly pointed out that each case must be decided on its own facts.”