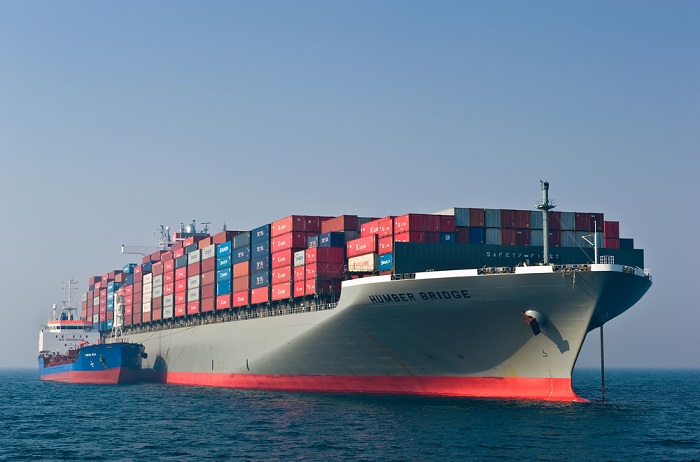 Industry analysts expect the vast majority – all but 5 percent or 10 percent – of ships to use low-sulfur fuel to meet the IMO’s requirements. Photo credit: Shutterstock.com.

The International Maritime Organization (IMO) rejected efforts by the United States and other member countries to delay some provisions of the low-sulfur bunker fuel rule, sending a clear message to container lines and their customers: The rule wil take effect Jan. 1, 2020 despite protests.

The IMO rejected an effort to delay the March 1, 2020 ban on vessels without scrubbers having high-sulfur fuel onboard, a move made to increase compliance to the rule estimated to cost the container shipping industry billions of dollars annually. A vote to confirm the March 1 start date is expected by the end of the week.

The IMO also rejected a so-called experience-building phase (EBP), initially promoted by countries including the Bahamas, Liberia, and Panama, that would allow one-time waivers if vessel operators were able to prove that the lower-sulfur fuel wasn't available for bunkering at certain ports of call.

Hideaki Saito, chairman of the IMO’s Marine Environment Protection Committee, on which the discussion of the proposed experience building phase took place, summed it up it up as “confusing and very vague,” IMO officials reported. He felt that the proposal “needs to be defined” to move forward, and the focus should be “on data collection and analysis to gain global experience using data gathered through existing mechanisms,” the IMO said.

As a compromise to the failed experience building proposal, the IMO agreed to boost efforts to lessen the mandate’s impact on the market. Those potential efforts — including the enhancement of measures to guarantee fuel oil quality and the reporting of when low-sulfur fuels aren’t available — could be discussed at a May meeting.

Industry analysts expect the vast majority – all between 5 percent and 10 percent – of vessels to use low-sulfur fuel to meet the IMO’s requirements, with a small percentage initially installing scrubbers. With an annual price tag of at least $5 billion and CMA CGM estimating it will increase the average cost of moving a TEU by $160, carriers have to pass the costs onto forwarder and carriers — or risk collapsing.

The Trump administration backs the EBP implementation system, proposed by a study, in order to “to mitigate the impact of precipitous fuel cost increases on consumers,” according to published reports. That could occur if, for example, refiners are unprepared for the IMO required changes, leading to a rise in the prices for related fuels, such as diesel and heating oil. Such a hike could emerge, and potentially trigger consumer discontent, as the US is entering the 2020 presidential election year.

The period from 2020 is expected to “result in a hugely disruptive period” for the refining and shipping industries, according to energy analysts at IHS Markit. The “scramble” as the sector settles on a new equilibrium between supply and demand could lead to low sulfur fuel priced around $680 a ton, about 30 percent higher than regular fuel, the analysts say.

However, the White House says it is not trying to delay implementation of the IMO rule. And analysts are skeptical that the US could bring about such a change at the IMO’s Marine Environment Protection Committee (MEPC) — the committee that originally decided on the 2020 implementation date two years ago, and is meeting this week, on a range of issues.

“Any such delay would be next to impossible at this late stage,”  according to a report by S&P Global Platts this week. For one thing, there is too little time to make such a change before the January 2020 implementation of the rules.

“If the US — or any other country — were to seek to overturn the new 0.5 percent  sulfur limit, it would need to find a majority of the signatories to Marpol Annex VI, the IMO’s convention on pollution from ships, who were willing to amend it,” the report said. “None of the European Union’s member states would be likely to support such a move, and a coalition would be difficult to form without them.”

The IMO also has a history of not yielding to pressure on a measure of great impact to the industry. The organization refused to change the July 1 start date of an amendment to its Safety of Life at Sea (SOLAS) rules, approved in 2014, despite extensive industry pressure and concerns that it would be disruptive and the industry would not be ready. The rule requires shippers to verify the weight of all their export containers in an effort to crack down on mis-declared container weights, which had contributed to maritime accidents.