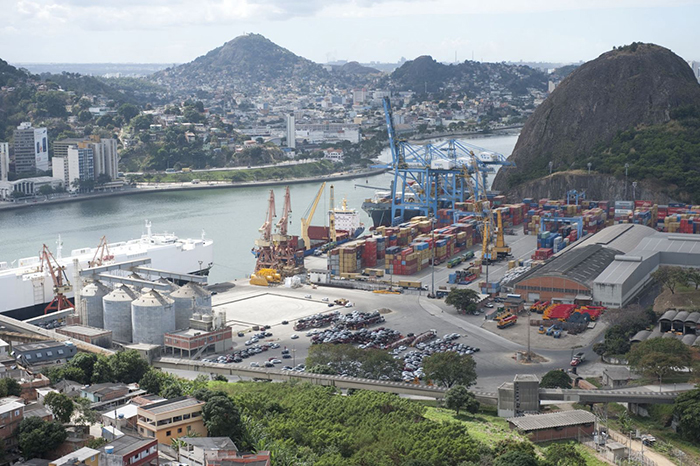 The port authority overseeing the Vilha Velha terminal in the Port of Vitoria was chosen to be the first privatized in Brazil because of its unique financial status.

The federal government has chosen Codesa, the port authority of the state of Espirito Santo, as the “Guinea Pig” for the reforms, which would put an end to the system of political patronage that currently defines Brazil’s port authorities.

Officials from the Programa de Parcerias e Investimentos (PPI), which is a kind of private-public finance initiative will work with the Brazilian National Development and Economic Bank (BNDES) to draw up and define the concession model, which will be released within three months.

Brasilia said the concession process will be completed before the next round of presidential elections in October 2018.

The privatization effort will also seek to decentralize port planning and give more power back to the local port authorities, reversing the policies of the former president, Dilma Rousseff, whose 2013 port law centralized key decision making powers in the Special Ministry for Ports (SEP)

An insider in the president’s office told a local newspaper that Codesa was chosen because it has no debts, whereas other port authorities, such as Codesp, which overseas Santos, have millions of dollars in debt, in addition to issues like pension payments. Such obligations could scare off potential bidders unless those debts were written off.

A port consultant who has worked for the private and public sector in Brazil told JOC.com that privatizing the port authorities would benefit the ports and shipping industries, as well as the country as a whole, assuming it was handled properly.

“I have been saying for years that the political appointees to the boards of Codesp, Codesa, and the rest, CDRJ in Rio de Janeiro, have been one of the main stumbling blocks to Brazilian ports really improving productivity to the level of first world countries,” said the Rio de Janeiro-based consultant. “A lot now depends on who the new private landlords are. Some bidders could be foreign and, given our poor recent record of corruption in Brazil that might be a good thing, although the dockers’ unions might fight against it.”

The privatization process will be carried out by Luiz Otavio Oliveira Campos, who has been nominated to lead the ports secretariat of the Ministry of Transport, Ports, and Civil Aviation (MTPCA). Sources have also told JOC.com there are plans to re-establish the SEP, which was folded into the MTPCA last year. An independent ports ministry would allow for more efficient planning and use of resources for Brazilian ports.

Possible bidders for Codesa and Brazil’s seven other port authorities are unclear.