US shippers set to suffer if tariffs assessed on containers

US shippers set to suffer if tariffs assessed on containers 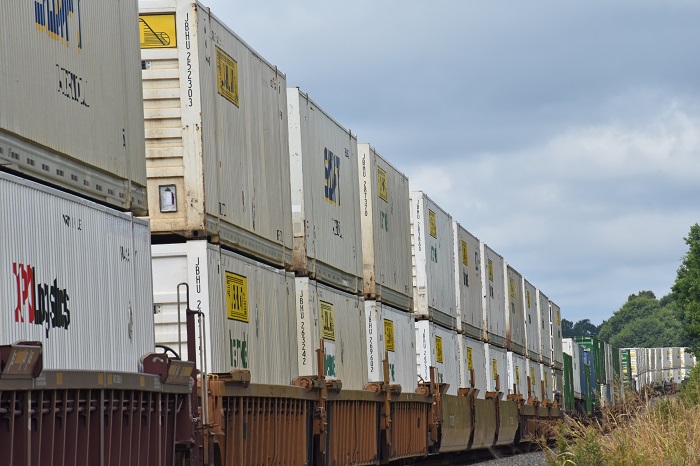 Tariffs on containers are unwarranted and will needlessly raise costs throughout the supply chain, business leaders testifying on Capitol Hill agreed. (Above: Containers being transported in the United States.) Photo credit: Shutterstock.com.

Testifying before the Section 301 Committee, business leaders argued that since there are zero US companies mass producing shipping containers, tariffs are unwarranted and will needlessly raise costs throughout the supply chain.

CIMC, the world’s largest container manufacturer, believes the tariffs will not change buying patterns nor accomplish their primary goal.

“We are in a global economy. The container manufacturers in the United States cannot do the volumes that are needed,” said Frank Sonzala, CEO of CIMC Intermodal Equipment, a subsidiary. “How will this tariff hurt China? US companies will buy containers from China at a higher price for no good reason.”

Singamas Container Holdings, the second-largest, is warning the tension could hurt volume, dampening demand for its equipment as steel tariffs increase production costs.

With most containers built by Chinese manufacturers, the higher production costs may trickle down to beneficial cargo owners.

“In recent years, J.B. Hunt has worked with two US companies in an effort to diversify 53-foot domestic container sourcing beyond the two existing producers in China. Nevertheless, neither US producer achieved commercial production that met the expectations of J.B. Hunt and others in the intermodal industry,” said Kent Delozier, J.B. Hunt’s intermodal director of maintenance. “An increase [in costs] caused by these proposed tariffs will reverberate throughout the US economy … [and] will impact US consumers at a time when fuel prices are escalating.”

US truckload rates have climbed 20 to 30 percent on a year-over-year basis on the spot market and contract pricing has risen in the high single digits to low double digits. Intermodal contracts have increased nearly 5 percent in some cases and domestic spot market rates have doubled in some cross-country longhauls. Transportation costs have dampened quarterly profits of food companies, retailers, and manufacturers already this year, although many companies are thriving in this economy. Business leaders, though, worry tariffs could decelerate the economy over the long term. Transportation providers raise prices on shippers as an offset, then shippers pass the costs onto consumers.

In 2015, the US International Trade Commission (ITC) investigated 53-foot containers and determined that the country “was not materially injured by imports of 53-foot domestic dry containers from China” and thus didn’t qualify for anti-dumping duties. The only US manufacturers in 2015 were Stoughton and a joint venture between American Intermodal Container Manufacturing (AICM) and Navistar International.

“In the fourth quarter, Schneider issued a request for quotes on upcoming container purchases. AICM and Stoughton were invited to participate. Stoughton declined to provide a bid and AICM currently has no capacity to produce containers. The ITC’s findings are even stronger than 2015: there is no sustainable US source of 53-foot domestic containers,” said Daniel Drella, Schneider’s director of intermodal equipment.

Mark DePasquale, CEO of the National Portable Storage Association, also explained how tariffs would be inconsistent with the Trump administration’s goal to combat intellectual property theft.

“To put it bluntly, marine containers are about as low tech as it gets,” he said.

On the international side, about 97 percent of marine containers are made in China, according to testimony before the committee.

“I’ve worked for international leasing companies, many in the US, and in my 30-year career, to my knowledge, they’ve never purchased a container outside of China,” DePasquale said.

Much of the testimony around 20-foot, 40-foot, and 45-foot containers revolved around industries using the boxes outside of the transportation industry. Storage companies, for example, will buy refurbished marine containers and lease them to retailers.

The testimony capped a two-day hearing into how tariffs would impact businesses across the economic landscape. Executives often concentrate on their own industry, but Wednesday’s testimony revealed how a tariff on containers can be a double whammy to shippers across the United States.

Commentary: Why a US auto import tariff should concern automakers