US exports most exposed in China-US trade dispute

US exports most exposed in China-US trade dispute 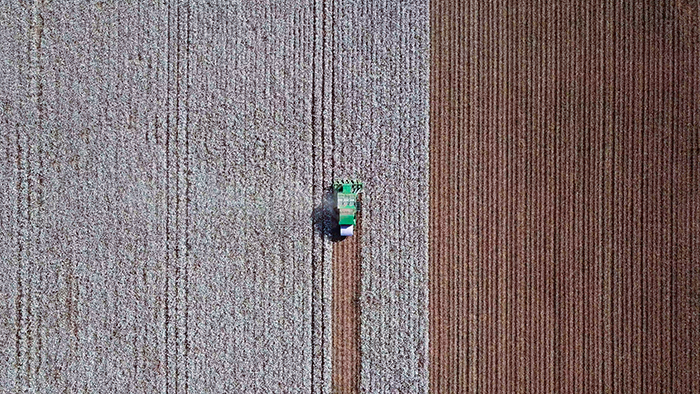 Cotton is the No. 2 containerized US export threatened by China's $34 billion in tariffs. Photo credit: Shutterstock.com.

The $34 billion in tit-for-tat tariffs China and the United States will levy on each other starting July 6 affect 6.2 percent, or 830,095 TEU, of the total China-US container trade of 13.5 million TEU based on 2017 figures, and the tariffs will hit US exporters harder than importers.

The additional $16 billion in commodities that both sides are still reviewing and adjusting would bring the total affected trade to 8.1 percent, or 1.1 million TEU, according to an analysis of data from PIERS, a sister product of JOC.com. The actions by both countries come as Russia, the European Union, India, Turkey, and Japan prepare to impose their own retaliation against US tariffs on imports of steel and aluminum.

Shippers, carriers, and other participants in the supply chain are closely watching the tariffs, but they say the effect on the market so far has been minimal, although that could change.

“At this stage, we aren’t hearing too much concern from our customer base on this issue,” said David Bennett, president of third-party logistics provider Globe Express Services, echoing a sentiment shared by other forwarders, shippers, and truckers contacted by JOC.com.

The revised lists of commodities each country is targeting with tariffs reflect a 1.5 percentage point increase from the original lists both countries released in April.

The impact of the tariffs on the trans-Pacific market is still unclear, particularly regarding imports from China, which rose 2.8 percent to 4.3 million TEU in the first five months of this year, down from the 7.1 percent increase in the same period of 2017.

The window for booking a rush shipment by sea was tight given the tariffs' unveiling on June 15, as the amount of time from then until the July 6 implementation is roughly equal to the time it would take to cross the Pacific Ocean excluding the time needed to place an order, truck it to a port, and have it loaded onto a vessel.

While import growth has slowed, it is hard to say whether that is impacting rates, as the Shanghai Containerized Freight Index spot rates on the JOC.com Shipping and & Logistics Pricing Hub in May turned positive year over year for the first time this year and those year-over-year gains have increased each week in June so far. Rates had been negative year over year as a result of tough comparisons to when they jumped after Hanjin Shipping’s bankruptcy at the end of August in 2016.

The import impact is likely to be most pronounced in the air cargo market, where the much shorter transit time gives shippers the ability to book orders and get them into the United States before July 6.

In line with the United States’ publicly stated goal of undermining China’s “Made in China 2025” program to transition its manufacturing base to high technology goods, the United States is targeting medical, surgical, dental, and veterinary instruments and appliances, computer parts and accessories, and solar equipment. Because of these goods' higher costs, there is a greater incentive to avoid the 25 percent tariffs.

One freight forwarder contacted by JOC.com said air cargo rates from Hong Kong to the US East Coast have risen by 31 percent per kilogram in the last week.

Other commodities the United States is targeting include forklifts and material handling equipment and their parts, telecommunications equipment, electrical equipment, and various pumps and fans.

The commodities the United States is targeting in the initial round of $34 billion are much more diffuse than those China is aiming for, with the Top 3 making up just 29.4 percent of the total volume at risk in 2017. The Top 3 US exports that China targeted made up 56.2 percent of the total last year.

Cotton, soybeans, and animal feed such as hay are the Top 3 US exports China’s $34 billion in tariffs will impact, and those foraging/feed products such as hay were not included in the first iteration of China’s tariff list.

The tariffs add to bad news for shippers of the commodities targeted by the July 6 tariffs, as US exports of those goods to China fell 21 percent in the first quarter to 64,232 TEU, when the tariffs were still just threats. US exports to China as a whole fell 19.3 percent to 614,850 TEU due to the waste ban.

Because of these declines before the tariffs took place, and the fact China has banned the import of waste, the impact of the tariffs on backhaul rates from the United States to China is likely to be more pronounced.

While fresher US export volume data are not yet available, a look at spot rates from the United States to China suggests that the declines have continued, with the US West Coast-to-China rate from the Freightos Baltic Index available on JOC’s Shipping & Logistics Pricing Hub down 13.4 percent year over year to $477.21, while the rate from the US East Coast is down 3.6 percent to $574.44.

Looking ahead to the remaining $14 billion in tariffs under review and for which neither side has given a firm implementation deadline, US exports of plastics and chemicals are primary targets of China’s tariffs, and they made up four of the Top 5 targeted commodities in the first quarter.

Polysulfides, polysulfones, and others not explicitly stated or otherwise indicated (NESOI) in primary form were No. 1, followed by articles of plastics NESOI, ethylene polymers NESOI in primary form, and polyethylene having a specific gravity under 0.94. These commodities in the first quarter made up 72.3 percent of the total China is targeting.

The imports from China the United States is reviewing and could hit with tariffs include iron and steel structures and parts, plastic plates, tubing, and sheeting, and engines and motors. The US government has not released details on the public review and comment period for these tariffs.

As shippers wait to see what the United States and China decide to do with the $14 billion in tariffs, tensions continue to rise.

After China announced its retaliation to the US tariffs, President Donald Trump issued a statement saying that he had ordered the US Trade Representative to identify another $200 billion in tariffs on imports from China.