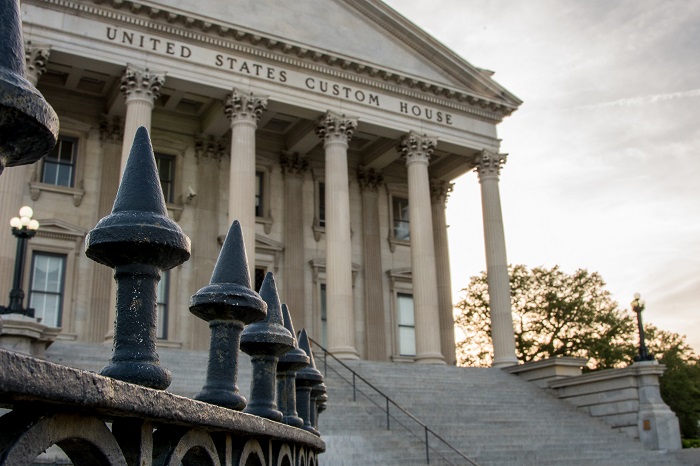 Importers may be unaware that they need to increase the level of the bond they must maintain with US Customs and Border Protection for duties due to be paid over a 12-month period. (Above: US Customs House, New York, United States.) Photo credit: Shutterstock.com.

There’s a secondary impact to the recent imposition of tariffs on certain goods that US importers are likely overlooking: the need to increase the level of what’s known as a continuous bond, which covers a defined percentage of the projected amount of duties, taxes, and fees an importer is expected to pay over a 12-month period.

Failure to maintain a sufficient bond can hamper importers’ ability to get their cargo released at US ports and cause importers to incur demurrage, since US Customs and Border Protection (CBP) can direct shipments with an insufficient bond to be held. The increased bond requirements are also taxing the balance sheets of small and mid-sized importers.

Experts in this field told JOC.com this week that the tariffs assessed as part of the Section 301 and Section 232 actions by the Trump administration this year compel importers to recalculate their estimated exposure to duties. In some cases, that means an importer might need to increase its bond level by 20 to 100 times what it is today. And there’s evidence that CBP is increasing its watchfulness of importers not meeting their bond requirements, with one source saying that from June to July, CBP tripled the number of notices it sent to importers with insufficient bonds.

The import bond is required for all companies importing goods into the United States, with CBP having set the continuous import bond amount at 10 percent of those estimated duties, fees, and taxes. The amount of a continuous bond is not based on the value of the goods themselves.

So, for instance, an importer that expects to pay $1 million in duties, fees, and taxes over the course of a year would need to secure a continuous bond of $100,000. Generally, such a bond automatically renews on an annual basis, unless the importer, or the importer’s customs broker, determines that the importer’s exposure to duties, fees, or taxes will increase or decrease. That calculation could come as a result of lower or higher expected import volume, or a change in the duties applicable to that volume.

The tariffs assessed earlier this year — from the 232 tariffs applied to steel and aluminum imports to the 301 tariffs applied to certain imports from China — by definition increase the amount of duties payable. And that can have a significant impact on importers from a couple different perspectives.

“On the steel tariff, we had one bond that went from $200,000 to $5 million,” said Colleen Clarke, vice president at Roanoke Insurance Group, which provides transportation-related surety bonds and insurance for the international trade community. “Another steel importer had a $200,000 bond and we have estimated they’ll now need an $11 million bond.”

First, those higher bond amounts translate into higher continuous bond premiums, a straight cost increase. Shane Garcia, owner and vice president of the Houston-based customs broker RW Smith, estimates that the cost of an annual premium might increase from $500 to $15,000 as a bond increases from say, $50,000 to $5 million.

But potentially more impactful is that importers often need to provide some collateral — generally a letter of credit — when the bond amount increases so substantially. That increased bank exposure can significantly hamper the finances of a small to mid-sized importer.

“It’s not just the bond premium, which is nominal in relation to the bond amount, it’s the underwriting and potential collateral requirements,” Clarke said. “It takes away from their available line of credit with their banks, and that might inhibit their ability to grow. That could happen.”

The increases in premiums are not necessarily linear with the increase in bond requirements, so a bond requirement that rises 20-fold wouldn’t translate to a 20-fold increase in premiums. Sometimes the premium rate goes down relative to the size of the bond, sometimes it goes higher — it’s largely dependent on the surety’s assessment of the importer’s ability to pay, a risk calculation. That goes back to whether the importer has a strong enough balance sheet or the cash balance to back the increased bond.

Cargo fluidity implications — CBP can hold cargo at the port

There are also cargo fluidity implications. If CBP deems a bond to be insufficient, it can hold cargo at the port of entry. Not only does that stymie an importer’s ability to get its cargo, the held cargo can also incur demurrage fees, Garcia noted. If the bond is deemed insufficient, CBP can inactivate the bond (which is essentially a three-party contract between the importer, customs, and the surety) and require importers to obtain single transaction bonds.

Those bonds, unlike continuous bonds, are in an amount of the total value of the shipment, including duties, fees, and taxes. They are primarily designed for infrequent importers and are also prohibitively more expensive than continuous bonds.

Clarke, who also currently serves as president of the International Trade Surety Association, said that in July CBP sent 183 letters to importers notifying them they had insufficient continuous bonds, a sign that enforcement of the bond levels is rising. In the months prior, that number had been around 50 to 60, she said.

“It is trending up, and certainly in the next few months it will trend higher,” Clarke said, alluding to pending tariffs due to be assessed on as much as $200 billion in goods from China as part of the next round of Section 301 tariffs.

But Garcia said it’s part of a wider ramp up by CBP with regard to continuous bonds.

“Customs has gotten more intense that importers have the correct bond in the last 18 months,” he said. “They’ve been more enforcement-minded, and then the rates go up, so importers are getting a double whammy.”

Garcia said that importers — even those mindful of the tariffs — often don’t link those increased duties to the impact they have on the bond they need to maintain.

“In general, they have no idea,” he said. “The ones that might have an idea are involved in antidumping cases, so they may be aware of it. Other importers may be very sensitive to the news and tariffs — I get calls all the time, ‘do you know what’s going to be on the list out of China?’ — but for some reason, they don’t correlate that to what the bond’s going to be.”

Part of the issue, Garcia said, is that the bond typically auto-renews, so it’s a case of “out of sight, out of mind.”

Another issue is that many importers — particularly those bringing in steel or aluminum products from Canada, Mexico, or other countries where there’s an existing free trade agreement with the United States — have the minimum continuous bond level, $50,000. Even if a company assesses that all its goods will enter duty-, tax-, and fee-free, CBP still mandates it maintain a $50,000 bond.

The tariffs are impacting these importers the most, since they’ve gone from a minimum bond based on zero duties, taxes, and fees to potentially multimillion-dollar bonds that need to be calculated at higher rates of duty every time new tariffs are enacted.

Customs brokers play a key role in this process. Sureties tend to work directly with brokers, not the importers, who then alert their customers about the potential for an insufficient bond. Proactive sureties and brokers do this preemptively, particularly since importers are not always proactive about maintaining adequate bonds themselves.

But some importers that “have the sophistication or increased bond requirements” work almost exclusively with sureties to meet their customs bond needs, he said.

“This is especially true in cases where the amount needs to be increased dramatically,” Sheppard said. “In many instances the customs broker will rely on a single surety company, which may be very good at issuing smaller, transactional type bonds, but their underwriting models do not have the flexibility which would allow them to issue bonds for larger or complex risks without the benefit of collateral. The broader surety marketplace is open to alternative underwriting solutions by employing more comprehensive risk and financial analysis. Importers needing larger bonds will have more options with respect to cost and other terms – like indemnity or collateral - that may be required when they seek the assistance of an insurance producer such as an agent or broker.”

Importers can get a referral from the National Association of Surety Bond Producers (NASBP), an independent insurance producer trade association.

There are other wrinkles to the issue as well. Bond requirements start accumulating — or “stacking” — when importers bring in goods that are affected by anti-dumping or countervailing duties. Those cases often take the US Commerce Department more than 12 months to decide, so multiple bond periods remain exposed until the cases are decided.

“That’s because of the length of time it takes to liquidate entries subject to anti-dumping cases,” Clarke said.

The bond issue is likely to escalate in the coming months as importers across a range of sectors determine whether the additional $200 billion in tariffs from China affect their goods. The second tranche of tariffs under the original China tariff enforcement, affecting $16 billion worth of Chinese goods, is also due to go into effect Aug. 23.

Canada Trade and Shipping Outlook
TPM22: What We Learned — Container Shipping in the Crosshairs
Managing E-Commerce From Order to Delivery and Beyond
END_OF_DOCUMENT_TOKEN_TO_BE_REPLACED