Containers out of sights of newest round of US tariffs

Containers out of sights of newest round of US tariffs 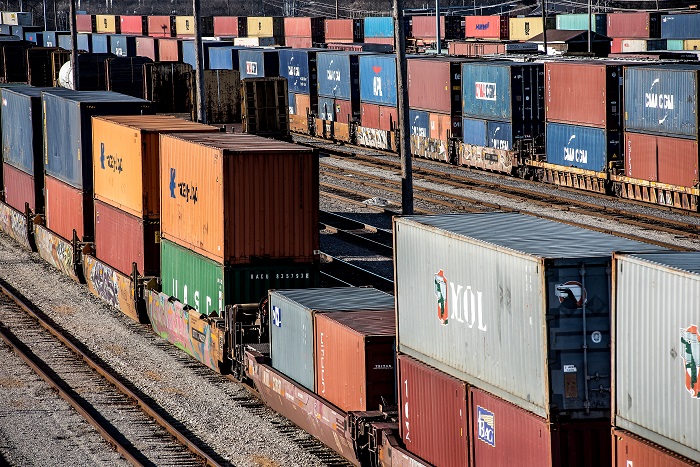 Containers were one of only five items among the original 284 items granted a reprieve by the US working group consisting of nearly a dozen federal agencies. Photo credit: Shutterstock.com.

Cargo owners will no longer have to worry about a 25 percent tariff on shipping containers in an escalating trade war with China after an interagency committee decided to remove the item from the final list.

Containers were one of only five items among the original 284 items granted a reprieve by the working group consisting of nearly a dozen federal agencies. The shipping industry took an active approach to persuade policymakers to exempt the item because of the ramifications across the entire supply chain.

Representatives from J.B. Hunt Transport Services and Schneider National testified how there are not any US manufacturers of 53-foot intermodal domestic containers, therefore Chinese manufacturers don’t harm any existing US businesses. They warned lawmakers that raising prices on containers would trickle down to shippers through freight invoices.

“Almost all US companies that ship from any volume of product, such as retailers and manufacturers, use intermodal transportation. An increase in freight prices caused by these proposed tariffs will reverberate through the US economy and will be felt by manufacturers, retailers, and eventually consumers,” testified Kent Delozier, director of maintenance for J.B. Hunt, during a July 25 hearing.

“Adding for a predictive growth of 7 percent, 21,000 53-foot containers will be added in 2018 assuming the average price of $12,000. The imposition of a 25 percent tariff would cost the industry $64 million in additional capital annually and about $370 million in capital over a five-year period,” said Daniel Drella, Schneider’s director of intermodal safety. “All these increased costs in some manner would be passed along to the end consumer, further exacerbating economic inflation.”

Finally, a common theme among those testifying was the design of a shipping container: a rudimentary steel box. The Trump administration also aims to curtail China’s intellectual property theft of US proprietary technology.

“To put it bluntly, marine containers are about as low tech as it gets,” said Mark DePasquale, CEO of the National Portable Storage Association. The group testified because there is a lucrative US market for 20-foot and 40-foot international containers as storage. Ocean carriers sell their boxes when they purchase newer units, a thriving secondary market.

China International Marine Containers and Singamas Container Holdings — the two largest manufacturers worldwide — scored a win and can refocus their efforts on surging demand for 53-foot containers because intermodal volumes are rising amid tight truckload capacity.

Schneider announced on an Aug. 2 earnings call that it received 1,500 new containers in the second quarter and surpassed 20,000 boxes overall. Another 2,000 to 2,500 containers are due to be added before the end of September.