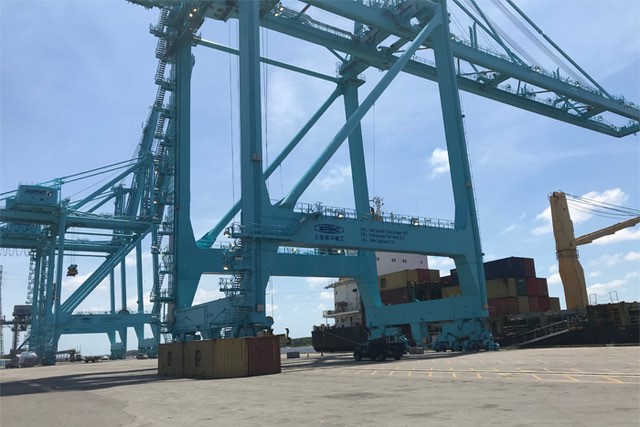 A ZPMC crane in Jacksonville, Florida. ZPMC is only one of two manufacturers of ship-to-shore cranes and both suppliers build the equipment in China. Photo credit: Ari Ashe/JOC.com.

The United States Trade Representative (USTR) has removed ship-to-shore cranes and shipping containers from a list of $300 billion in goods subject to tariffs on Sept. 1 and Dec. 15, 2019, a victory that will save ports and shippers.

By placing a 10 percent tariff on ship-to-shore cranes, port authorities would have spent about $1.5 million more on cranes, according to the American Association of Port Authorities (AAPA). New shipping containers would have cost about $1,000 to $1,500 to domestic intermodal providers such as J.B. Hunt Transport Service, Schneider National, Hub Group, C.H. Robinson Worldwide, and numerous container lessors. Ultimately, the extra costs would have been passed onto cargo owners, according to testimony during tariff hearings.

The tariff exemption may seem familiar. Containers and cranes were on a list of tariffs last year. J.B. Hunt, Schneider, and the AAPA testified in Aug. 2018 about why the items should not face tariffs. In Sept. 2018, the USTR removed both items from the final list.. Eight months later both were on a new list. The AAPA, Institute of International Container Lessors (IICL), Port of Virginia, and Port Everglades testified this June using the same arguments. Once again, they have been removed. 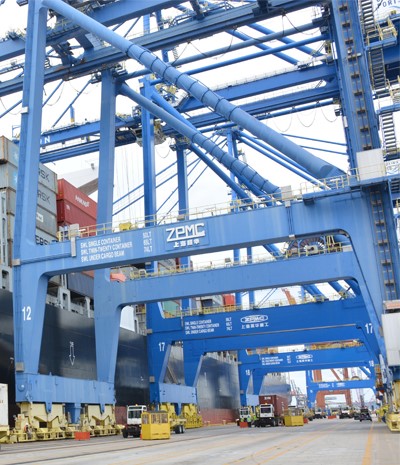 “We were pleased to see that ship-to-shore cranes, straddle carriers, and other port equipment were removed from the list,” said AAPA president Kurt Nagle. “Tariffs on these cranes, which cost upwards of $14 million each, would have harmed ports’ ability to make the infrastructure investments necessary to handle increasing volumes and the larger vessels now being used in ocean trade, hurting US international competitiveness.”

There are only two primary manufacturers of ship-to-shore cranes: Shanghai Zhenhua Heavy Industries Co., Ltd. (ZPMC) and Konecranes. ZPMC is a Chinese company and Konecranes is a Finnish company but manufactures many of the cranes in Shanghai, China.

“We are appreciative of the invitation to testify before the USTR on the issue, its close consideration of the testimony and the outcome,” said John Reinhart, CEO of the Virginia Port Authority, which has been a ZPMC customer. “The cranes will help facilitate the efficient movement of exports and imports across The Port of Virginia, which ultimately benefits American consumers, manufacturers and the economy."

The two primary shipping container manufacturers are China International Marine Containers and Singamas Container — both Chinese. There are no US manufacturers in either case.

“By not imposing a tariff on containers, US producers, consumers, container re-purposers, and the general public will continue to benefit from container availability,” said IICL president Steven Blust.

The re-purposing he refers to was another angle on the tariff debate. When an ocean or domestic box outlives its useful life in the shipping industry, it will be repaired and sold on the secondary market. There is a large market across various industries to purchase these 20-, 40-, and 53-foot containers to store non-perishable items. Had the tariff remained, it would have applied to any sale within the United States.