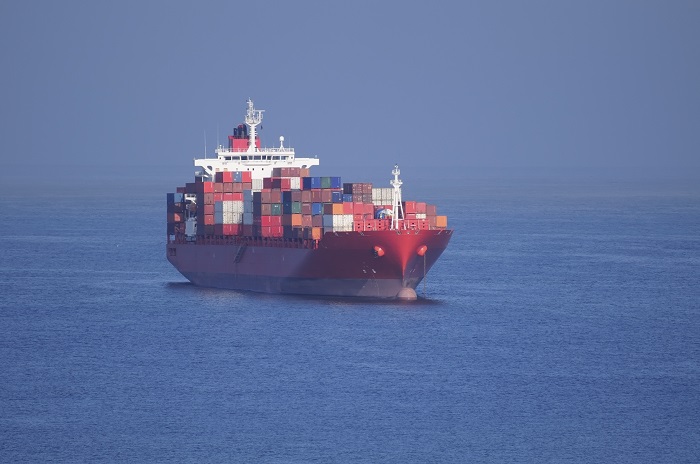 Ocean carriers want to avoid being caught up in secondary sanctions that will be imposed
by the United States on companies dealing with Iran.
Photo credit: Shutterstock.com.

CMA CGM has joined Hyundai Merchant Marine, Maersk Line, and Mediterranean Shipping Co. in withdrawing its Iranian services in advance of US sanctions being imposed on the country, scrapping calls at Bandar Abbas and adjusting its Asia-Middle East network.

The CEO of CMA CGM, Rodolphe Saadé, told a press conference in France that the carrier had also suspended its partnership with Iranian national container line Islamic Republic of Iran Shipping Lines (IRISL).

While no date has yet been set for the imposition of US sanctions, the global carriers want to avoid being caught up in secondary sanctions that will be imposed by the United States on companies dealing with Iran, a move that would impact their huge presence on the US trades. Other carriers are expected to follow suit.

Saadé reportedly told Reuters, “Due to the Trump administration, we have decided to end our service for Iran. Our Chinese competitors are hesitating a little, so maybe they have a different relationship with Trump, but we apply the rules.”

China certainly has a different relationship with Iran as its largest trading partner, with 38 million tons of annual trade between the two countries, according to Global Trade Atlas, a sister product of JOC.com. The top three commodities in China-Iran trade are ore, slags, and ash, which grew more than 20 percent in 2017; mineral fuel oil, etc., was up 13 percent, and organic chemicals, up 10 percent. Of the top 10 commodities in the China-Iran trade, salt, sulfur, earth, and stone was the fastest growing for most of 2017, up 35 percent.

Cosco Shipping is part of the Ocean Alliance that from the end of July has restructured its Asia-Middle East services that no longer call at Iran. The new CIMEX 1 rotation will be Tianjin, Busan, Qingdao, Shanghai, Shekou, Singapore, Sohar, Jebel Ali, Hamad, Dammam, Jubail, Singapore, and Tianjin. However, it is not yet known whether Cosco plans to continue trading with Iran.

Withdrawing from Iran will be keenly felt by CMA CGM, which quickly capitalized on the opening of the Iranian market since the easing of Western sanctions against the country in 2015 in exchange for its acquiescence to international regulation of its nuclear program. The Marseille-based carrier opened several offices in the country and signed a cooperation agreement with IRISL.

Further, just this December 2017 CMA CGM announced it was resuming its CIMEX 9 service on the Asia-Iran trade to take advantage of the 13 percent growth in trade between China and Iran in 2017 in tonnage terms. It was the third direct service between Asia and Iran.

The European Union has increased its Iran trade since 2016

“When economic sanctions were imposed on Iran at the start of 2012 the impact on container trade was instantaneous. Port throughput in the country decreased by 18 percent that year and by 2015 box handling had shrunk by 36 percent since 2011,” Drewry noted in its Container Insight Weekly newsletter.

Following the announcement of renewed sanctions, Maersk Line and MSC quickly announced they would not accept bookings or payments from any designated person or company on the US Treasury Department’s sanctions list.

But the recovery in Iran only provided a marginal benefit to overall container demand growth last year, with Drewry estimating that Iran’s container port handling throughput increased by approximately 580,000 TEU in 2017.

The risk presented by sanctions is less about derailing gains already made in the container market; rather it is about quashing potential future growth, the analyst said. Iran’s total of 2.95 million TEU in 2017 was only 91 percent of its record year in 2011.

Before sanctions were imposed in 2012, Iran’s container port handling enjoyed a stellar, five-year compound annual growth rate of 18 percent. “Had both countries not been banished to the naughty step and maintained those annual growth rates they would have been much more significant players in the container market world than they are today. According to Drewry calculations, in that theoretical scenario Iran’s port handling last year would have been three times larger than it actually was,” the analyst said.