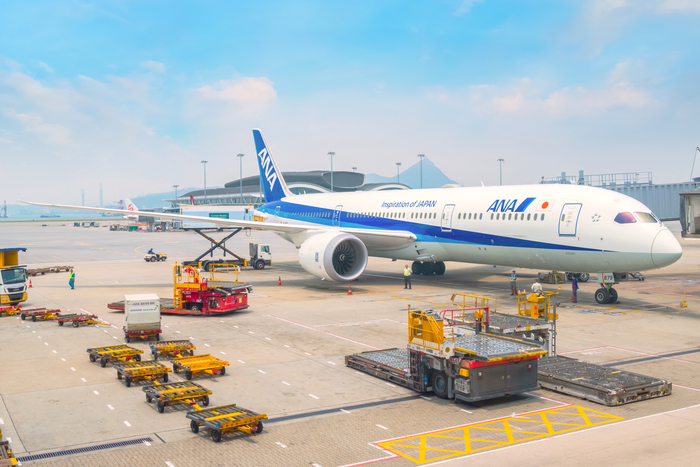 Air cargo is the only recourse for shippers wanting to beat the surprise increase in tariffs to 25 percent on Friday for a large array of goods. Photo credit: Shutterstock.com.

President Donald Trump’s threat to raise tariffs on $200 billion-worth of Chinese goods to 25 percent from 10 percent has sent some shippers of electronics and computer and vehicle parts scrambling for air cargo capacity, while trans-Pacific carriers brace for even slower import growth ahead. Shippers, however, must balance the higher costs of air freight with the added pain of tariffs.

The president said that he would issue new tariffs to cover the remaining $325 billion in trade that has so far gone untaxed by the tariff regime, in addition to the increase to 25 percent on approximately 37 percent or 4 million TEU of the US import trade with China. The new tariffs would mostly hit the apparel sector, which is one of the few sectors yet to be hit by the wide-ranging tariffs.

With a Friday deadline, some shippers of higher-value goods are trying to expedite shipments via costlier air cargo services, but with limited time and capacity on freighters and in the bellies of passenger jets, most are resigning themselves to more heftier tariffs when their Chinese imports make landfall. The increase in tariffs was originally set for March 1 and delayed in late February as the US and China seemed to progress on trade talks.

Before Trump’s threat in the form of a tweet, air cargo spot rates from Hong Kong and Shanghai to North America were trending down. On a year-over-year basis, spot rates from Hong Kong were down 9.8 percent to $3.50 per kilogram, and rates from Shanghai were down 4.2 percent to $3.24, according to the weekly TAC Index. Rates, which are released on Monday in Asia, slipped on a week-to-week basis, having been published before the tweets.

If the Friday timeline holds, then the impact of the new tariffs on freight markets will be limited. If, however, the White House decides to expand that timeline whether due to the trade negotiations or pleading from the business community, seaborne US imports could reverse their slowing growth.

Containerized US imports rose 3.5 percent in March to 1.9 million TEU, down from the 4.7 percent growth of March 2018, and growth in each month of the first quarter of 2019 has been slower than that of last year, according to data from PIERS, a sister product of JOC.com within IHS Markit.

An extension in the time frame for the higher tariffs could lead to a rush in cargo similar to that of 2018, when trans-Pacific spot rates surged so strongly and capacity tightened so quickly that carriers began to refuse to honor minimum quantity commitments and rolled cargo. That experience, and a desire not to repeat it among shippers, is what is behind the double-digit increases in trans-Pacific shipping contracts this year.

While the transportation industry is rightly focused on the revival of these tariffs, they threaten to overshadow another critical trade decision due over the next two weeks: the finding of the 232 national security investigation into automobiles and auto parts. The White House must make public its findings and course of action on the Commerce Department’s report by May 17.