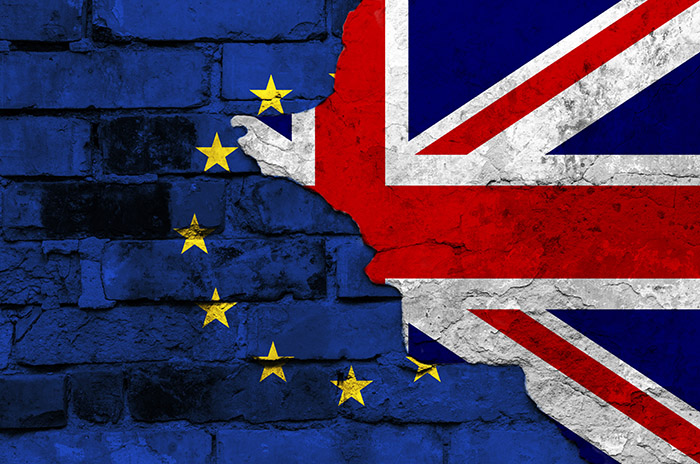 Negotiations on the terms of Brexit are running behind schedule. Photo credit: Shutterstock

Editor’s note: Although a new round of Brexit negotiations resumed this week, several signals are turning to red in Europe as a “hard Brexit” is anticipated from talks between the United Kingdom and the European Union. Pierre Liguori, director of the supply chain consultancy firm Tokema International, will explain in a series of articles in the coming weeks how Brexit could harm trade between the United Kingdom and continental Europe, create major supply chain disruptions, and impact the logistics industry in the short and long term.

The EU single market is probably one of the most ambitious parts of the European project. One of the original core objectives of the European Economic Community (before it became the European Union) was the development of a single market ensuring free movement of goods, services, capital, and people — apart from eliminating tariffs, quotas, or taxes on trade. Known as the “four freedoms” and defined by the Single European Act, the common market was launched on Jan. 1, 1993, giving access to a market of 500 million consumers at reduced cost and limited administrative burdens.

UK Prime Minister Theresa May confirmed months ago the United Kingdom will leave the EU’s single market as she laid out her Brexit’s vision in January 2017; she made clear the Brexit she is pursuing “cannot mean membership of the single market.”

Many companies have started to assess how it may affect their current and future supply chain set up, starting with adjustments to their procurement and sourcing strategy. A recent research study of the Chartered Institute Procurement and Supply (CIPS) shows that 63 percent of EU businesses who work with UK suppliers expect to move some of their supply chains outside the United Kingdom, a significant increase compared with May’s survey (44 percent). The survey of 1,118 supply chain managers in the United Kingdom and Europe also shows that 40 percent of UK businesses with EU suppliers have started to look for domestic suppliers in the United Kingdom.

US exporters, who are currently working with UK and EU customers, will have to reassess their current pan-European distribution strategy in light of these two separate markets’ implementation. Depending on the industry, strategies may vary; global manufacturers with lucrative UK markets will have the ability to absorb additional new tariff costs. In industries with long product cycles such as automotive it will certainly be hard to replace current approved, hard-to-find, and specialized suppliers who shall be asked to compensate financially part of the Brexit impact or offer new logistics alternatives in the United Kingdom at a lower cost. Logistics costs could be also eased with government’s incentives. And some industries such as fashion could relocate part of their operations back in the United Kingdom.

Another main topic under review is the supply chain hubs strategy. Businesses trading across the European Union today experience simplicity and have pan-European supply chain operations with manufacturing, stock locations, and warehouses designed to optimize cost and working capital and offer consistent and increased service levels. As of March 2019 the United Kingdom and the European Union will become two separate markets, adding new complexity to businesses planning.

However, uncertainty can also be seen as an opportunity. According to the CIPS survey, 26 percent of the UK businesses with EU suppliers “are investing more time to strengthen their relationship with valuable suppliers on the continent.”