New pact with China could propel rice to major US export

New pact with China could propel rice to major US export 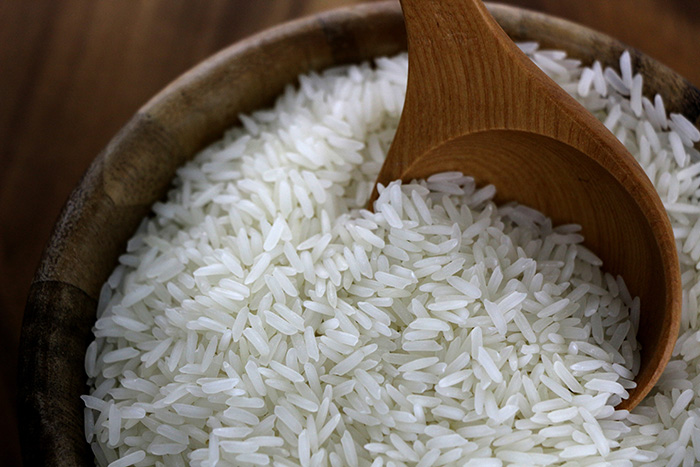 US exports of containerized rice surged more than 40 percent in the first half.

A new bilateral agreement could open China’s huge market to US rice as early as next year and propel now moderate rice volume through Oakland and other ports.

“The signing of the phytosanitary agreement was a big, big step,” said Johnny Sullivan, vice president at Producers Rice Mill, a large farmers’ cooperative in Stuttgart, Arkansas. “The market in China is mind-boggling.”

China is the largest producer, consumer, and importer of rice. Every two weeks, China consumes approximately as much rice as the US produces in a year. Last year, US rice growers produced just more than 7.1 million tons, a 16 percent increase from 2016, according to the US Department of Agriculture. About half of US production is exported.

The US-China phytosanitary agreement, which covers things such as pests and pathogens in agricultural shipments, is only a first step. Opening China to US rice is expected to take more than a year, and analysts say shipment volume is expected to start slowly, at perhaps 50,000 tons the first year, and grow for several years.

“A lot of things have to happen before the first bag or box is floated over there, but one thing we do know — the demand is there,” Sullivan said.

US exporters and ports already are excited — none more so than the Port of Oakland, which dominates US containerized rice exports. Last year, Oakland handled 18,476 TEU of rice exports, or 62.7 percent of the US total, according to PIERS, a sister product of JOC.com.

John Driscoll, the port’s maritime manager, said the US-China phytosanitary agreement opens new opportunities for Oakland, which is near rice-producing regions in California’s Sacramento Valley. “Given our location and track record with agricultural exports, we would hope to play a role in this new trade breakthrough,” he said.

During the first five months of this year, total US rice exports, including land and non-containerized shipments, rose 23 percent year over year in volume and 10 percent in value, USDA figures show.

US containerized rice exports during the first half of this year increased 43 percent, to 20,746 TEU, following annual increases of 19 percent in 2015 and 15 percent in 2016, according to PIERS.

As with corn, soybeans,  and wheat, containerized shipments of rice make up a relatively small slice of total export volume. US rice exports last year totaled 29,490 TEU. At 20 metric tons per 40-foot container, that is about 300,000 tons, or less than 10 percent of last year’s total US rice exports.

The relative shares of rice moved in containers, bulk carrier, and breakbulk vessels have remained fairly static in recent years. Sullivan said the most notable change may be the increased use of full-container liner bags instead of palletized smaller bags in containers.

The top five destinations including all transportation modes are Mexico, which is supplied by truck and rail, and Haiti, Japan, Venezuela, and Honduras. Since the North American Free Trade Agreement was enacted, Mexico has become the top destination for US rice, accounting for 20 percent of total US export volume.

Gulf ports handle large volumes of bulk shipments of “rough” rice that is milled and bagged in destination countries, along with bagged and palletized breakbulk shipments. The Port of Lake Charles, Louisiana, for decades a leading port for regionally produced bagged rice, in 2015 opened a grain elevator that IFG Export operates for bulk rice and other grains.

Arkansas produces approximately half of all US-grown rice. California is a distant second with about 20 percent, followed by Louisiana, Mississippi, Texas, and Missouri. Most of California’s production is medium-grain rice, popular in Asia. The other states rely more heavily on US markets, and have a larger proportion of long-grain rice, which is preferred in the Middle East and Europe.

In addition to the highly anticipated opening of the China market, US rice producers this year resumed exports to Iraq under a bilateral pact. A trade agreement with Colombia has led to an increase in volume to that country. US exporters also report growth in the United Kingdom, where US rice has gained market share in big-box supermarkets, and in the European Union. Iran and Cuba are two once-big US exports markets that now are off-limits to US producers.

US rice exporters say they are optimistic about future growth, despite stiff price competition from countries such as India, Thailand, and Vietnam, and import restrictions that protect local rice growers and millers in many countries. US exporters are promoting their increasingly competitive prices and high quality, said Michael Klein, spokesman for the USA Rice Federation, based in Arlington, Virginia.

Sullivan said the US-China rice agreement is “the most intense phytosanitary agreement between two countries that’s ever been in place.” He said he expects Chinese purchasers to be private buyers seeking a premium product, and that “from a food quality and safety standpoint, the US is A-Number One.”

US chemicals exports in 2019 hinge on Chinese tariffs