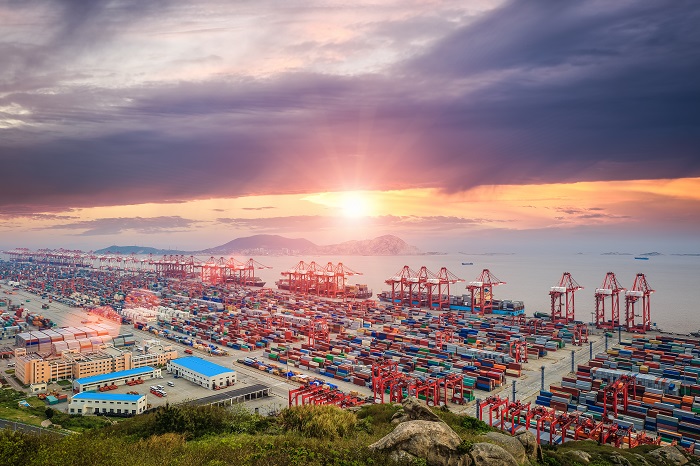 Broad global economic expansion kept growth at China’s Top 20 ports in the first quarter on par with last year’s level of 6 percent as volume reached 48.9 million TEU, according to the Shanghai Shipping Exchange.

China’s GDP grew 6.8 percent in the first quarter, and IHS Markit forecasts that growth will moderate but remain strong at 6.7 percent this year, compared with 6.9 percent in 2017. World GDP growth is forecast to accelerate this year to 3.4 percent compared with 3.3 percent last year.

The container growth comes despite a 30 percent decline in US exports to China in the first two months of the year, indicating that volume is robust enough at Chinese ports to offset the losses from the country’s ban on importation of certain kinds of waste.

The commodities behind that growth include television and sound equipment, the total volume of which rose 31.7 percent in January and February, oil seeds and fruit, which rose 3 percent, and wood and articles of wood, which rose 16.6 percent, according to the Global Trade Atlas, a sister product of JOC.com. Shipments of organic chemicals rose 3.6 percent while toys and games jumped 28.6 percent.

The Caixin China General Manufacturing PMI dipped to a four-month low of 51, down from 51.6 in February as growth in production, export orders, and total new orders slowed, but confidence in future growth prospects hit a one-year high.

“ ... New orders increased at a slightly slower rate, highlighting that the deceleration in the manufacturing sector was mainly driven by the supply side and that demand has remained relatively stable,” said Dr. Zhengsheng Zhong, director of macroeconomic analysis at CEBM Group in the PMI report.

Slower sales growth led to a marginal increase in inventories of finished items, as respondents to the survey said that tougher environmental inspection requirements led to longer lead time for inputs.