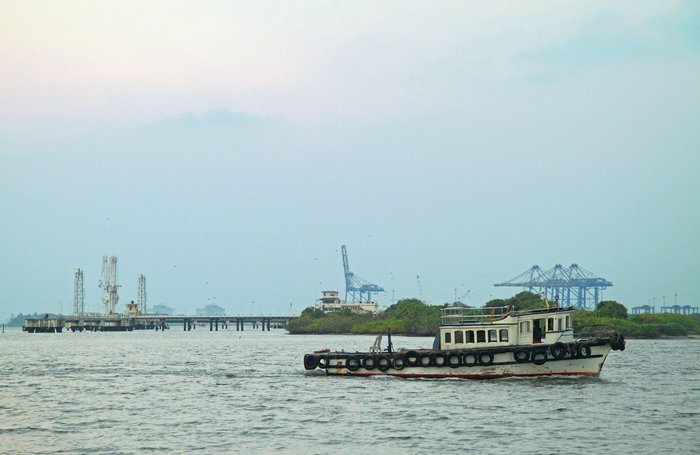 Traffic through South Asian ports such as India's Cochin has been powering strong growth in global trade.

South Asia is the leading growth market for container shipping and will provide carriers with the space to cascade larger vessels onto the trade, according to Drewry Shipping Consultants.

Combined eastbound headhaul shipments out of Europe to the Middle East and South Asia were up just 1.9 percent year over year in the first five months of the year, according to Container Trade Statistics.

A 4.5 percent rise in European traffic to South Asia was dampened by flat volumes on the larger Middle East trade which posted an increase of just 0.4 percent, London-based Drewry said.

Shipments from the Mediterranean to South Asia soared by 14.3 percent, with hay, animal feed, and grain reported to have driven the growth, while outbound North Europe traffic was virtually unchanged.

By contrast, the Mediterranean-to-Middle East trade grew 3 percent year over year during the first five months of 2017, while traffic out of North European ports was down 2.7 percent.

South Asian exports to Europe are still rising, but grew just 1.8 percent in the first five months to 480,000 TEU while Mediterranean imports were slightly stronger, rising by 3 percent to 295,000 TEU.

There is still some scope for larger ships to be deployed on the India-to-Europe route but “the danger is that too many vessels could be deployed too quickly,” Drewry said.

Three new services out of the faster-growing Mediterranean market were launched in short order in the second quarter, but so far there has not been a discernible negative impact on freight rates.

Spot rates per FEU from Rotterdam to Nhava Sheva had risen to $1,670 in June, down slightly from the level in May, but significantly up on the $1,090 rate at the beginning of the year.