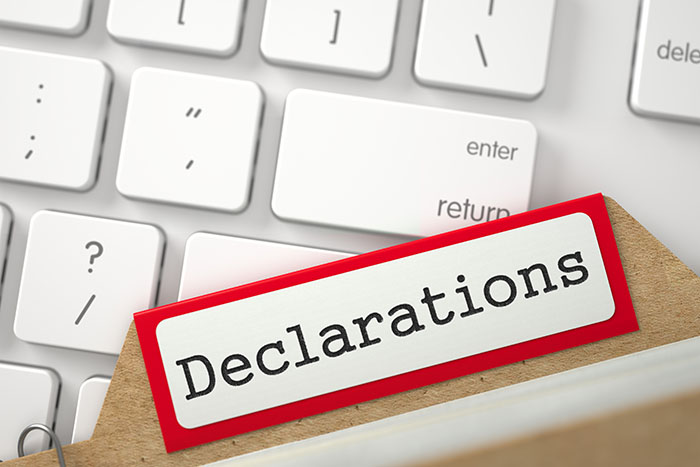 The US customs community in 2020 should be focused on using technology and automation to gain efficiencies in the supply chain, according to Amy Magnus, president of the National Customs Brokers and Forwarders Association of America (NCBFAA). Photo credit: Shutterstock.com.

In 2020, the US trade community will continue to be challenged by multiple strains and stresses generated by the Trump administration’s trade policy, especially with respect to the various lists of Section 301 tariffs slapped on US imports from China. “We’ve all been pretty stretched this year, and we’re going to have a rough go of it next year as well,” said Amy Magnus, president of the National Customs Brokers and Forwarders Association of America (NCBFAA).

Those engaged in international trade have always known that goods had to be classified and valued correctly, but the costs and complexities of achieving those goals have ballooned as a result of the tariffs, as have uncertainties about the constantly changing minefield of US trade policy. “People know they have to do things right,” Magnus said, so they are looking for ways to mitigate their duty exposure by tariff engineering or by restructuring their transactions in ways that affect their valuations.

Many brokers “are getting squeezed financially from both sides,” said Susan Kohn Ross, a partner at the international law firm Mitchell, Silberberg & Knupp. A lot of small and midsize firms are being asked to lay out enormous amounts of money. While steamship lines have an additional revenue stream in demurrage and detention fees, “the brokers are getting caught in the middle of that, because they have no ability to speed up the timing of when the container is going to made available at the port or picked up.” Nowadays when goods are cleared, Ross said, “there is a lot more focus on the customs brokers who are dealing with goods coming out of China.”

That focus makes sense for US Customs and Border Protection (CBP) because some people are undervaluing their goods “by ridiculous amounts of money” in order to compensate for the duties on imports from China. But the vast majority of CBP officers “still don’t understand what a customs broker does, and they try to push the broker to be responsible.”

Magnus said automation is “the biggest thing we ought to be looking at now” in order to ease that burden. That means using technology to gain efficiencies in the supply chain.

“Some of this is affected by the ease of e-commerce,” which will continue to boom in 2020, placing greater demands on brokers for handling more and more traffic at a more rapid pace. “We hear a lot of chatter about artificial intelligence, blockchain,” said Magnus. “Those are very real emerging issues that we have to adapt to as these things roll out more and more.”

It’s not just the brokers who are challenged, Magnus noted. Customs officials are also pressed to keep up with all these tariff changes. Automated processes are needed in order to collect accurate trade statistics and properly screen for illegal and/or dangerous cargo, and CBP’s Automated Commercial Environment (ACE) must continue to evolve, Magnus said. “With all these new [tariff] demands and every new policy that comes from the president, there are further modifications” in technology that have to take place, not just in ACE itself. Those modifications will also occur on the broker side, she said.

In the year ahead, CBP will focus on sustaining all deployed ACE capabilities, as well as ensuring that ACE operates as a highly available and reliable system. It will also continue to respond to demands for additional ACE enhancements that arise from CBP’s active dialogue with industry, government agencies, and congressional stakeholders.

Despite such efforts, CBP is still struggling to collect all the duties that are owed on US imports from China and accurate data about the value of such imports, according to Magnus. She noted that the United States has a very high de minimis level of $800 on imports, making it easy for US buyers to legally import small electronics items worth up to $799 without paying any duties. “This has added a burden on importers now that they are dealing with container loads and truckloads of little tiny packages. This also endangers the American public because the IPR [intellectual property rights] violative goods are, for the most part, are coming from China.” Maintaining this high de minimis seems particularly unreasonable to some at a time when those duties are supposed to counter-balance tariffs and other trade barriers on US exports to China.

Ross sees two different issues at play. “You have quantities of goods coming in that may not be compliant, may have improper ingredients in terms of make-up or creams, et cetera, and if you order online you often have no idea where the stuff is coming from,” she said. In addition, “there are just a lot of things that are intentionally undervalued.” Millions of packages are arriving every day, and the package delivery firms only know what they’ve been told is in the shipments. These are powerful reasons to distrust the accuracy of US-Chinese trade figures.

Even so, Magnus said she is unaware of any pressure from inside the US to lower the de minimis in 2020, so that CBP can collect as much revenue from the 301 tariffs as it legally deserves. Why not? “There are some very heavy lobbyers who have found it in their best interests to keep the de minimis so high,” and they have convinced Congress that it is good for trade.