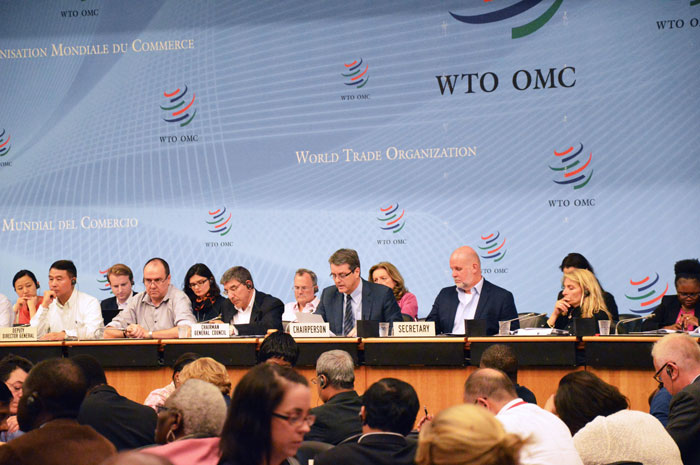 India’s refusal to give in on protecting its food subsidy program spelled the end of a World Trade Organization pact aimed at improving global trade facilitation.

The Bali Package of reforms would have been the largest trade deal in the WTO’s 19-year history by improving global standards and procedures for expedited shipments and creating a single window for the submission of manifest to all relevant government agencies. The deal, which was originally agreed to by WTO’s 160 members in December, also would have created trusted trader programs.

“The vast majority of WTO members are stunned that the consensus reached in Bali has been overturned,” John Murphy, U.S. Chamber of Commerce senior vice president for international trade policy, said in a statement. “Concessions India won in Bali relating to its soaring agricultural subsidies could also be in abeyance.”

Some WTO members are talking about moving forward on the deal without India, according to an anonymous source quoted by Bloomberg. The failure further jeopardizes the credibility of the WTO, which has failed to pass a multilateral trade deal. In the absence of a major WTO trade deal, regional trade deal pushes have emerged, namely the Trans-Pacific Partnership and the Transatlantic Trade and Investment Partnership. Even so, some trade experts argue that the “balkanization” of trade ultimately makes trade facilitation more complex by creating multiple sets of rules.

India’s rejection of the deal in order to protect its food surplus stockpiles also casts doubt on whether newly elected Prime Minister Narendra Modi is as dedicated to reform as he pledged during his election campaign. India has lost economic growth opportunities because of bureaucracy and inferior infrastructure.