Pacific trade agreement in limbo after US Senate vote

Pacific trade agreement in limbo after US Senate vote 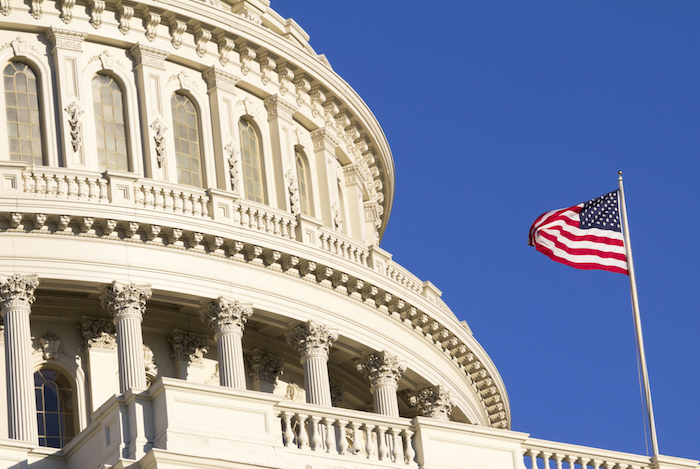 A long-awaited Pacific trade deal between the U.S. and other Pacific Ring nations hangs in limbo now after failing to muster enough support in the U.S. Senate.

In a 52-45 vote Tuesday afternoon, lawmakers forestalled discussions over a new measure that would have given President Obama trade promotion authority. The so-called “fast-track” authority would have given the U.S. President the power to advance the much anticipated 12-nation Trans-Pacific Partnership, among other deals.

Ahead of Tuesday’s vote, Sen. Orrin Hatch, R-Utah, chairman of the Senate Finance Committee, told Reuters that the Senate’s chance to deliver the bill to the White House “may be dead” due to strong opposition from the President’s own party and leading labor groups.

The vote Tuesday was a procedural vote, which required at least 60 “ayes” in order to pass and open the matter up for debate on the Senate floor.

Hatch, himself, told Reuters he did not know what happens next if the procedural vote failed. Now, at least for the time being, the matter will not be heard and the future of fast-track authority and the Pacific trade agreement remain in limbo.

The news Tuesday dashed the hopes of Republicans and the White House, both of whom wanted to see fast-track authority reinstated after more than seven years.

Since 2012, the Obama administration has been seeking to renew fast track trade negotiating authority, giving  the president the power to negotiate international agreements that Congress can approve or disapprove but cannot amend or filibuster. The last time the U.S. president had trade promotion authority was 2007.

That legislation and the trans-Pacific pact it could make it possible has broad support among Republican members of Congress, as well as from the 11 nations worldwide already signed on to TPP deal and trade groups like the National Retail Federation and the Express Association of America, which represents the four largest integrated express carriers in the country: DHL, FedEx, TNT and UPS.

“America’s prestige, influence and leadership are on the line,” the Republican senator from Kentucky said.

According to one estimate McConnell quoted, expedited trade deals made possible by trade promotion authority would see thousands of new jobs and millions of dollars in foreign investment just in his home state.

Today, America and other Pacific Rim nations doing business back and forth across the Pacific are being outmatched by China, he said, and it’s the Chinese people seeing the benefits of that trade.

“There’s every reason to knock down unfair international trade barriers and bring more benefits back to Americans back here at home,” McConnell said.

It’s been members of the president’s own party that have been reluctant to “jump on the bandwagon,” in the words of Senate Minority Leader Harry Reid, D-Nev. Reid and other Democrats have said trade promotion authority would leave the American people in the dark over matters of trade and hurt American workers and the middle class.

Before Tuesday’s vote, Reid said that his party would not consider the fast-track trade bill unless it was bundled with other bills, including a customs enforcement bill designed to prevent currency manipulation by other countries in trade agreements. Reid urged Congress to merge the bills into one piece of legislation.

“I’m not a fan of fast-track,” Reid said, adding, “If the Senate is going to talk about trade, we must consider its impact on American workers and the American middle class and that’s what the customs provision does.”

The GOP, however, has insisted that the customs bill is veto-bait for the White House, which could threaten trade promotion authority were they bundled together.

“What we just saw here is pretty shocking,” McConnell said immediately following Tuesday's vote, according to Politico. “What we just witnessed here is Democratic senators shutting down debate on the top economic priority of the Democratic president of the United States.”

Politico also reported that, shortly after Tuesday’s vote, Reid said he might be willing to change course and move the package of trade bills even if it didn’t include language designed to prevent currency manipulation.

“I suggest the way we move forward is to have a program where we have all of these bills discussed at the same time,” Reid said. “Everybody should just take a deep breath. I think there’s probably a way we can move forward with this.”

Republicans like Hatch, however, said they were unmoved by Reid’s remarks.

According to Politico, Hatch told reporters that the bill had become a “mess,” adding that he was “through talking.”

With little more than a week before Congress’ Memorial Day recess and still a substantial number of expiring laws left to be addressed on the Senate and House floors, the immediate future of the U.S. president's trade agenda is uncertain.

It’s been almost eight years since trade promotion authority was last in effect. Before that, the president was granted the authority between 1975 and 1994 and again from 2002 through 2007. Although the authority expired without renewal in 2007, it continued to apply to trade agreements already under negotiation until 2011. The Obama administration has been seeking renewed authority since 2012.