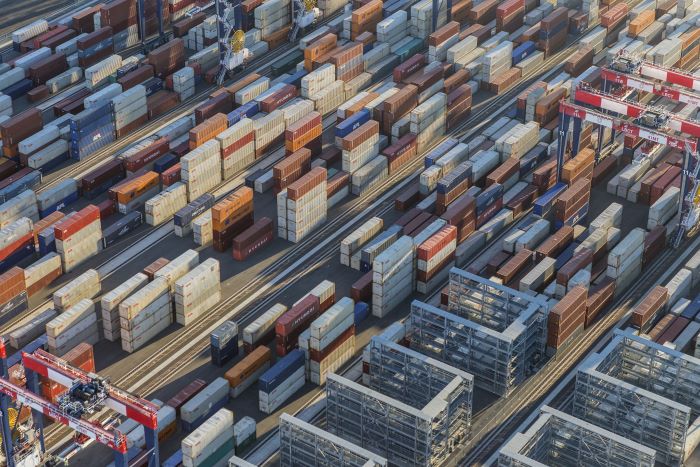 Daniel Maffei takes the helm of the Federal Maritime Commission amid renewed interest over the agency’s position on hot-button issues such as detention and demurrage penalties. Photo credit: Shutterstock.com.

Taking the helm amid a stressed container shipping system, the new chairman of the Federal Maritime Commission (FMC) wants to strengthen the agency’s enforcement and take stronger action on so-called unreasonable detention and demurrage.

Daniel Maffei, who President Joe Biden tapped to lead the regulator in late March, said there’s a need for him and his four fellow commissioners to give the FMC’s Bureau of Enforcement “strong and unified guidance.” In an interview with JOC.com, Maffei said there had sometimes been a lack of consensus on enforcement priorities when the commission was chaired by Michael Khouri during the Trump administration, which encouraged deregulation.

The last time the agency announced civil penalties was in July and February of 2018. Comparatively, in 2015, during the Obama administration, the FMC announced four separate penalties. Now that there are five commissioners confirmed, unlike in years past when there were only three, and new staff, Maffei wants the commission members to assess their shared priorities and give clear instruction to enforcement staff.

“With the size of our staff, we are not going to catch everybody, and we may only catch a fraction of (violations). However, I believe if we can establish the right type of deterrent effect showing that these practices won’t be tolerated, it will have a positive rippling impact,” Maffei said. “If I have to go to Congress for more funding for enforcement, I will.”

Although the agency formalized an interpretive ruling regarding detention and demurrage in April 2020 to give clearer guidance on when the fees should be levied, Maffei said he’s concerned that the industry isn’t fully heeding the FMC’s warning that such fees should encourage the pickup of import containers and return of empties, rather than be revenue generators. US port congestion over the last eight months has only made the long-running issue on when detention and demurrage charges are unreasonable more emotional for importers and exporters as they shell out tens of millions of dollars for storage penalties.

“I’m interested in putting some teeth behind (the interpretive rulemaking) and creating better processes to make sure it’s complied (with),” he said. “There has clearly been abuse.”

Maffei stressed that the storage fees for when shippers and consignees don’t pick up containers from terminals on-time or are late returning containers are needed to incentivize the flow of cargo through ports. Even if the agency had the authority to suspend detention and demurrage fees, which he doesn’t believe it does, Maffei said such a move would hurt cargo flow overall, including for those such as agricultural exporters and truckers, who are advocating a complete end to such fees.

FMC in the spotlight

Maffei — who was nominated to the FMC by former president Barack Obama in 2015 and joined the commission the following year — takes the chairmanship during challenging times for the agency. The FMC has been forced to step into a quasi-policy-making role in the absence of interest in container flow by other agencies within the federal government.

Not only have elevated Asia exports to Western economies squeezed container supply chains from origins to destinations, but the frustration expressed by agricultural exporters over higher rates and the alleged refusal by carriers to accept export loads have drawn Congress’ attention to the agency. The Biden administration’s focus on supporting exporters and competitiveness with China adds another political dimension to the agency’s work.

Yet Maffei is clear-eyed on the limits of what the agency can do, despite pleas from some shippers and truckers for more aggressive action. He points to language within the Shipping Act guiding the agency to “promote the growth and development of United States exports through competitive and efficient ocean transportation and by placing greater reliance on the marketplace.” (italics added)

The FMC doesn’t regulate prices, but monitors rate and service level changes, leaving it with little ability to help exporters mitigate higher prices. Based on the agency’s monitoring of shipping alliances, there isn’t anything glaring suggesting that the marketplace isn’t working, he added.

“We can’t find any evidence and certainly nothing that would hold up in court that shows if we didn’t have these alliances, we wouldn’t have these high prices,” Maffei said.

In terms of allegations of container lines discriminating against shippers based on commodity type or unfairly making their services unavailable to some shippers, he said it’s going to be challenging to find such cases that will hold up in court.

“If Congress’ intention is that more needs to be done for exporters in this country, I agree, but it doesn’t matter that I agree. We only have as much authority as we have,” said Maffei, adding that he empathizes with agricultural exporters, some of whom he represented as a two-term congressman from upstate New York.

Saying the goal for his chairmanship is to build on the legacy of his predecessors with an emphasis on modernization, Maffei said he will have more details on his priorities in the coming months. One of them includes taking a closer look at the competitiveness of Canadian and Mexican ports, a directive the agency ended after its proponent, Commissioner Richard Lidinsky, retired in 2016.

The proposed mergers of Kansas City Southern with either Canadian National or Canadian Pacific railways and the implications such a merger would have on North American ports are worth watching, Maffei said. Lidinsky’s push to study Canadian ports was controversial, splitting the commission on its merits and spurring a debate on just how much the US Harbor Maintenance Tax hurt US competitiveness with the ports of Vancouver and Prince Rupert for US exports and imports. Maffei wants to take a less galvanizing approach.

“I am not accusing Canada of doing anything wrong,” he said. “They've done a lot of things right when it comes to investing in their infrastructure.”

Maffei says the agency will continue its role as a convener of stakeholders in the private sector, both domestic and international, and the various federal agencies affecting trade. As asked for by the FMC, and then mandated by Congress, the agency will continue its effort to find consensus among the industry by launching a shipper advisory group, consisting of 12 exporters and 12 importers, later this year.

Given its limited authority in a complicated, interconnected industry, the FMC has tried to balance building industry consensus while cautiously using the regulatory levers it can pull. As shipper frustration grows over higher prices, largely a result of a tighter market, and shipping gets more national attention, whether in mainstream media or in the Washington, D.C. corridors of power, the agency under Maffei may find that tightrope walk even more challenging.