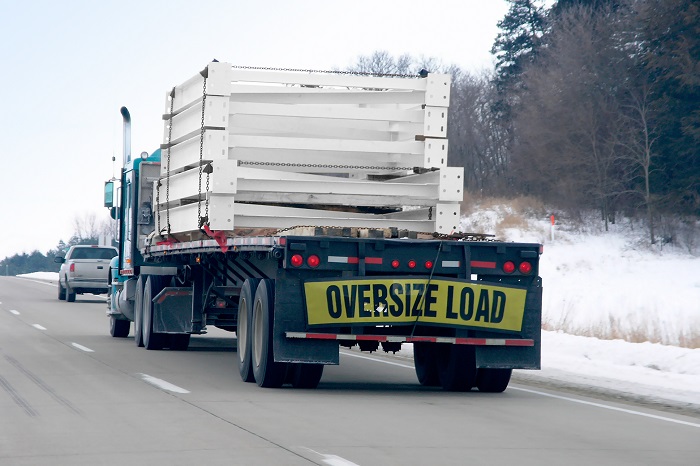 The latest bill is a continuation of the efforts by the Teamsters to dramatically increase the number of employee harbor truck drivers in the largest US port complex so the union can organize them. Photo credit: Shutterstock.com.

A bill before the California Legislature requiring that beneficial cargo owners share liability for wages, penalties, and damages to drayage drivers in lawsuits drew the expected support from the Teamsters union and opposition from the California Trucking Association (CTA) Thursday.

“Until the major retailers like Amazon, Sony, and Home Depot are held jointly liable for the unconscionable and systematic lawbreaking by their harbor trucking contractors, we will not be able to solve the problem of having thousands of immigrant drivers being treated as ‘indentured servants by their employers here at the ports of Los Angeles,’” said Randy Cammack, president of Teamsters Joint Council 42.

“In the past, the backers of this bill tried to outright ban small-business, owner-operator truckers from working at the ports. Their actions were unanimously rejected by the US Supreme Court. Now they’re back with SB 1402, which uses other means to accomplish the same goal,” said Shawn Yadon, CEO of the trucking association.

The latest bill is a continuation of the efforts by the Teamsters to dramatically increase the number of employee harbor truck drivers in the largest US port complex so the union can organize them. Under US law, independent contractors such as owner-operators cannot be unionized, but employee drivers can. The Teamsters began this push in the formative stages of the Los Angeles-Long Beach clean-truck plan of 2006. The initial attempt failed because the US Supreme Court ruled that state and local entities can not regulate interstate commerce.

Since then, the Teamsters shifted their strategy to one of challenging the employment status of owner-operators, charging that drayage companies exert enough control over drivers’ daily work routine to constitute an employer-employee relationship. Individual drivers in recent years have in fact been awarded millions of dollars in back wages, expenses, and damages, although no case sets an industry-wide precedent, so each case must be handled separately.

The bill, known as SB 1402, would order the California Division of Labor Standards Enforcement to create a list of port trucking companies that have an unsatisfied final court judgment, an assessment from the department regarding failure to pay wages, imposing unlawful business expenses on employees, or misclassification of drivers as independent contractors.

“This list will be available to every shipper who imports and exports through California’s seaports so that they are unequivocally aware of which companies are violating the law. If in turn the shipper hires a lawbreaking company, then that entity will be held liable for subsequent wage and hour violation for drivers who haul freight for them,” the Teamsters stated.

The CTA noted the nationwide truck capacity and driver shortage and charged that the “flawed process” of the California Division of Labor Standards Enforcement to use the wage-claim process to reclassify drivers as employees will aggravate the shortage. “While SB 1402 highlights the $45 million in claims brought by the California Labor Commissioner against trucking companies, it fails to address the commissioner’s willful violations of the California Public Records Act and the deprivation of due process during the hearings on those claims,” CTA stated in a release.