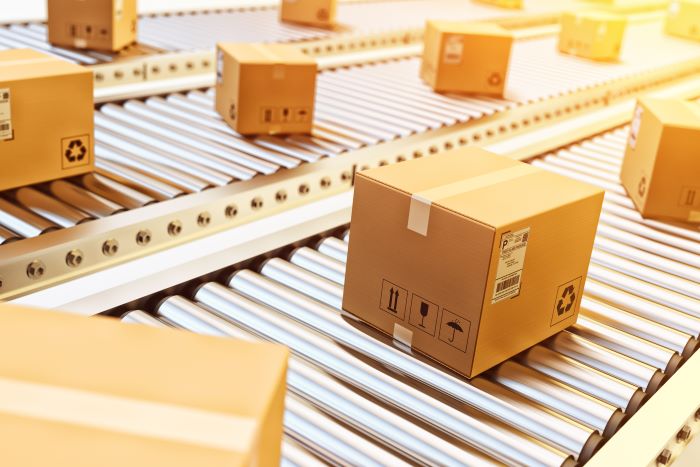 The United States has been granted permission to set its own inbound postage rates and still remain within the Universal Postal Union. Photo credit: Shutterstock.com.

Most readers from the world of mail and parcels understand that the Universal Postal Union’s (UPU's) vote for Option V is a turning point in history. The long-standing Terminal Dues (TD) structure was based on a system created long before the invention of e-commerce and its flood of small parcels into the United States, United Kingdom, Europe, and Australia.

At the initiation of the UPU in 1874, the world was a very different place — advances in technology were minimal, and China was an underdeveloped country. However, as time has passed, populations have thrived, and technology is king. But, lack of systemic change has enabled companies to build empires by selling knick-knacks and cheaply made products at low prices.

Utilizing the services of China Post, Chinese sellers have had access to solutions through antiquated UPU agreements where China sat as an “undeveloped” country. Because of this structure, the rates given to some postal entities (until June 2020) are often well below the cost for the destination postal entity to deliver the parcel from the time they obtain package ownership — therefore allowing companies to sell goods at margins not achievable by your normal domestic company, simply because of their access to cheap postal delivery solutions.

So, with China’s growth and economic development, how have they been able to retain these low rates with the UPU for the last decade?

In the UPU’s 2019 Postal Development Report, countries are ranked on a complex range of variables and formulas. Within that report, the “undeveloped” country of China is ranked 15th among 172 countries — placing them above Australia (25), Singapore (18), Norway (23), and a number of other “developed” countries that have been paying top-tier rates within the UPU for years.

Now, what do savvy sellers do to elude these high charges? They route freight through Extra Territorial Office of Exchange (ETOE) resellers. Although this might sound like an exciting sequel to an alien movie from the 1980s, it’s merely a big phrase and tidy acronym for a postal company that sets up shop in another country.

Yep — a postal entity such as Deutsche Post has the ability to register itself in another country and send parcels from the “USA” into other countries as if they had originated in Germany, allowing the Deutsche Post to access UPU rates. There are now a number of postal entities taking part in this practice and, while ETOE’s are blocked in some countries, and ETOE freight is banned from arriving in other countries, one can see how it wouldn’t take much for a few clever folks to figure out how to beat the system.

But, as time moves forward, technology advances, and countries grow, change becomes inevitable. An overlying structure needs to be relevant to the changing times, and the truth of the matter is, China’s economic development and prosperity has dramatically advanced from the underdeveloped country they were in 1894.

By remaining in the UPU, the United States retains a leadership role in the global postal system. The passing of Option V allows the US to raise prices for packages arriving from other countries in exchange for a contribution into the Union’s voluntary fund. The United States has been granted permission to set its own inbound postage rates and still remain within the UPU.

“What we’re going to do is make the USPS option more consistent with the rest of the market,” one White House official told CNBC. “It might benefit FedEx and UPS, but not at the expense of USPS.”

Countries have been forced, under UPU rules, to accept freight from countries (China) and deliver them on TD pricing. This, my friends, was the driving force behind President Donald Trump’s hard-line stance and, when you understand the nuances behind it, it’s hard to dispute why he did it. These countries will save billions by not having to deliver packages at below-cost simply because they’re part of the UPU. How so?

Non-postal cross-border companies compete in the open market against postal solutions. In certain origins (China) the postal rate has been so ridiculously low that it has eliminated the opportunity for competition within the market. With the increasing cost of postal delivery, these companies will have a more commercial opportunity to offer their services, which will now be closer to parity on cost and a possible upgrade from their postal competitors.

Although getting cheap goods sent for a cheap price may be fine for some, others prefer a higher level of delivery service. Either way, having the ability to choose your own preference allows a more personalized service and having a choice of another delivery channel, or simply having a better option, will be a major improvement on the previous solution.

I remember my wife chasing a parcel for close to six weeks before it randomly showed up one day. No parcel tracking online, no email or text notifications about when it may be delivered, no customer service email responses. Just a big, black hole. Although we may have to pay an extra few dollars for delivery, the conscious and discerning consumer will be pleased to know where in the world their parcel is (literally) and that their new bedazzled phone case isn’t adding $3 to their country’s national deficit because of an antiquated UPU system.

Under the agreed compromise, the US and any other country that decides to self-declare rates immediately will pay a total $40 million annually into the organization to fund security initiatives and contribute to the employee pension.

Where do we go from here?

In the world of UPU negotiations, we have come to a point that can be compared with a chess match between two long-standing friends. The end-game of this match is called a “bi-lateral agreement” and the outcome is a contract that simply says, “I’ll charge you X for deliveries if you charge me Y for deliveries.” Whereas, a normal commercial negotiation is centered around give and take — “I will sell you X product at Y price.” With the many variables included, one can see how the fine details are going to get a bit tricky.

In early 2020, countries are expected to begin issuing revised rate cards to one another and no one knows who will be the first to hit the “send” button. From this point on, there will be a flurry of negotiations. Will they reach an agreement? Will investigations of options reveal that there are non-postal, commercial solutions available? Will drawn-out bilateral negotiations lead to IT integrations with new commercial (non-postal) carriers?

Regardless of the final solution, I am optimistic that some decisions will be made and set live so the end consumer doesn’t suffer. This isn’t only about the US and China — it is about the world’s #1 and #2 economies. The scenario of adjusting postal delivery rates will likely continue and be repeated worldwide.

Times change, but change offers opportunity. The true test is whether you adjust to change to learn and succeed, or fall from change and disappear.