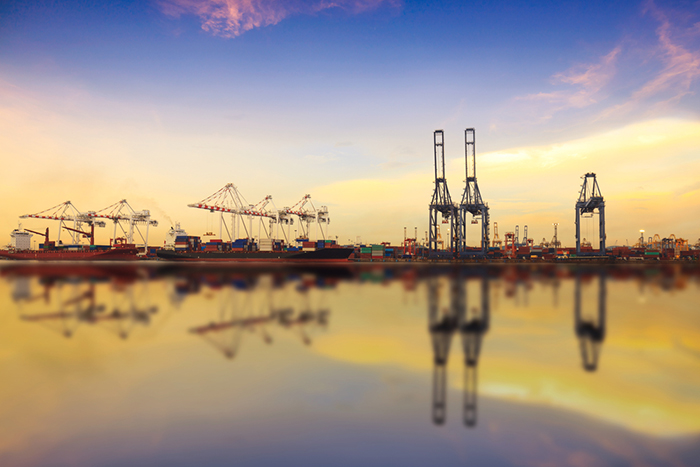 A rule meant to stabilize China's economy could threaten the country's plan to develop an international network of ports, railways, and roads to facilitate trade.

A return by China to draconian restrictions on outbound direct investment would have serious implications for access by Chinese firms to foreign markets, according to a senior IHS Markit economist.

Draft rules to sharply curb ODI would impact investment in overseas port and logistics assets under the country’s Belt and Road, or One Belt One Road, program. Investment under Belt and Road is expected to eventually rise to between $1 trillion and $2 trillion with the vast majority going to overseas projects.

China’s State Council is reportedly planning to prohibit outbound investment deals more than $10 billion and restrict mergers and acquisitions that are outside the core business of an enterprise to less than $1 billion. A $5 million ceiling that would trigger an approval process by the central government has also been drafted.

“If China implements only the upper limits, in the billions range, the impact would be relatively limited. If the mandatory approvals at a $5 million threshold are imposed, it would represent a reversal of nearly a decade of reform on ODI quantitative limits,” said Brian Jackson, a senior economist with IHS Markit in Beijing.

A large tranche of Chinese ODI has been going to infrastructure projects that impact shipping, logistics, and trade, including ports, railways, and roads. That investment is set to grow sharply under the Belt and Road program, a centerpiece of Chinese President Xi Jinping’s foreign policy and domestic economic strategy.

If central government plans for the program come to full fruition, well more than $1 trillion dollars will be poured into Belt and Road projects by Chinese banks and private sector companies.

An ODI ceiling of $10 billion on deals would likely have limited impact with individual Belt and Road projects, even development of greenfield mega-ports, which typically run well below that figure. Since companies involved in such projects are normally working within the sphere of their core business, the impact of the $1 billion restriction on M&A deals would likely also be limited.

It is the prospect of project-by-project approval for investments below $5 million that represents the biggest concern.

A day earlier, a combined statement from four government bureaus, including the National Development and Reform Commission and the Ministry of Commerce, said China would not change its regulatory framework for outbound investment but that the central government would “check and verify outbound investment projects by some companies according to relevant laws and regulations.”

Data from the ministry of commerce show Chinese ODI reached $145 billion in the first 10 months of 2016, representing a year-over-year rise of 53.3 percent. At the same time the Chinese yuan depreciated by 4.2 percent against the US dollar, and official foreign reserves fell by $209.8 billion as the central government liquidated assets to reduce the pace of decline in the exchange rate.

The reported draft policies “almost certainly aim to reduce the hot money portion of ODI” following repeated warnings against rapid opening of the country’s capital account, according to Jackson.

“While this would indeed provide stability and have negligible negative impacts on China's domestic economy in the near term, if the rules persist then Chinese firms would face far more limited access to foreign markets, technology, and other knowhow, the very reasons the approval limits were reformed in the first place.”

Rules on outbound investment were relaxed in 2009 to help foster better access for Chinese companies to foreign markets.

There is so far no indication when the draft rules may be finalized and implemented.

Belt and Road is a planned network of port and coastal infrastructure projects stretching from south and southeast Asia to east Africa and the northern Mediterranean. It also includes a network of overland road and rail routes, oil and natural gas pipelines and other infrastructure projects stretching from Xi’an in central China, through Central Asia, and on to Russia and Europe.

Bilateral funding commitments under the program officially began last year, including a $46 billion commitment to Pakistan for the development of the three major ports at Gwadar, Karachi, and Qasim and other projects within the China-Pakistan Economic Corridor, a key Belt and Road artery.

A report by Citibank earlier this year said southeast Asia’s infrastructure is emerging as a major beneficiary of the program, with Chinese companies accounting for 17 percent of infrastructure investment across the region over the course of 2015.

Major Chinese-invested port projects in the region include the expansion of Kuantan Port and phase 1 development of Samalaju Port, both in Malaysia, by Guanxi Beibu International Port Group and China Harbour Engineering Company; the development of Tanjung Sauh Port on Batam Island in Indonesia by China CAMC Engineering Company, and the construction of a deep-sea port on Madae Island, Rickhane State, Myanmar, by China National Petroleum Corporation.

Analysis: China to shape international trade via Belt and Road