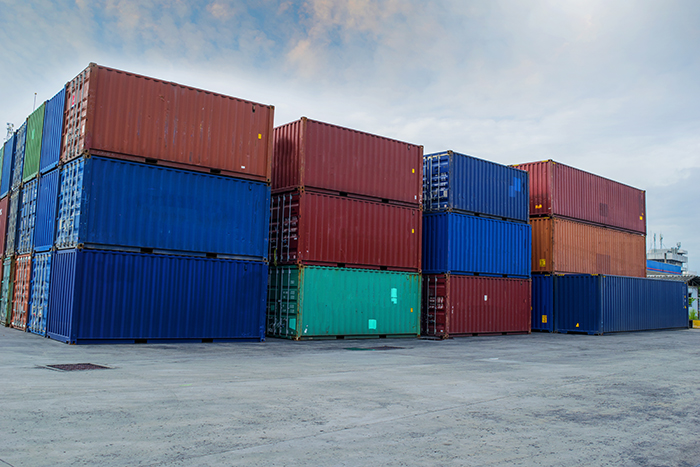 Bangladesh has commissioned two studies of the technological and economic feasibility of a mid-sized seaport north of Chittagong and a floating terminal in Chittagong as the country works to open chronic maritime trade bottlenecks.

The Mirsarai Economic Zone would anchor the port, while the floating terminal near Chittagong would be used as a transshipment point where containers from feeder vessels will be offloaded to small container ships to reach inland container terminals (ICTs) near Dhaka, which would help ease the regular congestion at Chittagong. Chittagong handled 2.3 million TEU last year, well above its designed capacity of 1.6 million TEU.

“Dhaka-based shippers will be able to avoid congestion on highways and in Chittagong port if they use river routes to the harbor for carrying containers. Both time and cost will also be saved,” said Iqbal Chittagong Port Authority (CPA) Rear Admiral M Khaled Iqbal.

Vessels from Dhaka and ICTs throughout the country can bring their cargo to the floating harbor for loading onto vessels bound for Singapore or Colombo. Government data show that nearly 70 percent of containers at the Chittagong port originate from, or are destined for, Dhaka, of which only 17 percent are being transported by river or rail. The remaining 83 percent move by truck.

ICTs are a key part of the government’s efforts to improve supply chains, and the government built the first, the Pangaon ICT, which was completed in 2013 to lower the costs of shipping from Chittagong to the Bangladesh hinterland. Several private companies are building their own ICTs to utilize river shipping to bypass acute road congestion, and the government is also building two ICTs in Narayanganj and another in Ashuganj. Some ICTs under construction will be able to accommodate 90-meter-long (295 feet) and 4 meter draft vessels according to officials.

A pre-feasibility study by CPA found both projects to be viable, Iqbal told JOC.com. Netherlands-based Public Domain Architecten is studying the floating terminal, while the governments of Denmark, Japan, and Bangladesh are jointly studying the Mirsarai, which would have a depth of 9.5 meters near the economic zone situated on 30,000 acres and set for opening next year.

“It will be a mid-sized seaport having options to further expansion in the future,” Iqbal said. “In other countries every big economic zone remains linked with a seaport for quick handling of goods.”

Scores of foreign companies are in talks with the economic zone to establish operations there, and the authority overseeing the site expects $30 billion in investment over the next 15 years.

Bangladesh for the current fiscal year expects to export $41 billion in merchandise, up from $37 billion in the last fiscal period.