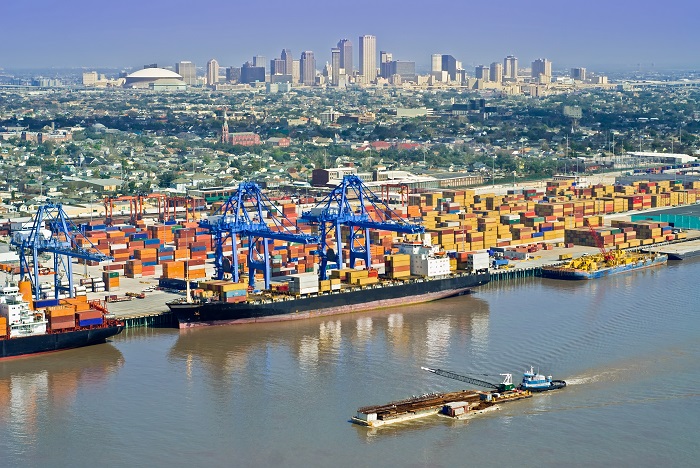 
The US Federal Maritime Commission (FMC) opens 2018 with two vacancies and what longtime watchers of the regulatory agency expect will be a cautious approach to port congestion and other issues.
The resignations of Commissioner William Doyle at the start of this year and of Chairman Mario Cordero last May have left the FMC with three members instead of its full complement of five, and a Republican majority that has favored a light hand on regulation.
Acting Chairman Michael Khouri will lead the FMC’s Jan. 16 to 17 public hearings on a shipper-led petition for relief from demurrage and detention charges resulting from delays beyond a shipper’s control. Separately, Commissioner Rebecca Dye received unveiled a study soon on how to improve supply chain resilience and reliability.
Khouri and Dye, both Republicans, have tended to favor a light hand with the commission’s regulatory approach, and have encouraged the industry to seek commercial solutions to problems.
On the issue of demurrage and detention, Khouri has expressed skepticism about the commission’s ability to devise a uniform standard that meshes with the wide range of commercial terms and conditions in shipper-carrier service contracts and marine terminal tariffs.
Dye’s supply chain initiative has sought industry ideas on information gathering and sharing and other ways to improve cargo flow.
The petition on congestion-related fees and Dye’s report on supply chain improvements stem from a spike in port congestion that in 2014 led Cordero to declare port issues the commission’s top priority.
Shippers and intermediaries complained that gridlock at ports prevented truckers from accessing marine terminals and exposed them to hefty demurrage and detention fees for picking up or returning containers after allowable free time had expired.
The cargo interests argued they should not be penalized for problems they did not cause. Ocean carriers and terminals responded that cargo delays have myriad causes, including some to which shippers contribute, and that trying to craft a one-size-fits-all rule would be an exercise in futility.
The request for FMC intervention on detention and demurrage was spearheaded by organizations including the National Retail Federation and the National Industrial Transportation League, and also included motor carriers.
Although the FMC received 115 comments on the petition, mostly favoring change, there is no guarantee the commission will intervene. Many shippers and truckers had seen Doyle and Cordero as the commissioners most likely to push hard for reforms.
The last few years have been lively ones for the FMC as it has sought to keep pace with a flurry of mergers, acquisitions, and with reshuffling of global carrier alliances. Much of the attention in the coming year will be on efforts to ease commission regulations.
The commission recently launched an effort to identify regulatory changes that would improve industry practices and commission operations. Karen Gregory, the FMC’s managing director, was named to the additional post of regulatory reform officer.
Regulatory changes in the works include tweaks to rules for contracting by non-vessel-operating common carriers (NVOCCs); the 1998 Ocean Shipping Reform Act prohibited NVOCCs from entering the same kind of confidential service contracts that vessel operators negotiate with shippers.
In November, the commission unanimously approved proposed changes to make it easier for NVOCCs to offer NVO Service Arrangements and NVO Rate Arrangements, both of which were created to allow NVOCCs to contract with beneficial cargo owners.
Contact Joseph Bonney at joseph.bonney@ihsmarkit.com and follow him on Twitter: @josephbonney.
Regulation & Policy
International Logistics
International Logistics›Logistics Providers
North America
North America›United States
Government
ARO Issue Year:
2018

UP to expand domestic intermodal capacity in Southern California