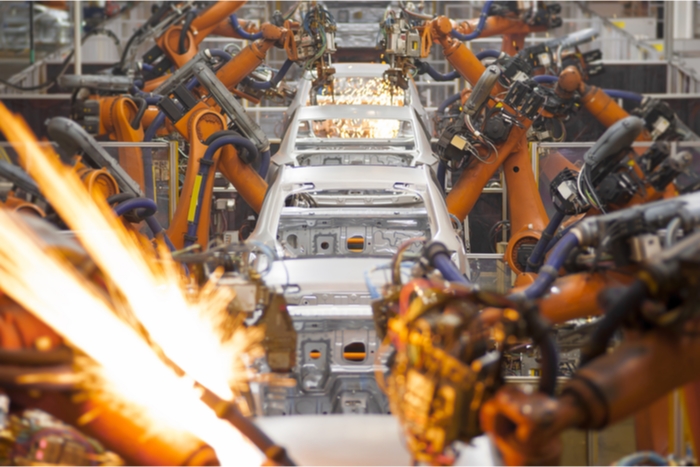 US tariffs on European Union auto makers are still pending, and while the coronavirus may have put the brakes on the trans-Atlantic trade dispute, the issues have not gone away. Photo credit: Shutterstock.com.

The “phase one” trade agreement signed in January between the United States and China will cut demand for nearly $11 billion in European goods, with the German and French manufacturing sectors particularly hard hit, according to a new study from the US Chamber of Commerce (AmCham).

In its Trans-Atlantic Economy 2020 report released Thursday, AmCham said under the phase one deal, China has committed to buying $200 billion more of American-made goods and services over the next two years. AmCham believes this will have the effect of creating a surge in new export orders for US firms, and a significant shift and redirection in Chinese purchases toward the US and away from other regions of the world, including Europe.

Report co-authors Joe Quinlan and Dan Hamilton of the Foreign Policy Institute at Johns Hopkins University in Maryland wrote that the collateral effects of the US-China “trade war or trade truce” on Europe would begin to mount in 2020, exacerbating the growing impact of tariffs being levied by the US on the EU.

“The US and China are fundamentally disengaged at the moment. There is a real split there and Europe is getting caught in the middle,” Quinlan told a webinar announcing the report.

Following the signing of the phase one deal, and the ratifying of the United States-Mexico-Canada Agreement (USMCA) by the US Congress, the crosshairs of Washington trade negotiators have lined up on Europe. A threat of US tariffs on European-made autos is pending, on top of the World Trade Organization (WTO)-authorized tariffs already being imposed on the EU’s finished aircraft, French wine, Italian cheese, and other goods stemming from the Airbus subsidy trade dispute. The Trump administration last month said it would increase existing US tariffs on EU aerospace products from 10 percent to 15 percent because of European subsidies paid to Airbus.

The EU in June 2018 levied 25 percent tariffs on US-made bourbon whiskey, motorcycles, and orange juice in response to the US imposing global import duties on steel and aluminum. France, Italy, and the UK, meanwhile, have put forward proposals for a digital services tax on large technology companies, many of which are headquartered in the US, a move that prompted threats of further tariff escalation from Washington.

No time to pull up the drawbridge

Marjorie Chorlins, senior vice president for European affairs at AmCham, said on the webinar that the trans-Atlantic relationship was already under significant strain before the coronavirus disease 2019 (COVID-19) began to hurt both economies. She highlighted the uncertainty that surrounds the terms of a UK-EU agreement on Brexit, and a UK-US bilateral trade agreement that is also under discussion.

“All these issues may be taking a back seat for the time being, but they are certainly not going away,” Chorlins said. “We have to resist the real temptation to pull up drawbridges and turn inwards. We have all seen this protectionist movie and it doesn’t end well.”

Now is not the time for conflict, agreed Susan Danger, CEO of AmCham Europe. She said strengthening the longstanding partnership between the EU and the US was now more critical than ever.

“We need to build a positive agenda for the trans-Atlantic relationship,” Danger said on the webinar. “We have absolutely no time to waste on unilateral actions, tit-for-tat measures, or new barriers to trade.”

Trans-Atlantic trade has been growing in the past few years, with 2019 standing out as the strongest performance since 2015. Total containerized trade between the US and Europe grew 4.1 percent to 5.67 million loaded TEU in 2019, with US imports accounting for 65 percent of the total and exports 35 percent, according to figures from PIERS, a sister product of JOC.com within IHS Markit. That was down only slightly from the 4.5 percent year-over-year growth in 2018. In value, AmCham data shows the US imported $515 billion worth of goods from the EU last year and exported $337 billion in goods to the EU.

AmCham believes the underlying strength of the trans-Atlantic economy is sturdy enough to weather the coronavirus storm, but that would largely depend on the ability of the US and Europe to address the rising trade tensions and avoid continuing down the current protectionist path.