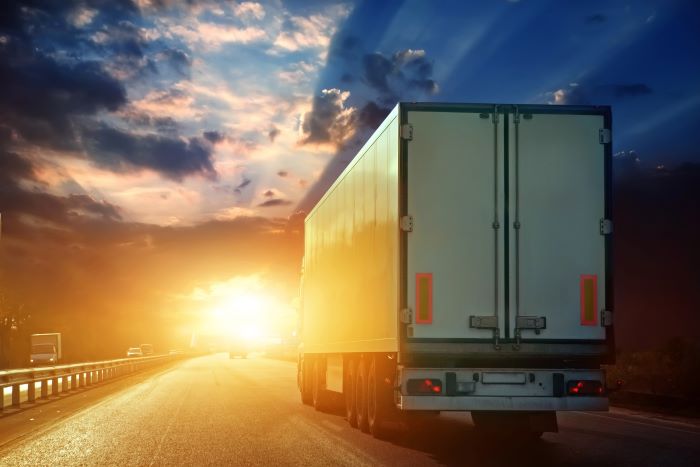 There’s little question the electronic logging device mandate is changing the landscape in and outside the truck cab, perhaps in ways that aren’t yet clearly seen. Photo credit: Shutterstock.com.

(This is the first of a two-part report on the impact of the electronic logging device mandate. The second part will be published next week.)

The electronic logging era is in full swing, after the last deadline in the 2015 electronic logging device (ELD) mandate passed Dec. 16. All commercial truck drivers are now required to use ELDs, except for those who aren’t required to log their duty hours or obtained an exemption over the past two years — a fairly limited group of specialized drivers.

Reading some headlines in the general media, you might think the ELD mandate was just launched on unsuspected truck drivers. In fact, truck drivers have been required to use electronic logs rather than paper ones to record their work and rest hours since Dec. 18, 2017, and the requirement has been fully enforced since April 1, 2018.

What’s changed is the end of the “grandfather period” for older electronic logging technology, the automatic onboard recording devices (AOBRDs) some trucking companies have used for years. Motor carriers with AOBRDs were to replace them with ELDs by Dec. 17, and US regulators and state authorities said there would be no period of “soft” enforcement.

After two years, however, what has the impact of the ELD mandate been? Has it lived up to expectations or fulfilled its purpose? How will it affect transportation in the future? Debate over each of those questions is often heated, but there’s little question the ELD is changing the landscape in and outside the truck cab, perhaps in ways that aren’t yet clearly seen.

Some promises have been realized, but others remain unfulfilled two years into the ELD era.

To date, civilization has not collapsed. Freight continues to flow, and shippers this week did not report problems on a scale similar to those seen in December 2017, when the ELD mandate forced stricter adherence to hours of service (HOS) regulations by truck drivers who had been skirting the rules by falsifying paper logs, resulting in tighter truck capacity and longer transit times.

There’s disagreement over how many drivers and trucking firms are complying with the ELD mandate. Some sources believe most truckers are compliant, while others, including some ELD vendors, think there are still plenty of truckers using older AOBRD technology, or not using an electronic log at all. Those drivers will find it harder to avoid detection as 2020 unfolds.

For shippers, the chief immediate concern is their trucking partners may not be compliant, and their shipments could be at risk if a driver still using an AOBRD is pulled over and put out of service. After that, shippers may find some drive time has slipped off the clock as truckers transition from AOBRDs to ELDs, which are more precise in recordkeeping.

The Federal Motor Carrier Safety Administration (FMCSA) published its final rule promulgating the ELD mandate in December 2015 after being ordered to do so by Congress in the transportation spending bill known as the 2012 Moving Ahead for Progress in the 21st Century Act, or MAP-21. That action followed years of contentious legal wrangling over ELDs.

The goal of the mandate, according to the language of MAP-21, was “to improve compliance by an operator of a vehicle with HOS regulations.” There’s plenty of additional verbiage in the act about the ELD and the mandate, and criteria for ELD performance and development of certification procedures, but improved HOS compliance was the key goal.

In that regard, yes, the ELD mandate is working. Truck driver HOS violations for exceeding daily driving and on-duty limits dropped significantly in fiscal year (FY) 2019, which ended Sept. 30 and included the first full year of ELD enforcement. However, the number of violations issued for falsifying driver logs increased from 2018. ELDs haven’t entirely eliminated cheating.

Under the HOS rules, truck drivers may drive up to 11 hours a day and work a total of 14 hours per day in a 60- or 70-hour period. They are required to take 10 consecutive hours of off-duty rest between daily on-duty shifts. The 11 hours of driving time includes a mandatory 30-minute break after eight consecutive hours on duty. The driving clock starts when the driver begins the day.

Roadside inspection data shows the number of violations issued for driving beyond the 11-hour daily limit dropped 33.6 percent year over year in FY 2019, after falling 31.6 percent in FY 2018, the period that included the introduction of the ELD mandate in December 2017. Over two years, the number of “11-hour-rule” violations were down 54.6 percent, according to the data.

The double-digit size of the percentage change in both violations suggests the trend is a result of improved compliance with the HOS rules, rather than a change in enforcement levels.

The number of false log violations, however, rose 18.1 percent in fiscal 2019 to 38,092. That’s still 7.4 percent below the recent peak of 41,114 false log violations in FY 2017. The driver violation data, collected by the FMCSA, support claims that the ELD mandate has improved HOS enforcement, although problems remain.

Although the mandate gave improving HOS compliance precedence, the regulation itself also states, “this rule improves commercial motor vehicle (CMV) safety.” In its Dec. 10, 2015 final rule, the FMCSA estimated the mandate would save between 31 lives annually and help prevent 2,217 truck crashes. How well it’s done that, however, is hard to determine.

Overall, the number of truck-related fatalities on US highways has been rising. Truck-related fatalities climbed 0.9 percent to 4,951 in 2018, the first year of the ELD mandate, according to data from the National Highway Traffic Safety Administration (NHTSA) Fatality Analysis Reporting System (FARS). Since 2014, that fatality number has risen by more than 1,000.

The ELD mandate hasn’t reduced the number of truck crash deaths, but because of a substantial increase in the number of vehicles and vehicle miles traveled, it’s hard to pin those deaths on a failure of the ELD to make highways safer. Once again, the fatality numbers and related statistics have been rising long-term, not just since the implementation of the ELD mandate.

If the ELD hasn’t demonstrably improved highway safety, has it hurt it? Critics of the mandate argue it has, claiming being “on the clock” leads truckers to break speed limits to travel more miles and make more money. The number of speeding violations given to US truck drivers rose 7.8 percent to 146,945 violations in 2018, according to a review of FMCSA data.

That followed a 1.1 percent increase in 2017, and a 9.7 percent leap in 2016, the FMCSA data indicate. From 2015 through 2018, the overall number of speeding violations issued to truck drivers rose 19.5 percent, the FMCSA data shows, with the number of tickets for speeding 15 mph or more beyond the limit, often considered reckless, increasing 30.3 percent.

A recent study by three university researchers found unsafe driving violations shot up at smaller trucking firms in the wake of the ELD mandate last year. The study was based on a survey of roadside inspection, accident, and violation data from carriers of various sizes from January 2017 through September 2018, before and after the ELD mandate took effect.

The authors — Alex Scott of Northeastern University, Andrew Balthrop of the University of Arkansas, and Jason W. Miller of Michigan State University — did find the ELD mandate “unequivocally” improved HOS compliance, but may have “encouraged” unsafe driving behavior, including speeding, especially at trucking companies with 21 to 100 trucks.

“Compared to large asset-based carriers, drivers for smaller carriers were cited in much higher numbers after the ELD mandate went into effect,” the researchers said. When it came to accidents, “gains from fatigue reduction were offset by increases in unsafe driving behavior.”

However, others say that blaming the ELD for an increase in speeding is the equivalent of attributing obesity to the use of a fork. The driver decides whether to break the law by violating speed limits. And truckers who can only make money by violating the law and putting themselves and others on the road at risk need to revisit their business model.

Global Shipping Outlook: A Sneak Peek at 2021
Port Performance North America: Managing Cargo Flow During a Pandemic — and Beyond
END_OF_DOCUMENT_TOKEN_TO_BE_REPLACED