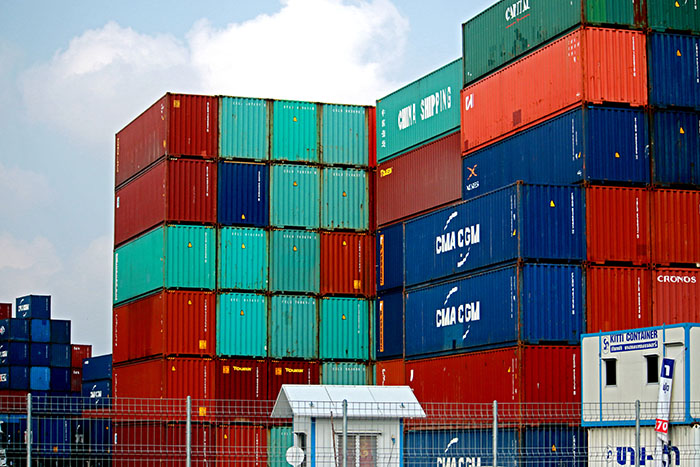 Exports will be the primary source of growth in Japan's container trade this year.

An index compiled by a subsidiary of third-party logistics provider Nippon Express shows that Japan’s exports of food and drinks and metal products will lead growth in the country’s container trade this year.

Nittsu Research Institute and Consulting’s (NRIC's) survey of 980 companies that form the “transport tankan,” an index that measures container shipping activity, found that exports came to 5 in the first fiscal quarter that ran from April to June, an improvement on the 3 registered in the first quarter. Imports clocked in at -2, up from -4 in the preceding quarter. The index figures are representative of the percentage of Japanese companies for which imports or exports rose year over year, except those saying they fell.

In terms of exports, the April-to-June index for the food and beverage industry led the pack at 35, and the wood and furniture industry came in second at 33. Metal products were at 28 and pulp and paper were at 26.

The strongest markets for Japanese exports were Asia, which at 7 was up from 4 in the prior quarter. Nineteen percent of respondents said exports to Asia rose, and 12 percent said they fell. The North American market also showed improvement, with -1, compared with -4 in the previous quarter. Europe was at -4 compared with -5.

As for containerized imports, metal products led the April-to-June index, with 13, followed by food and drink at 12. The paper and pulp industry ranked the lowest, at -43. NRIC said.