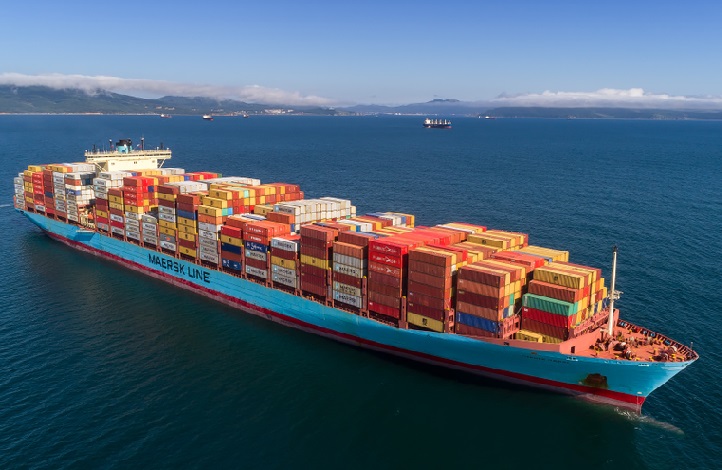 The Maersk survey found that a spike in demand for a wide range of Indian-made goods — particularly automobiles and mechanical appliances — as well as refrigerated shipments, aided export growth. Photo credit: Shutterstock.com.

India’s container trade volumes continue to soar, and the emerging market economy needs to build/expand infrastructure to continue that momentum, one of the world’s leading ocean carriers highlighted in a new regional trade analysis.

Maersk Line said India’s container exports surged 10 percent in the third quarter (July-September), while imports jumped 9 percent compared with the same period in 2017. (That follows a 15 percent export decline and a 3 percent import increase in third quarter 2017 compared with 2016.)

The report said the export surge was propelled by a combination of factors: a resurgent manufacturing sector, thanks to the government’s renewed ‘Make in India’ program; benefits accruing from the devaluation of the Indian rupee against the US dollar; a general demand pickup in international markets; and more-favorable market conditions, following China’s Jan. 1 tightening of environmental rules that undermined local firms’ long-time production cost advantages.

Further, the survey found that a spike in demand for a wide range of Indian-made goods — particularly automobiles and mechanical appliances — as well as refrigerated shipments, aided that export growth. Meanhwhile, imports were largely propelled higher by recyclable paper, metals, and white goods, the carrier stated.

"With fast growing trade figures that are significantly higher than the estimated global containerized demand growth [which in fact slowed during the third quarter], coupled with strategic competitive pricing, India is emerging as a favorable trade destination for both advanced and emerging markets,” said Steve Felder, Maersk’s managing director for South Asia.

The analysis found that West India dominated third-quarter exports — with demand surging from markets in the United States, the United Arab Emirates, and Nigeria. Also, the bulk of India’s third-quarter import growth came from Canada, South Korea, and China.

Felder also highlighted that India’s recent logistics reforms — such as direct port delivery (DPD) services and the abolition of restrictive cabotage rules — have proved to be a major catalyst for growth of the country's export-import trade with other nations. “The efforts to create a more pro-business, investor-friendly environment are clearly visible, as the economy recently advanced 23 spots to rank 77th in the World Bank’s latest ‘ease-of-doing-business’ index,” Felder stated.

Felder added that as the freight industry works to realize the full benefits of reforms already in place — including the unified Goods and Services Tax (GST) program — digitization and blockchain technology innovations under way are expected to dramatically change the logistics segment in the years ahead.

“What cannot be ignored is that the hinterlands of India cannot be developed in exclusivity. An inclusive approach, covering the development of both the hinterlands and the urban coastal area, holds the key to overall progress,” Venkataraman said. “Only when the inland is connected to the coast, when they are on an equal playing ground, with continued access to the latest technologies, knowledge, and infrastructure, will the full potential of our great nation be realized.”

Although much is still on the drawing board, the government’s Sagar Mala program — originally involving public-private investments worth $180 billion for projects related to port modernization, port connectivity improvement, port-led industrial development, and coastal community development — is seen as a panacea for many of the things ailing India’s trade development efforts.

Maersk currently represents roughly 20 percent of India’s container transportation, and the carrier has been working vigorously to establish a stronger foothold in the emerging market via synergistic supply chain solutions and technological advances. In addition, the company has shifted all operations from the publicly owned Chennai port to a new, modern, private terminal at the nearby Ennore port for greater efficiency.