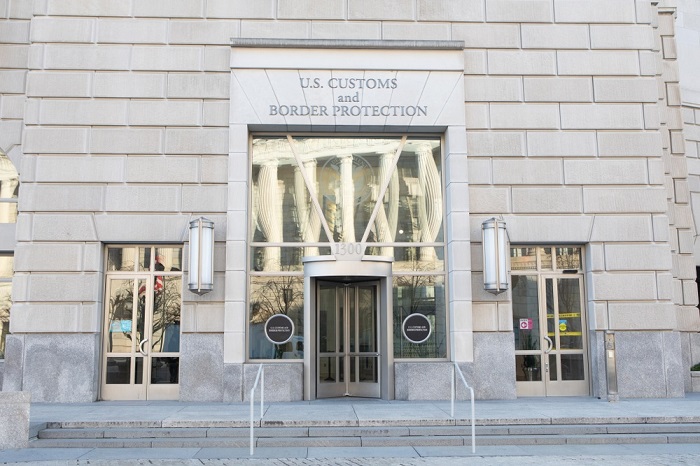 The US Customs and Border Protection headquarters shows little activity, due to the partial government shutdown. Photo credit: Shutterstock.com.

While the partial US government shutdown isn’t disrupting the clearance of cargo, customs brokers are increasingly worried that smaller pinches, ranging from the proper coding of commodities to errors in paperwork, will become frequent and larger if federal workers remain furloughed much longer.

There is also a possibility that port authorities would have to shell out additional money to pay US Customs and Border Protection (CBP) for overtime and extended weekend inspections since the shutdown coincides with the Chinese New Year surge of volume. Reimbursing CBP is not an issue that only occurs during a shutdown. The Section 559 Program was enacted in 2014, allowing CBP to be reimbursed by port authorities for extra hours on the job.

John Young, director of surface transportation policy for the American Association of Port Authorities (AAPA), said that the shutdown only exacerbates the situation. The line between what constitutes overtime hasn’t changed during the shutdown, but Young said it makes a tenuous situation worse.

“It exacerbates everything. There is just a lot of uncertainty right now,” he said.

This direct impact is an ‘if,’ however, because Young hasn’t seen any evidence to suggest the shutdown translated into more reimbursable hours.

The Food and Drug Administration (FDA) is funded, so it continues to operate normally. The Environmental Protection Agency (EPA) has minimal staff working on clearances and pre-arrival approvals for commodities in their jurisdiction, such as pesticides, but CBP is conditionally releasing FDA and EPA cargo to maintain fluidity through terminals.

Nuisance, rather than paralyzing problems, so far

The problems occuring are nuisances rather than paralyzing right now. Paperwork filed in CBP’s automated system, for example, isn't always going through properly and is causing logistics providers to spend time digging for answers on their own.

The AAPA said that ports are having difficulty getting reimbursed for grants given by the Federal Emergency Management Agency, US Department of Transportation, US Maritime Administration, and EPA covering issues such as port security, infrastructure rebuilding, maintenance and repair, and terminal expansion.

“The immediacy of having personnel to clear freight and do inspections are first and most critical. From a scale standpoint, they were minor nuisances and have become nagging concerns for our members,” said AAPA spokesperson Aaron Ellis.

He said another port has been unable to receive the permitting necessary from EPA and the National Oceanic and Atmospheric Administration to conduct maintenance and repairs.

Another AAPA member reports that a local tug boating company cannot bring in new hires to help guide containerships into terminals because there is no one available in Washington to process the necessary credentials to be a mariner.

These are annoying situations, and in some cases cause costly delays to port authorities and companies connected with the ports, but none will completely shut down cargo flows.

For customs brokers, the issue tends to revolve around properly filing paperwork with CBP.

Jan Fields, corporate director with John S. James Co., said the company has run into issues reporting trade data to the federal government on commodities in which the rules changed on Jan. 1.

“CBP has an update that tells us when you’re moving X, you must report in units of Y, but they cannot send it out because employees are furloughed. The information is in their system, so we can find the information, but it takes us extra time when we have to search for the answer,” she said.

The issue is particularly troubling for exports because if they don’t properly file the data, the computer system will generate an error.

“When you export an item, you have to transmit information to the US Census on the product. Any classification number valued over $2,500 requires you report the overall value and reportable quantity. When you report the information, you receive a transaction number and put it on the ocean bill of lading. The carrier cannot take the container without that information,” Fields said.

She said there haven’t been any cases yet in which an export was unable to be placed on a vessel, but it’s an issue that would become increasingly likely as the shutdown continues.

There also haven’t been any recurring issues from importers filing for a release of cargo through customs, but brokers are worried problems will occur and no one will be available to resolve them.

For now it remains a wait-and-see situation. Cargo owners are worried their goods will get stuck in a bureaucratic abyss during the shutdown, but so far containers appear to be moving normally for a January.