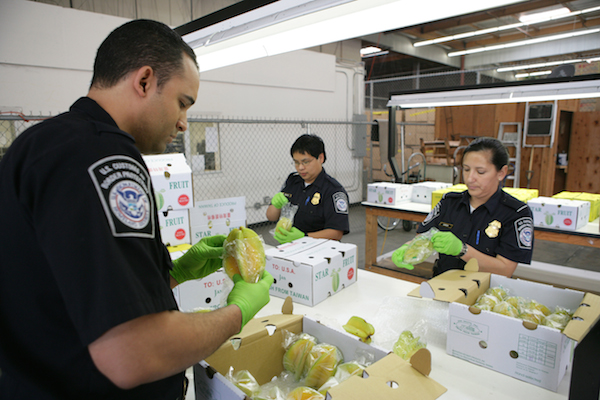 Although all signs are pointing toward a smooth resolution for the U.S. West Coast labor negotiations, the chance for disruption at ports manned by the International Longshore and Warehouse Union isn’t off the table just yet. Following the release of guidelines for ship and cargo contingencies plans from U.S. Customs and Border Protection, a customs expert has shared his insight into what to do in the event of a serious labor disruption.

Daniel Myler, who is a customs committee member with the National Customs Brokers & Forwarders Association of America and customs administration manager for Carmichael International Services, said shippers, carriers, forwarders and brokers should firstly know who to call at their port of business if a strike or lockout does occur. Customs said in its guidelines release that impacted West Coast ports will designate a point of contact for trade inquiries regarding specific procedures for each port, and that information will be posted on CBP’s Unified Business Resumption site. Myler, who last week participated in a conference call with Customs along with representatives of other trade associations to talk about the guidelines, said stakeholders should definitely find out who that person is, and recommended continually checking for new instructions from Customs that may be more current as the situation unfolds.

The current contract between ILWU workers and their employers, the Pacific Maritime Association, expires at 5 p.m. today. Although reaching an agreement by the deadline does not look likely, no one is panicking and disruption does not appear imminent. Yet talks between the two groups have never been free of some sort of disruption, and in 2002 they ended in a 10-day lockout and significant slowdowns.

“If there is a diversion, it’s going to be determined by the carriers,” Myler told the JOC. “That’s the key here.”

If there is a work lockout or stoppage, the carriers will usually keep their ships at anchor for a while to see whether the ports resume operations, Myler said. But if the lockout or stoppage starts to drag out, then the carriers will decide when to divert. According to Customs, possible diversion scenarios for cargo include discharge in a foreign port, transshipment at a foreign port for delivery at the original destination port (e.g., via barge), diversion elsewhere on the U.S. West Coast, diversion to an East or Gulf Coast port or remaining in a ship at anchor until it can be discharged at the original destination port.

In terms of costs accrued from diverting cargo, Myler said those extra expenses will likely be passed on to shippers. However, he said Customs plans to reset the clock for ship arrival dates if there is a long stoppage so that duties will not be as high.

If a ship has been diverted to another U.S. port, then filers will need to delete their original entries from CBP’s system. Myler said that these deletions will actually be easier for filers because they’ll be able to use the same entry data again, and will only need to change the port of arrival for resubmission.

Myler also noted that cargo that is regulated by other U.S. government agencies, in addition to Customs, such as U.S. Food and Drug Administration-regulated freight, will not necessarily suffer extra inspections because of diversions.

“Targeting shouldn’t be very different between U.S. ports, especially now that Customs has a national targeting center,” Myler said. “It will just be a matter of processing at the port of destination.”

A spokesperson from the FDA told the JOC that it is working with Customs and is reviewing guidance documents in the event of a work stoppage.

“CBP will provide any additional guidance if needed,” the FDA spokesperson said. “FDA will continue to work closely with CBP. FDA does not anticipate issuing any additional requirements or guidance.”

A spokesperson from the U.S. Department of Agriculture’s Food Safety and Inspection Service, which regulates imports of meat, poultry and processed egg products into the U.S., also told the JOC that it is deferring to Customs in the event of diversions, and will work in coordination with the agency to process cargo entry through other ports of entry.